Turn Your Tub into JURASSIC PARK with These Rubber Duckies - Nerdist

Turn Your Tub into JURASSIC PARK with These Rubber Duckies

Folks love to paraphrase Dr. Ian Malcolm in the original Jurassic Park. “Just because you can do a thing, doesn’t mean you should.” Unless you can make Jurassic Park rubber duckies. Then you absolutely, 100% should. Lucky for us, the folks at TUBBZ are introducing characters from the Steven Spielberg classic to their line of adorable “cosplaying” duckies. The news comes to us via the folks at Geeks are Sexy.

The new Jurrasic Park duckies join an already illustrious line of rubber cosplaying bath toys, including ones for Lord of the Rings, Ghostbusters, and Star Trek. You can watch a special announcement video right here:

First out of the gate is the man (and the money) behind the park, Dr. John Hammond. The little guy really does look like Richard Attenborough, doesn’t he? As you can see, he has Hammond’s signature white suit, hat, and cane with the prehistoric mosquito trapped in amber. The second Jurassic Park duckie is the ever-annoying Dr. Dennis Nedry. His cosplaying duckie finds him looking just as he did right before chancing upon a Dilophosaurus in the jungle. He’s carrying his ill-fated shaving cream can, too, and his yellow raincoat with the Jurassic Park logo on it. 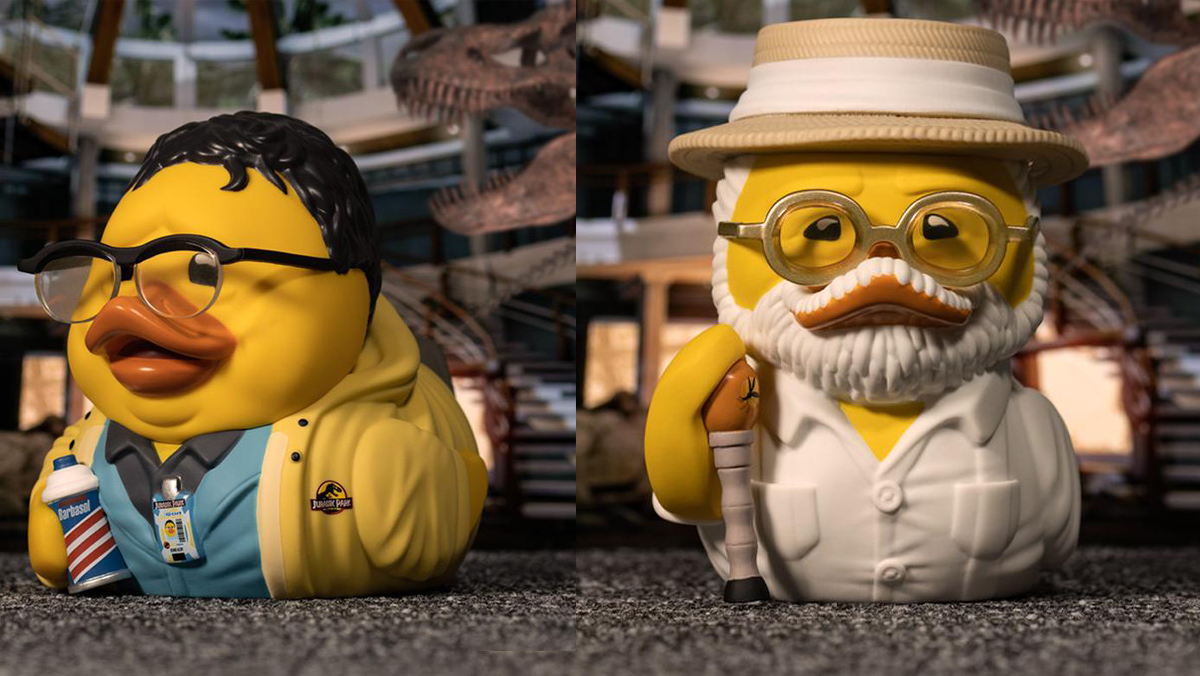 So far, these two characters are the only Jurassic Park rubber duckies available. It’s highly likely that  Dr. Ian Malcolm, Dr. Ellie Sattler, and Dr. Alan Grant are not too far behind, though. Especially since all three are reuniting for the third Jurassic World movie. Which is really just the sixth Jurassic Park movie, isn’t it? I suppose a T. rex or velociraptor duckies are in order, too. Although the thought of dino-ducks is kind of making our brains hurt a bit.