In what could be considered a big win for the people rooting for a real-life Jurassic Park, an international team of scientists says it has, for the first time ever, extracted DNA from insects trapped in tree resin. And while the extracted DNA was from insects only two to six years old, the discovery stands as a proof of concept. One that may mean scientists could collect DNA from much older resin in the future. 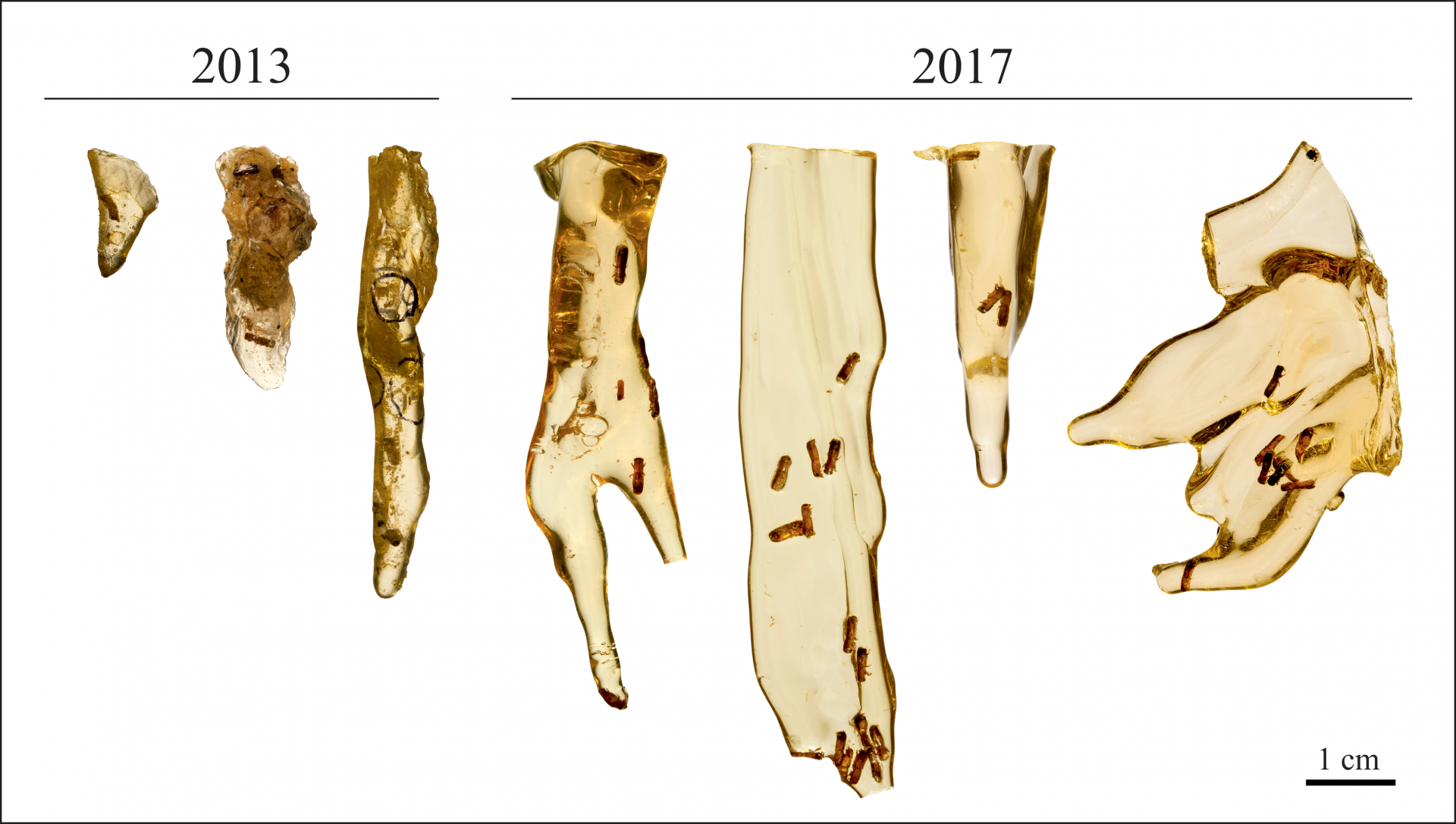 Forbes reported on the findings, which the scientists outlined in a study recently published in the journal PLOS ONE. The aim of the study was to determine how long insect DNA incased in resinous materials can be preserved.

“Our objective [was] far from starting an uncontrolled search for aDNA [ancient DNA] in amber as it was in the past, but to start resolving basic aspects from the DNA preservation in resin and search from the most modern samples to the ancient ones, step by step,” Dr. Mónica Solórzano-Kraemer told IGN. Solórzano-Kraemer, a researcher at the University of Bonn in Germany, was one lead co-author of the study.

To determine these aspects of DNA preservation in resin, the team collected ambrosia beetles already trapped in the entrancing secretions. The beetles were inside the resin of amber trees in Madagascar, a type that has a chemical composition very similar to fossilized amber. (Note that it takes sub-fossilized resin millions of years to transform into amber.)

Subsequently, the team stored the samples for two to six years, and then attempted to collect DNA samples. The researchers did so using several different experimental methods, including dissolving the resin with ethanol. While that proved to be an ineffective method, once the team switched chemicals, it was ultimately able to collect and replicate a sufficient amount of DNA to study the genomes of the encased beetles.

“We conclude that it is … possible to study genomics from resin-embedded organisms,” the researchers say in their paper. What is uncertain now, however, is how long DNA lasts in resin. Because while some scientists think the odds of capturing DNA from amber are near zero, it’s still theoretically possible. Solórzano-Kraemer did tell IGN that she and her colleagues “have no intention of raising dinosaurs” though, so that’s reassuring. Or disappointing, depending on how much you can relate to John Hammond.