Steven Spielberg’s Jurassic Park isn’t just an iconic science-fiction adventure film. It’s an incredible horror movie, where prehistoric monsters hunt down men, women, and children alike with a lust for blood that makes Jason Voorhees look cuddly. But would the film have worked as well with any other creatures? What if John Hammond’s scientists had bioengineered 50-foot bears and tigers instead? Or was the awe, wonder, and raw power of dinosaurs integral to creating so much terror? We always assumed it was the latter. At least we did until we saw a very special fan-made trailer, which replaces all of the dinos with an even greater nightmare.

It’s not a different predator from the animal kingdom, though. Because there’s no escaping a hideous beast as clever, conniving, and ruthless as Pee-wee Herman.

The internet has fallen for “Pee-wee Park” (which we first came across at Digg). It’s an hilarious re-imagining from the YouTube channel Pixel Riot. In it, Paul Reubens’ signature character replaces every dinosaur. In this context his funny faces feel far more twisted. His big memorable laugh takes on a sinister tone. And his intensity…. well, his intensity has always been kind of creepy.

And that’s a big part of what makes this incredibly well-done edit so funny. The character of Pee-wee just needs to be slightly re-imagined for him to be a believable serial killer. One that is hatched from an egg. 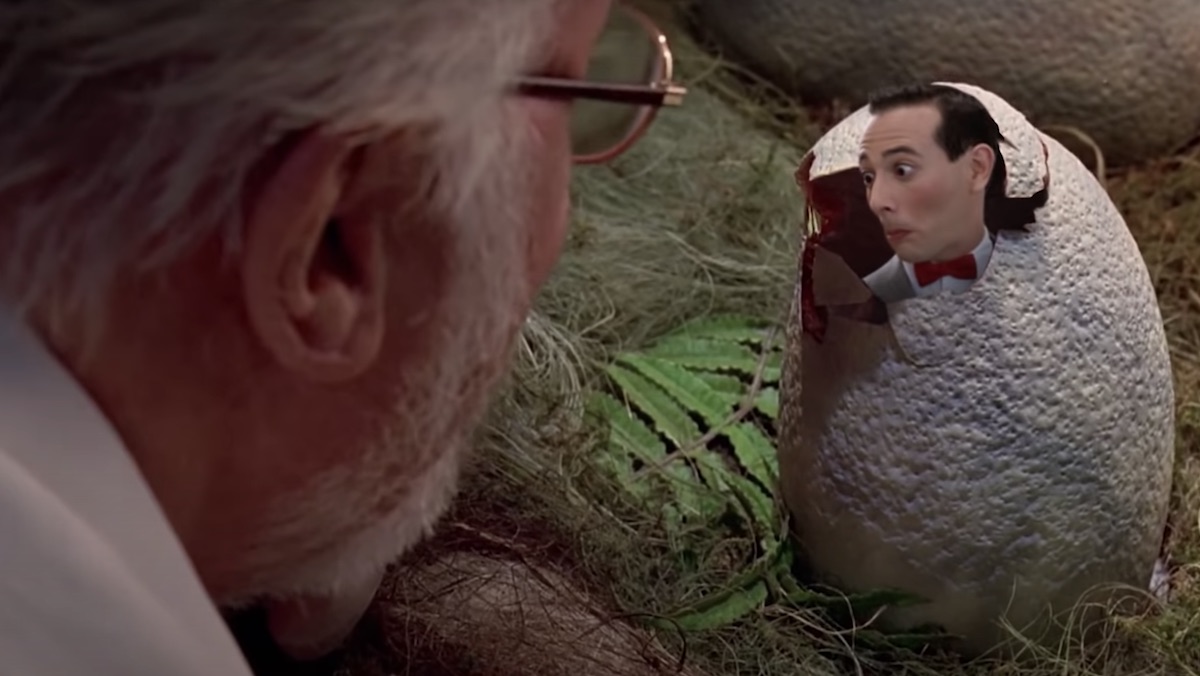 It also helps that so many moments from both Jurassic Park and Pee-wee Herman films are iconic. Combining the “go faster” jeep scene with Pee-wee furiously riding his bike is utter perfection.

As much as we love the dinosaurs of Jurassic Park, not even the velociraptors were clever enough to ride a bicycle. The scientists were so preoccupied they didn’t even think to give them that ability.