STAR TREK: TNG Rubber Duckies Beaming Down to Your Tub

Lately, rubber duckies have been making a much welcome comeback. And we’ve seen some “cosplaying” rubber duckies based on characters from Lord of the Rings, and even the Stay Puft Marshallow Man from Ghostbusters. So it’s only fitting that the same company that brought you those adorable bathtub toys be the same one to boldly take you where no rubber ducky has gone before: the universe of Star Trek. 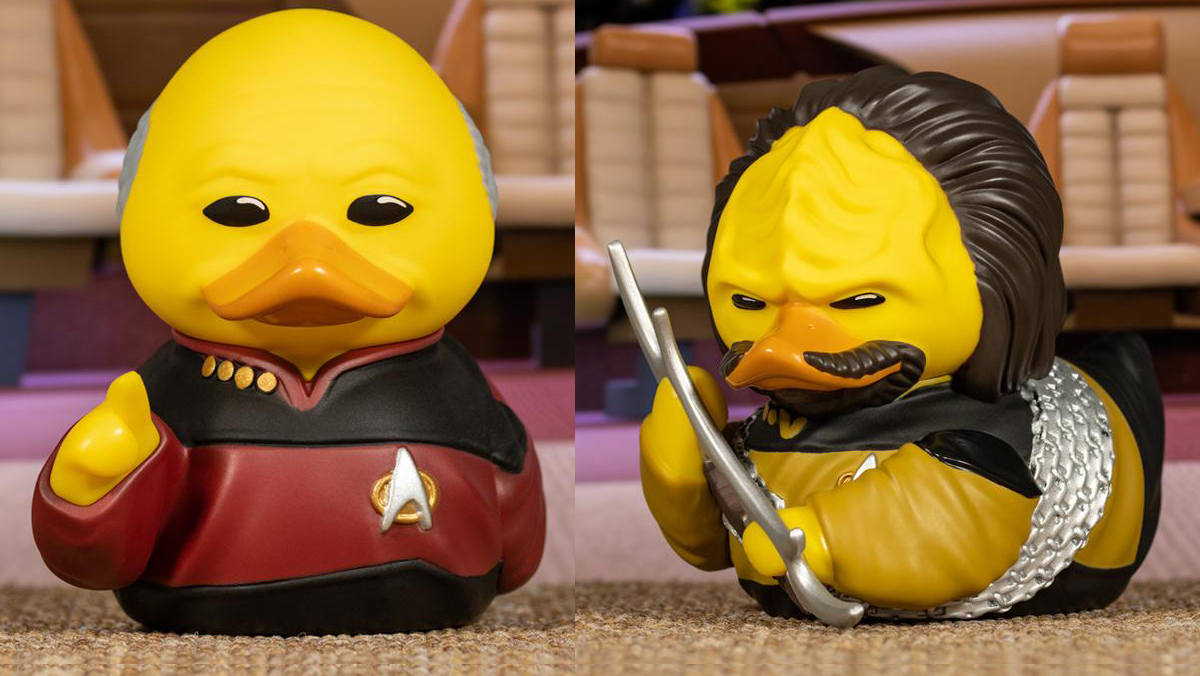 Via Geeks are Sexy, we’ve learned that a series of Star Trek: The Next Generation duckies for your bathtub are beaming down to our planet. These latest “cosplaying duckies” are from TUBBZ, and designed by Numskull Designs. Among this first wave of TNG TUBBZ is Captain Jean-Luc Picard, Lt. Geordi La Forge, Lt. Commander Worf, and Counsellor Deanna Troi. Y0u can check out images of these Enterprising little cuties right here:

All of these rubber duckies evoke their respective characters pretty darn well, we’d say. Picard is pointing, as if he’s about to tell Ensign Crusher to “engage!” And Geordi is holding a tricorder. Worf even gets to wield his Klingon bat’leth. Counselor Troi doesn’t really get to do much, but at least she’s wearing her proper Starfleet uniform. And not the low-cut onesie they made her wear in the show’s earliest seasons. Here’s hoping we eventually see Riker, Dr. Crusher, and Data to round out the Enterprise-D bridge crew.

These aren’t the only Star Trek cosplaying ducks from available from TUBBZ. There’s also a series of duckies based on characters from the original series. Included in that lot are Captain Kirk, Mr. Spock, Dr. McCoy, and Lt. Uhura. The TOS duckies are available at Just Geek for $12.99 a piece, or $20 for two. The same applies for the new TNG duckies, which are now up for pre-order. All Star Trek duckies come in collectible tub packaging, with the Star Trek logo emblazoned on the front. The TNG duckies are scheduled to ship in June.