Remember when just having a cool graveyard and some spooky decorations was enough to be the best-decorated home at Halloween? Yeah, that’s all so very 20th century. These days, if you want to be the envy of your neighbors during the spooky season, you’re going to need a full-on projection show on your house.

For the last few years, tech-savvy homeowners have created some amazing projection displays. We recently brought you the incredible Ghostbusters-themed show from Seasoned Projections. But it seems they have some stiff competition in the Halloween display department. Some are even theme park level. You can check out some of our favorites right here: 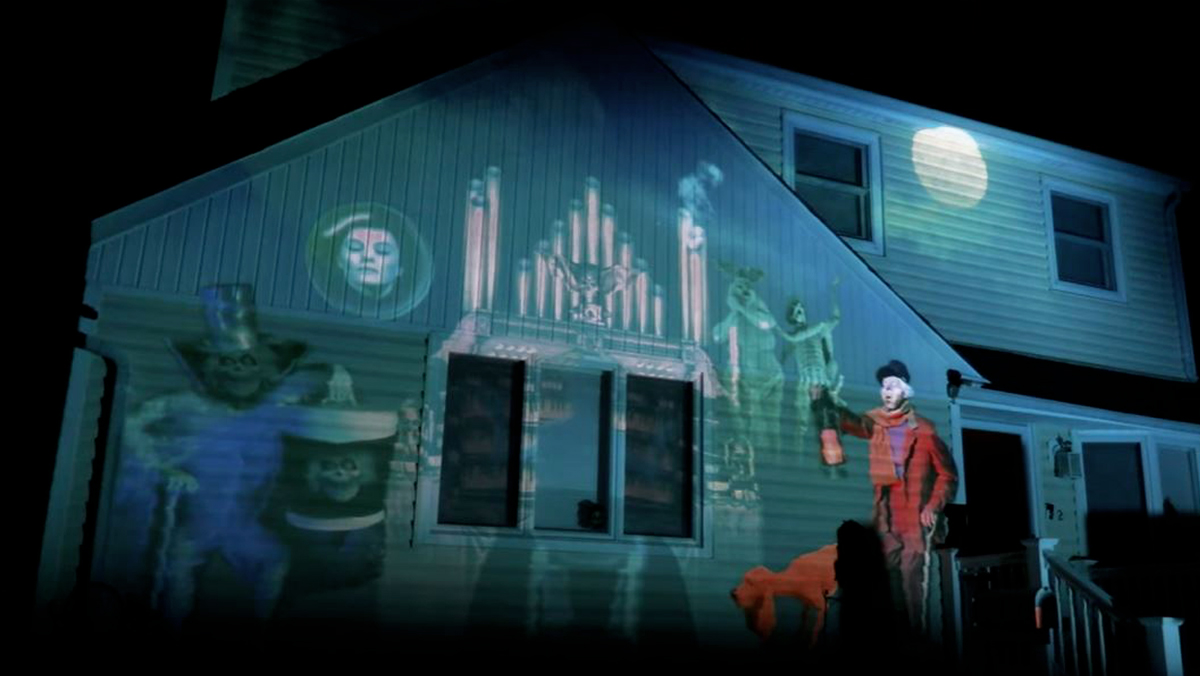 James Fitzpatrick of Fitz Studios has created Halloween projection shows for the last couple of years. And each one is amazing. For 2021, he’s created two. One inspired by Disney’s Haunted Mansion comes complete with narration from our favorite “Ghost Host.” All your favorites are here, including those hitchhiking ghosts.

Their other offering for 2021 is also Ghostbusters-themed. Although not quite as long as the one from Seasoned Projections, it has its own charms. And 100% more Janine. That’s never a bad thing in our book.

Last year’s offering from Fitz Studios was perhaps the best, however. It was a tribute to the great horror films, and most of our favorites made the cut (no pun intended). The Shining, It, The Exorcist, they’re all in the lineup. As well as all the great slasher movie icons. Even Stranger Things gets a nod. This one is long, but well worth watching until the very end.

He’s also had two spooky tributes to the films of Tim Burton. Specifically, Beetlejuice and The Nightmare Before Christmas. This is one journey to Halloween Town you don’t want to miss out on. Just make sure you don’t go through the door shaped like an Easter egg.

The folks at Lumabox also have an incredible projection show set to Michael Jackson’s “Thriller,” which contains footage of everything from The Creature from the Black Lagoon to Night of the Living Dead. And for those of you who want to learn how to make your own, they have an excellent tutorial on their channel.

Another excellent “Thriller” use comes from Holiday House Projections, which showcases footage from this great horror classics supercut.

Trick ‘r Treat has also become a Halloween classic in recent years. And if you don’t obey the rules of Halloween, Sam, the spirit of the season, will make sure you regret it. The folks at Jester Laughs brought the magic of Mike Dougherty’s classic to life in this one. (Now where the heck is Trick ‘r Treat 2?)

And finally, YouTuber Kendra Hicken made a delightful Halloween tribute to the greatest Disney villains of all time. Everyone from Ursula the Sea Witch the Chernabog from Fantasia makes an appearance.

The pop culture possibilities are endless here, so we can’t wait to see what the future brings for these kinds of spooky projection shows.