There’s no blueprint for how to deal with mass quarantine. We’re all just making it up as we go along. Many have filled their free hours by doing puzzles or playing games. Others are catching up on TV, movies, and books. But some very creative people, especially those with strangely large costume and wig collections, are using social distancing to pay homage to classic pop culture moments. One family made their own DIY version of The Simpsons‘ opening credits. Another woman spent weeks recreating famous songs from popular musicals. And one father and daughter duo have paid tribute to one of the most famous moments in movie history. They played all the roles in a homemade shot-for-shot remake of Beetlejuice‘s “Day-O” dinner scene.

But it’s not the only iconic song from cinema they’ve recreated. Because nothing helps deal with free time more than doing “The Time Warp.” Except for maybe a “Spoonful of Sugar.”

Gelsey Laurie and her father have dedicated their quarantine time to having a whole lot of fun together. They have been remaking some of the most well-known musical moments in movie history. They split up all the male and female roles so their videos have all the characters and are authentic. And they certainly are.

The pair’s recreation of the scene from Beetlejuice, when the diners are forced to perform Harry Belafonte’s “Banana Boat Song (Day-O),” is absolutely phenomenal.

As was their remake of “The Time Warp” from The Rocky Horror Picture Show.

Look at the costumes! Family Halloween parties must be insane at this house. 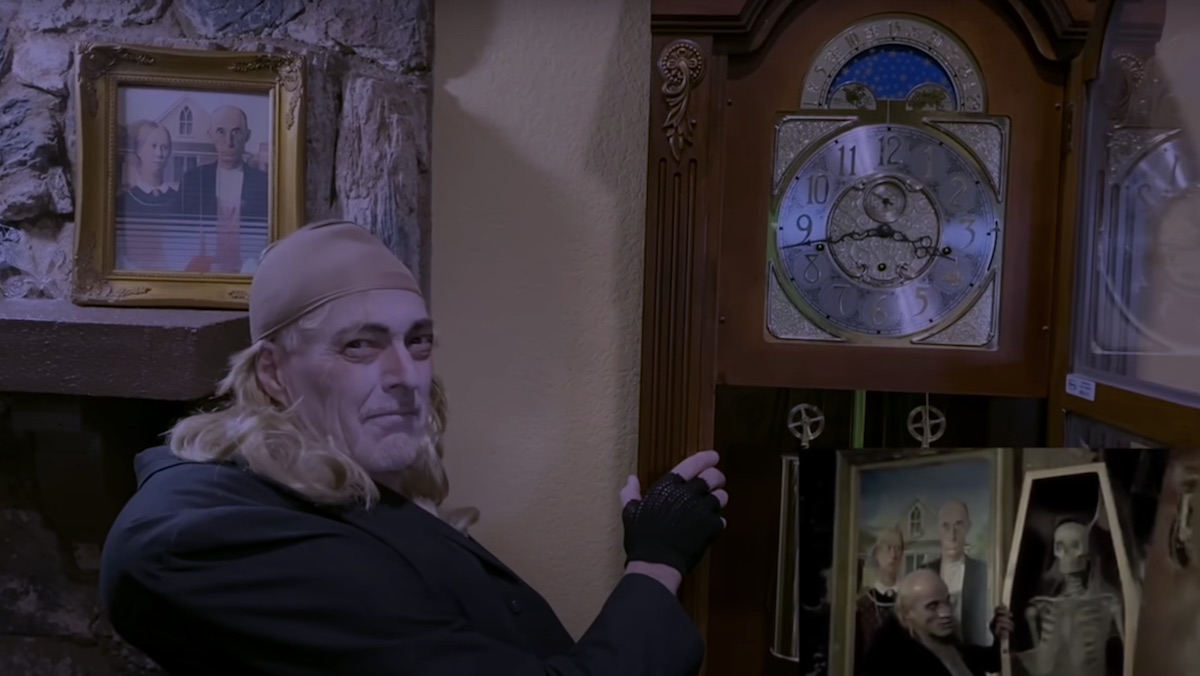 We also get a huge kick out of seeing her dad play any role of any age. Like he did in their “Spoonful of Sugar” from Mary Poppins.

Besides the creativity, family bonding, and great performances on display here, we also love that this was clearly a way to genuinely deal with actual cabin fever in a fun way. Like The Muppets would have wanted us to.

There’s no right way to deal with quarantine. But some ways are definitely a lot more fun to watch.