Bigger is not always better, but sometimes it definitely is. One of those times is the spooky season, because few things make us as happy as a giant, needlessly big Halloween decoration. And they don’t get much bigger or better than Home Depot’s massive 12-foot skeleton, which looms even larger than it sounds.

It’s not just a fun prop for your front yard, though. It’s pretty creepy, too, thanks to its glowing, moving blue eyes.

Home Depot‘s aptly named Giant-Sized Skeleton is as fantastic as it is ridiculous. Standing 12-feet tall and 6.4-feet wide, this semi-posable, weather resistant decoration looks even bigger when displayed in front of your home.

No, seriously, this thing is utterly absurd when seen in context of the real world.

This battery operated delight also features LCD eyes that move around and blink in its oversized skull when activated, creating a genuinely creepy effect. (Good luck stumbling across this at two in the morning if you’ve had a few too many cups of Witch’s Brew.) 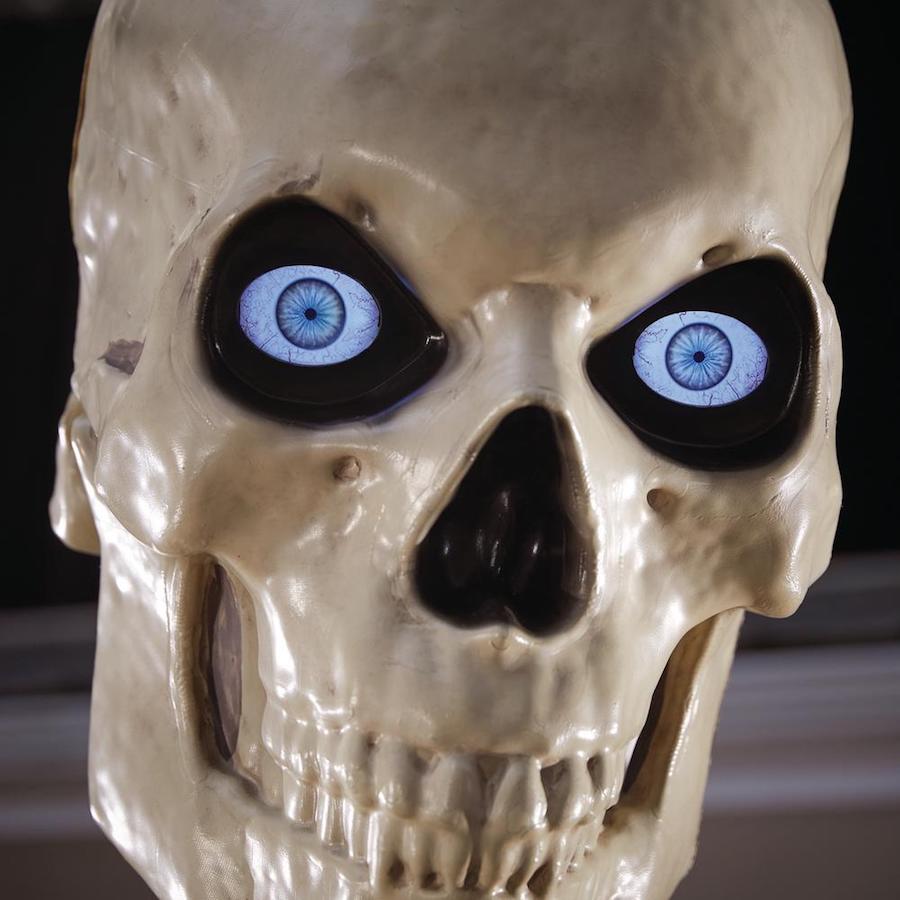 It also comes with a durable metal frame and ground stakes to help keep it stable. And the timer function can be set to be on for six hours and off for 18. Basically set it and forget it… until you hear the young kids in the neighborhood scream.

The “easy to assemble” skeleton might not be quite as quick to put together as Home Depot says, though. They list it as a two-person job that should take about 60 minutes. However, anyone who has ever followed any DIY instructions from a big box store knows that’s always a best case estimate. 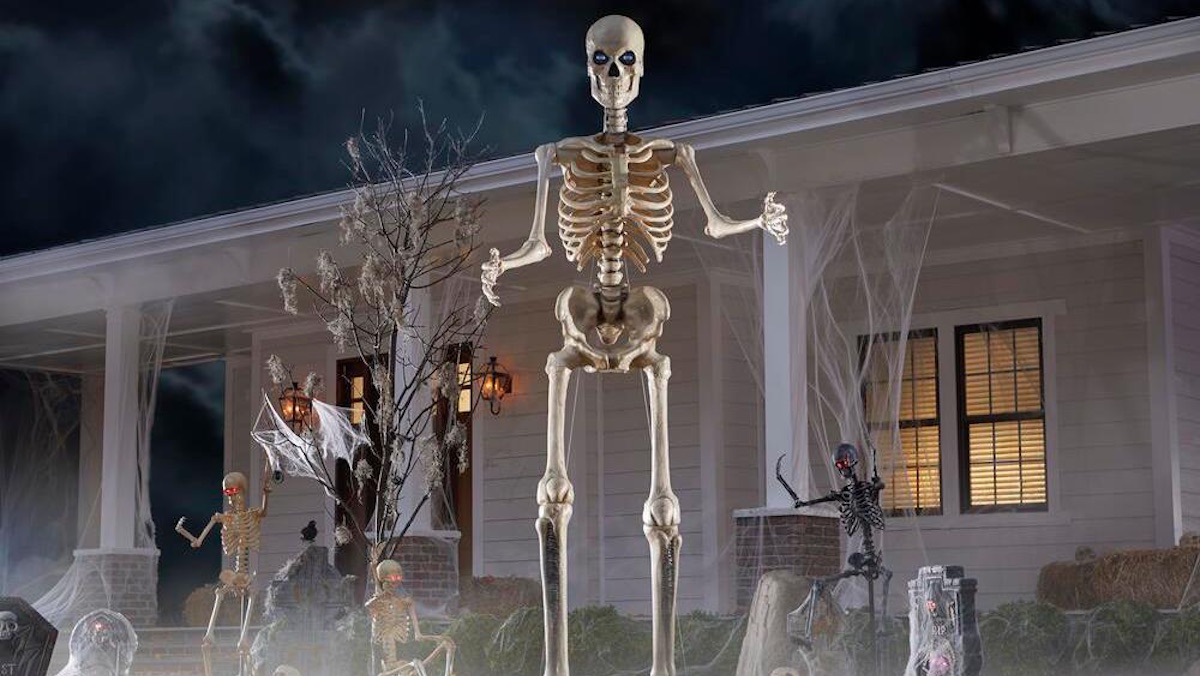 As you might expect, a giant Halloween decoration comes with a giant price too. This skeleton can be yours for $299. That big cost hasn’t stopped it from being a big seller, though. It’s currently sold out on Home Depot’s website, but you can still find them it in select stores.

why my neighbors already have a giant skeleton in their front yard in september oh wait it’s me pic.twitter.com/XQVnmSfKNX

oh to be a miniature skeleton with a giant skeleton gf. https://t.co/5k6yC2XdxG

YOU GUYS. IT HAPPENED. I SAW THE HOME DEPOT SKELETON IN PERSON TODAY. 💀 pic.twitter.com/FlayxeDpN2

And that means we will hopefully seeing many of them out in the world this Halloween season, serving as a giant reminder that during the spooky season bigger is better.