This Ghostbusters Halloween spectacle, which we first saw on Gizmodo, could seem deceptively simple. But in reality, the complex artistry that went into the finished piece is enormous. Here’s the finished product by Seasoned Projections.

The creator offers more intel about the show in the video’s description.

Who ya gonna call?! 2021 Halloween Projection Mapping of the Ghostbusters. Ray, Egon, Peter, and Winston save the day yet again. Set to the original Ghostbusters theme with some bad boys music thrown in…they finally get Slimer! Appearances by Vigo, Dana, Demon Dogs, and much more. Celebrate the Ghostbusters prior to the Afterlife movie this fall!

Projecting a show of this size and fitting it perfectly to the shape of one’s house takes a lot of work. In the video, we see how Seasoned Projections combined parts of the original Ghostbusters movie into one fun narrative. The Halloween Ghostbusters bonanza includes projections of flames, skeletons, and, of course, ghosts. There are several sections to the performance, including an epic fight in a projected library. Proton packs come out numerous times. 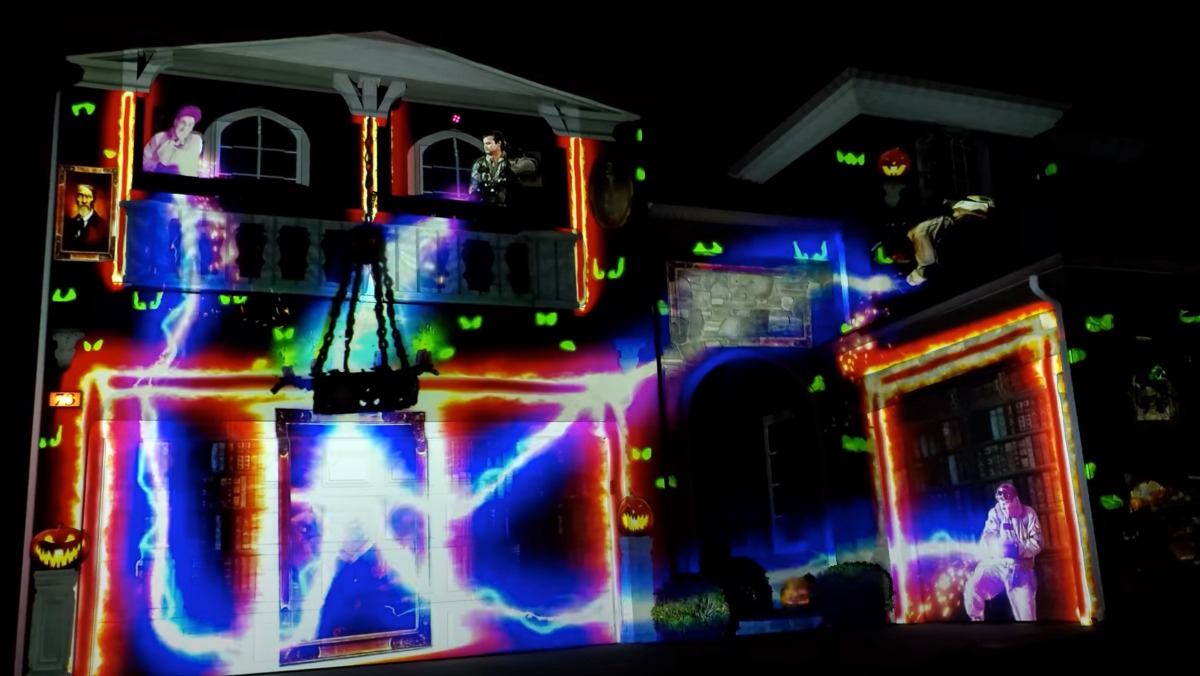 In addition, the house features perfectly timed music and other light effects. This is one projection mapping project we’ll want to watch over and over. We think we even may have spotted The Shining‘s creepy twins saying hello. The show concludes with  Ghostbusters’ iconic Stay-Puft Marshmallow Man peering out as evil cackle fills the air… Ominous. But we guess we know who to call!

Seasoned Projections has put a couple of other incredible shows previously. These include a Disney princess Christmas spectacular that makes even Disney World jealous. And don’t miss last year’s Halloween projection fun set to Michael Jackson’s “Thriller.” We can’t wait to see what gets projected next. We’d love to see their take on a horror movie.