We have no idea who will sit on the Iron Throne at the end of Game of Thrones‘ final season (or if there will even be anything to sit on by the end of the Great War with the dead). But now we know what each of the remaining players will look like if they do, thanks to new character posters that show the remaining characters atop the chair forged by Aegon the Conqueror.

And while these new images don’t reveal anything about what to expect from the show’s last year, they do feature some great new costumes, and a potential clue at which denizens of the Realm still have a major role to play. 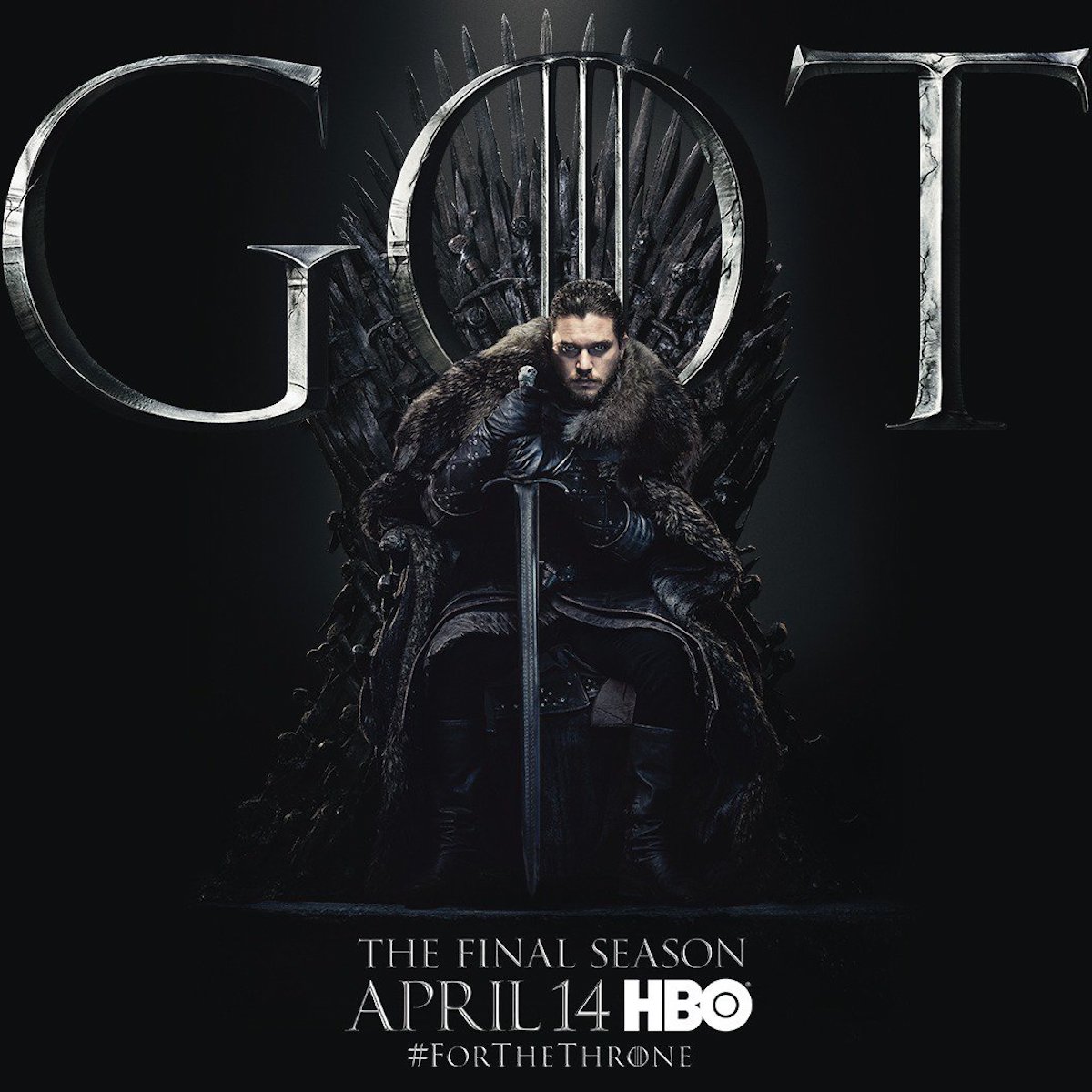 Users who retweet this post from the official Game of Thrones Twitter account will get to see all of the remaining character promos (don’t worry, we have them all for you here). This series is a call back to the iconic season one promo of a forlorn Ned Stark resting on his great sword Ice as he sat uneasily on the Iron Throne. 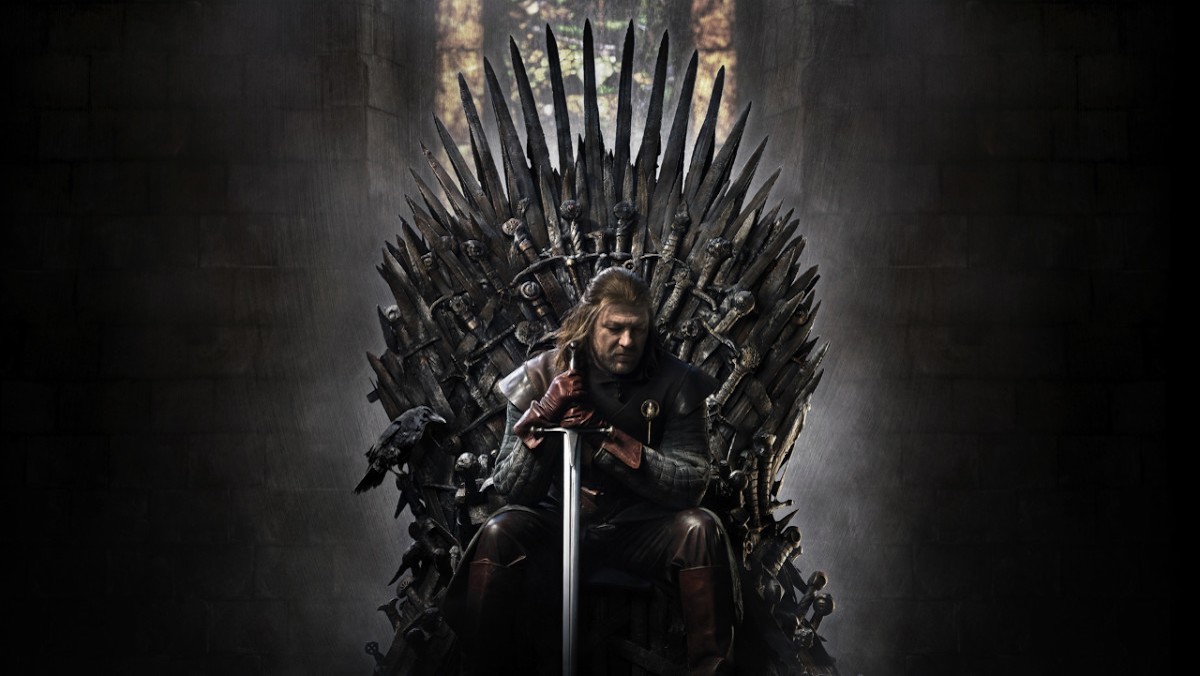 All of the major candidates to actually end up on the Iron Throne are included, like Daenerys and Cersei. 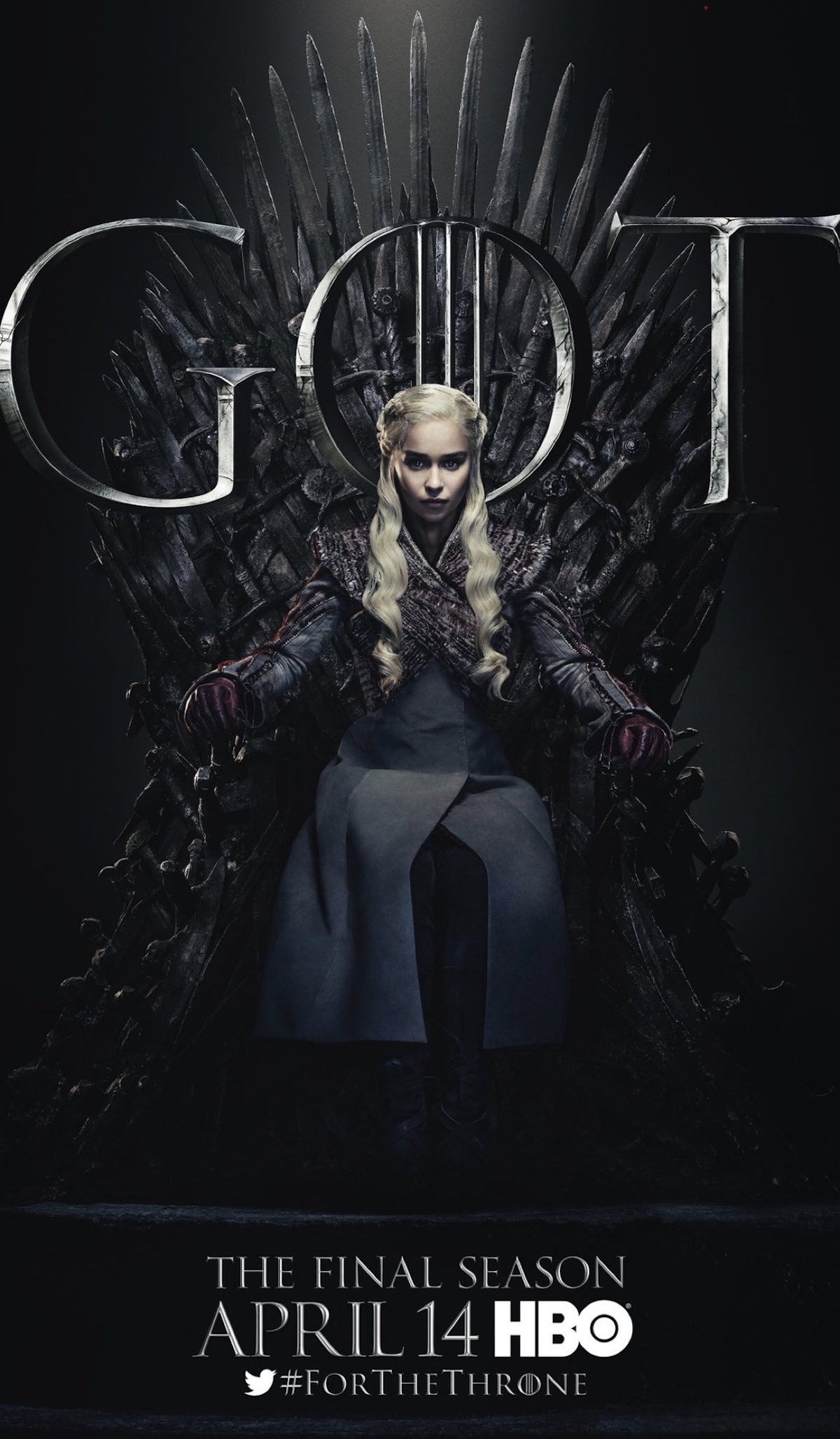 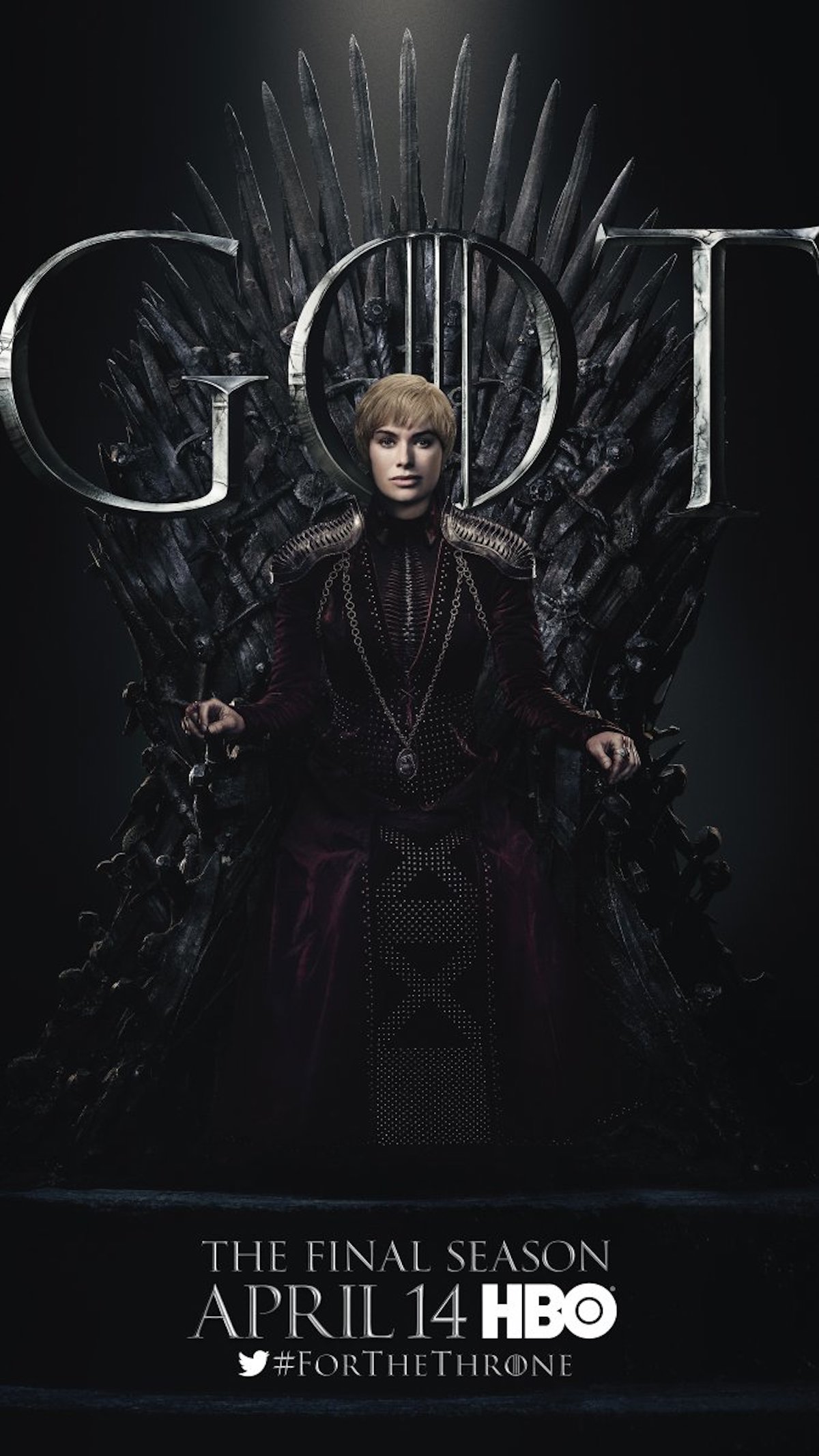 The other remaining Lannisters, Tyrion and Jaime (featuring his early season MVP of a beard), are also here. (Note: Jaime has actually sat on the Iron Throne before, after killing the Mad King.) 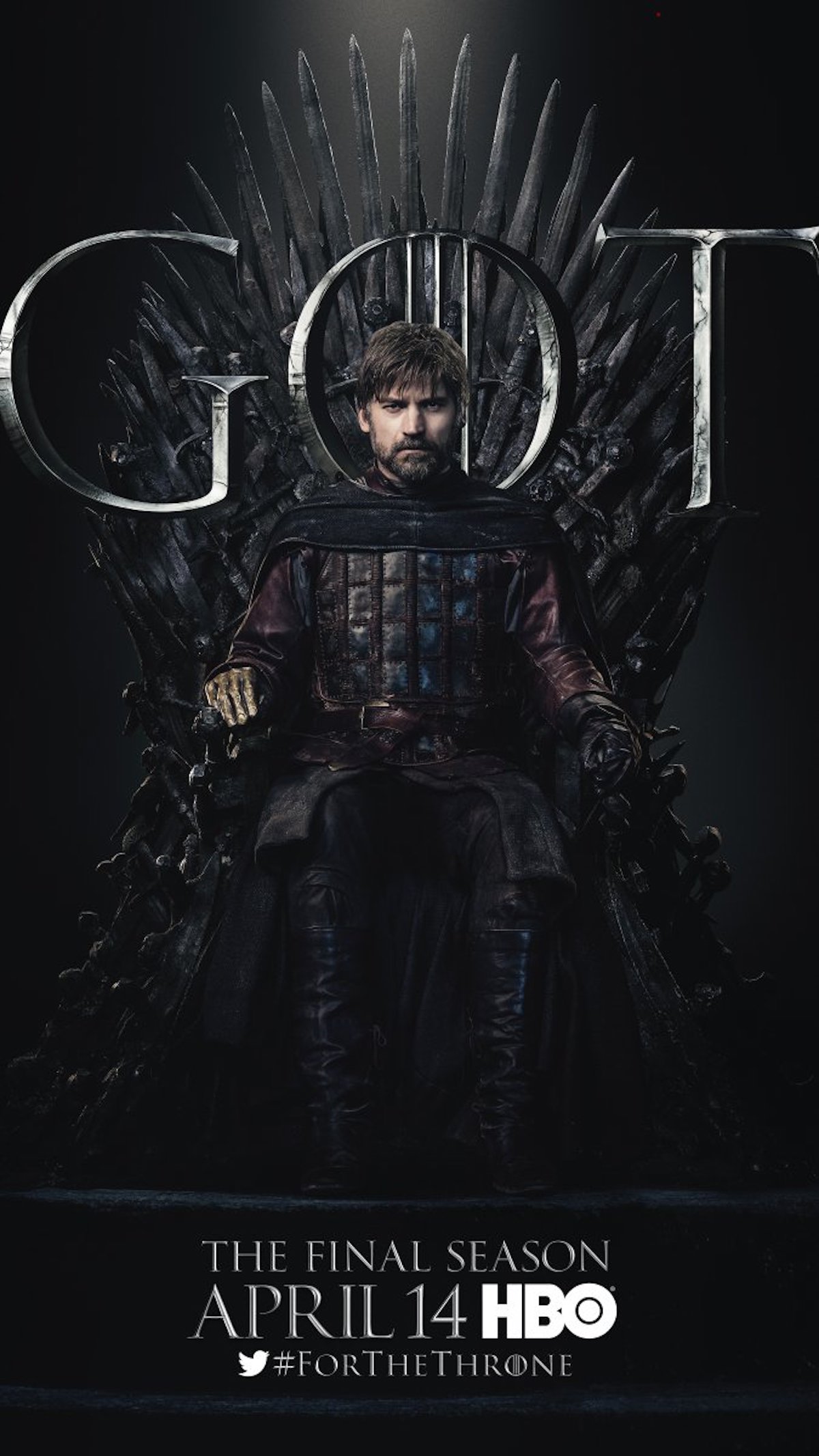 The remaining Stark children, Arya, Sansa, and Bran, don’t look out of place on the throne. Arya looks fierce with Needle, though Sansa’s scaled armor dress might be even more intimidating. Bran’s very blue robe makes him look like a philosopher king. 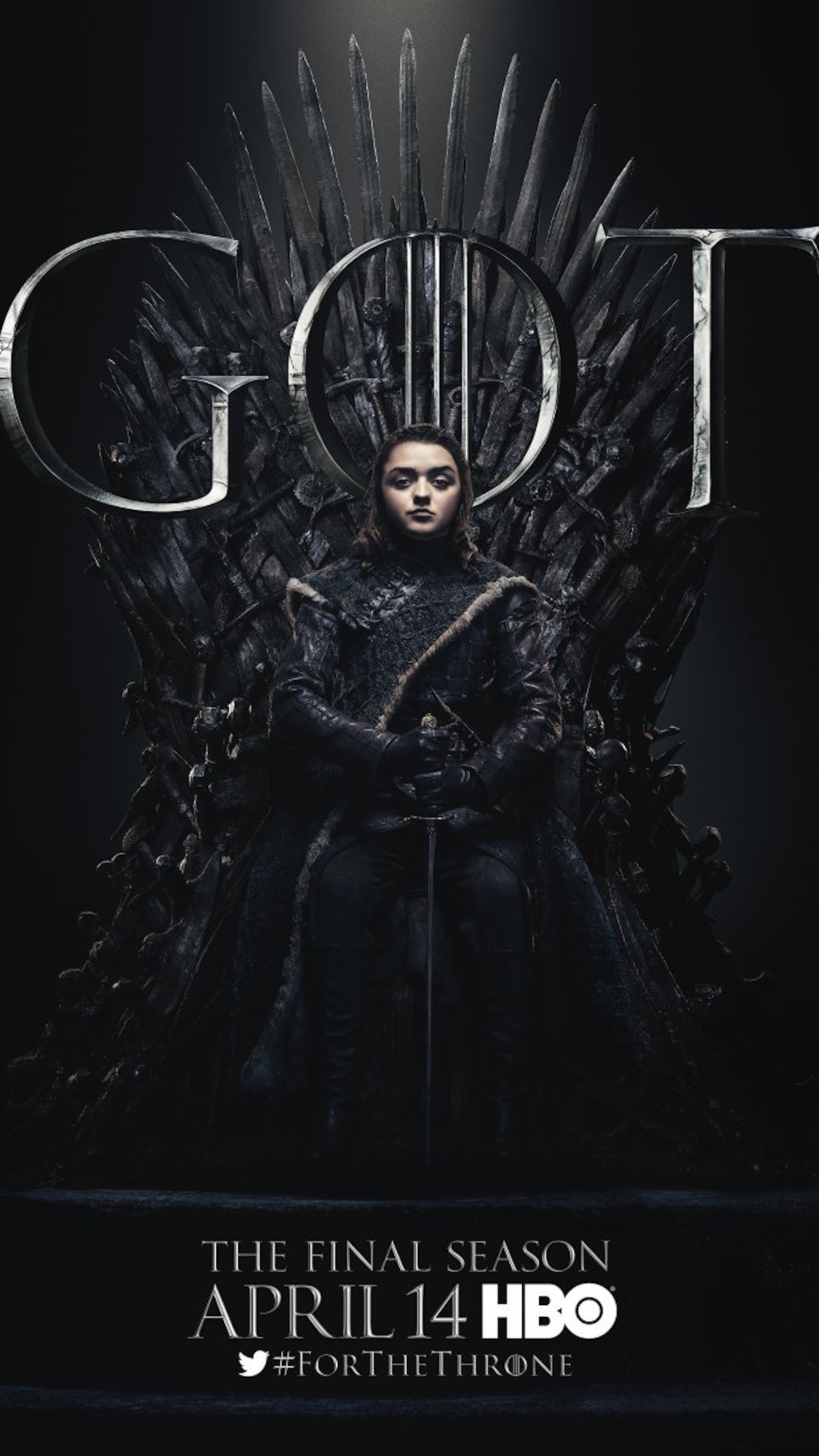 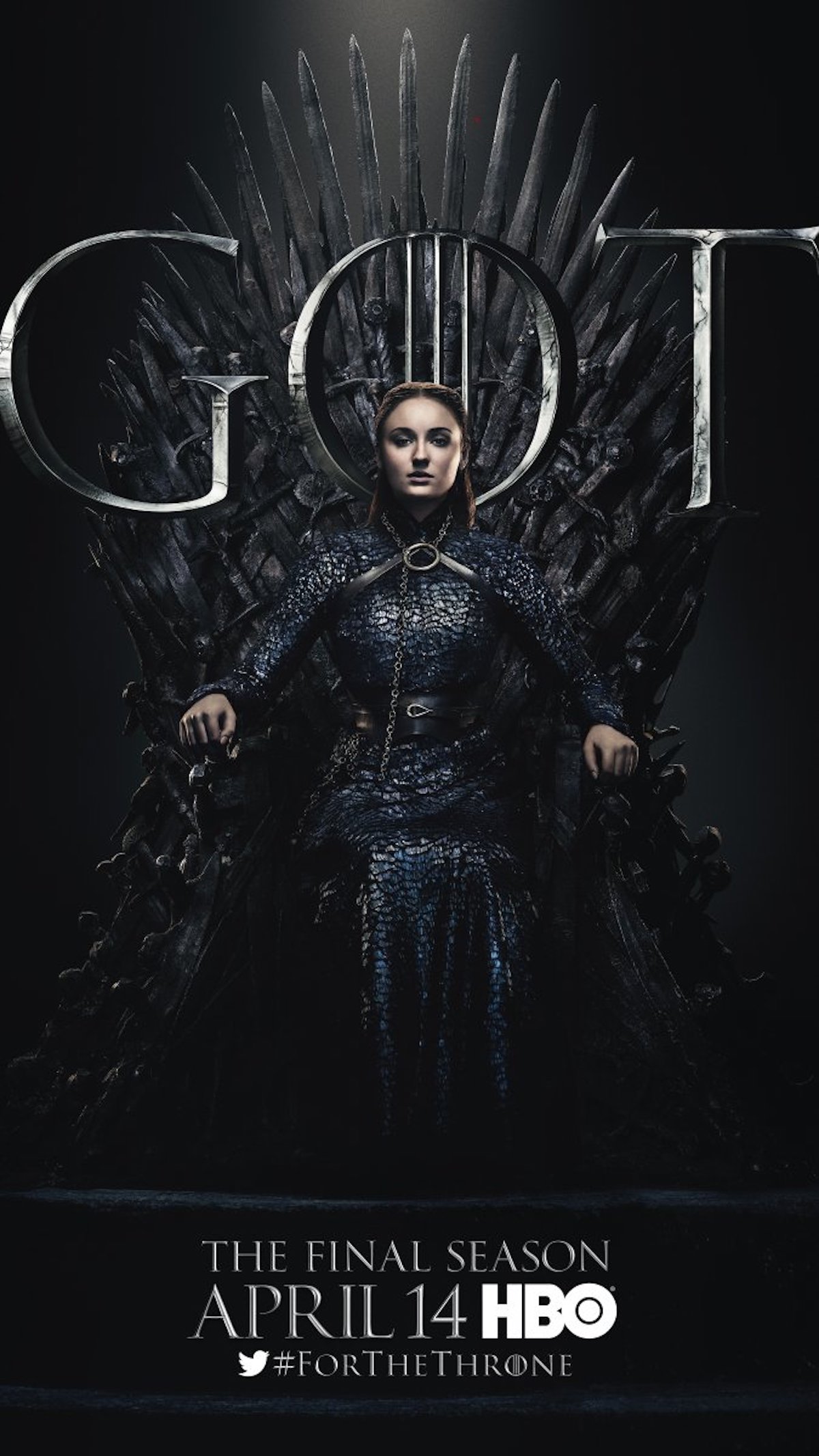 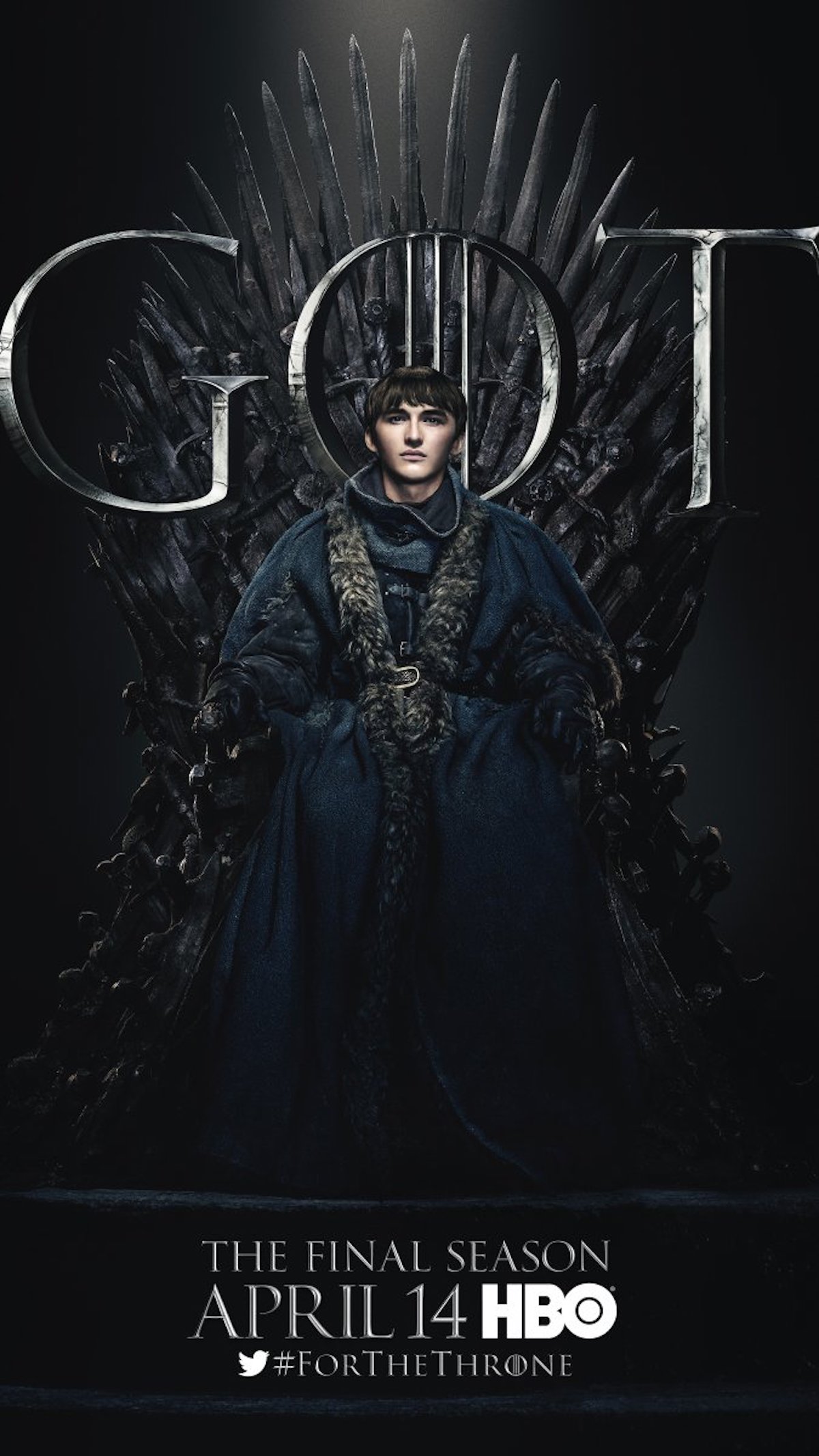 The remaining characters are not ones we would imagine will end up on the Iron Throne, but it’s nice to imagine a world where they do. That includes Sam, Brienne, Jorah, Davos, Grey Worm, and Missandei. 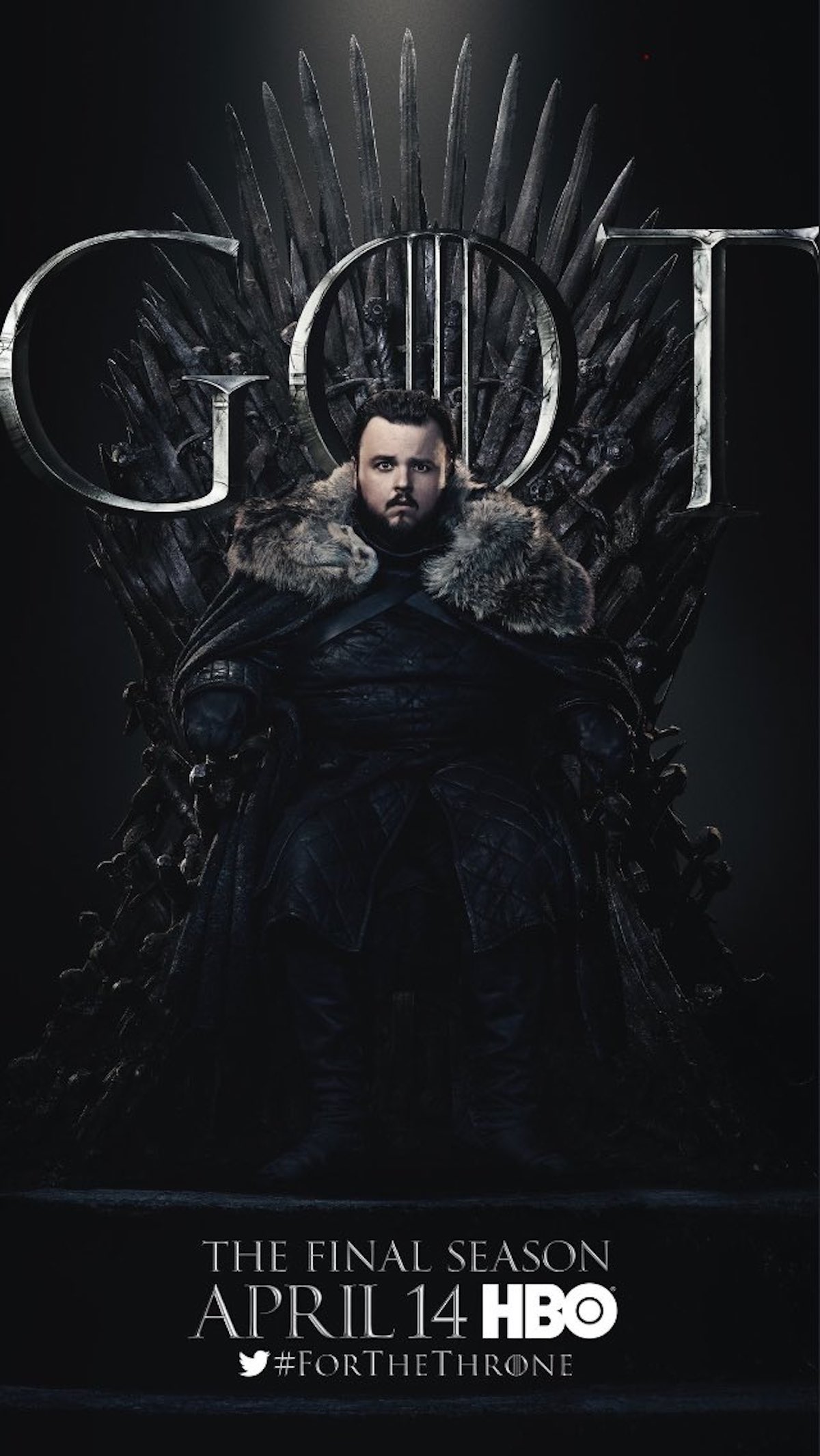 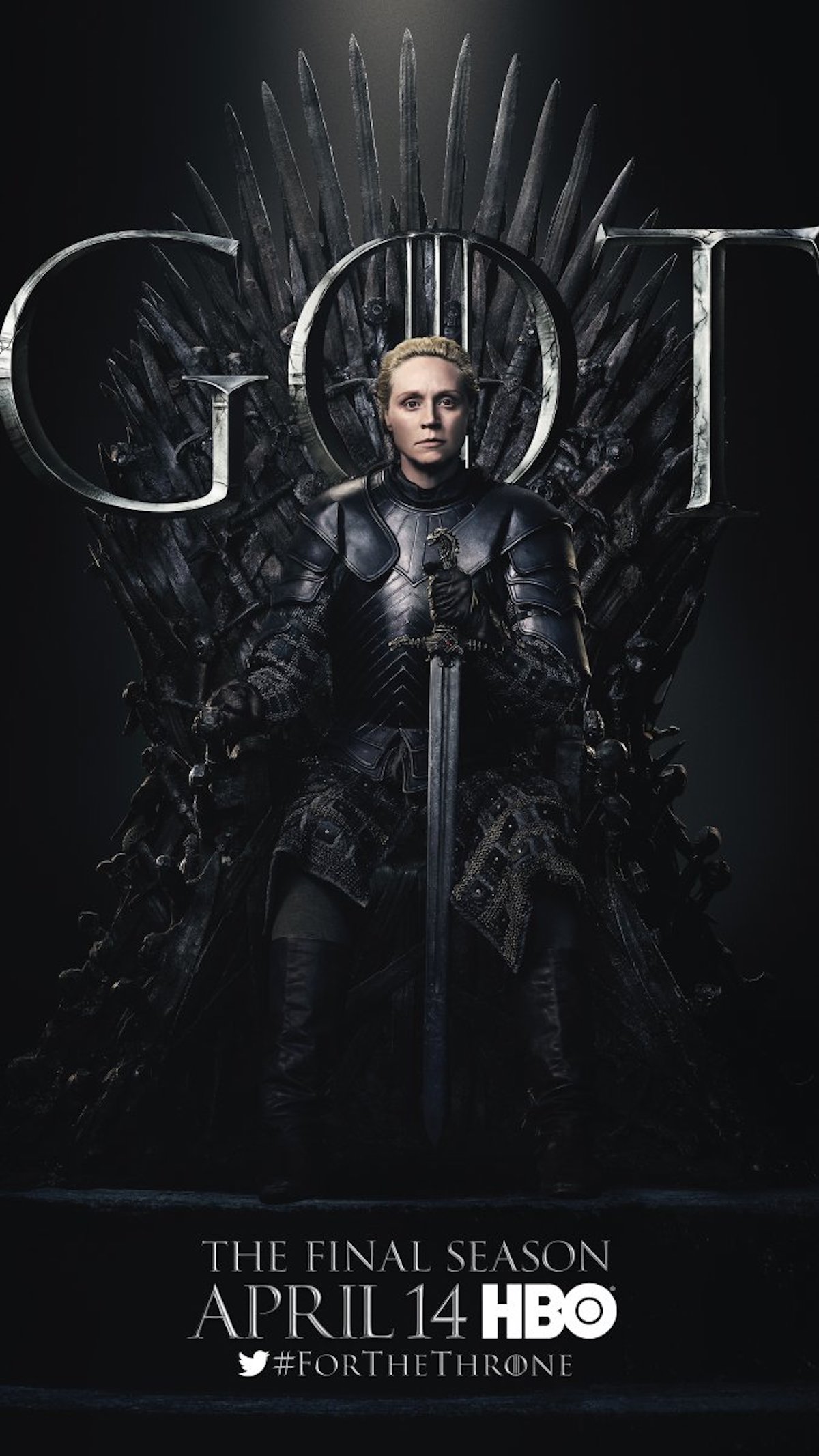 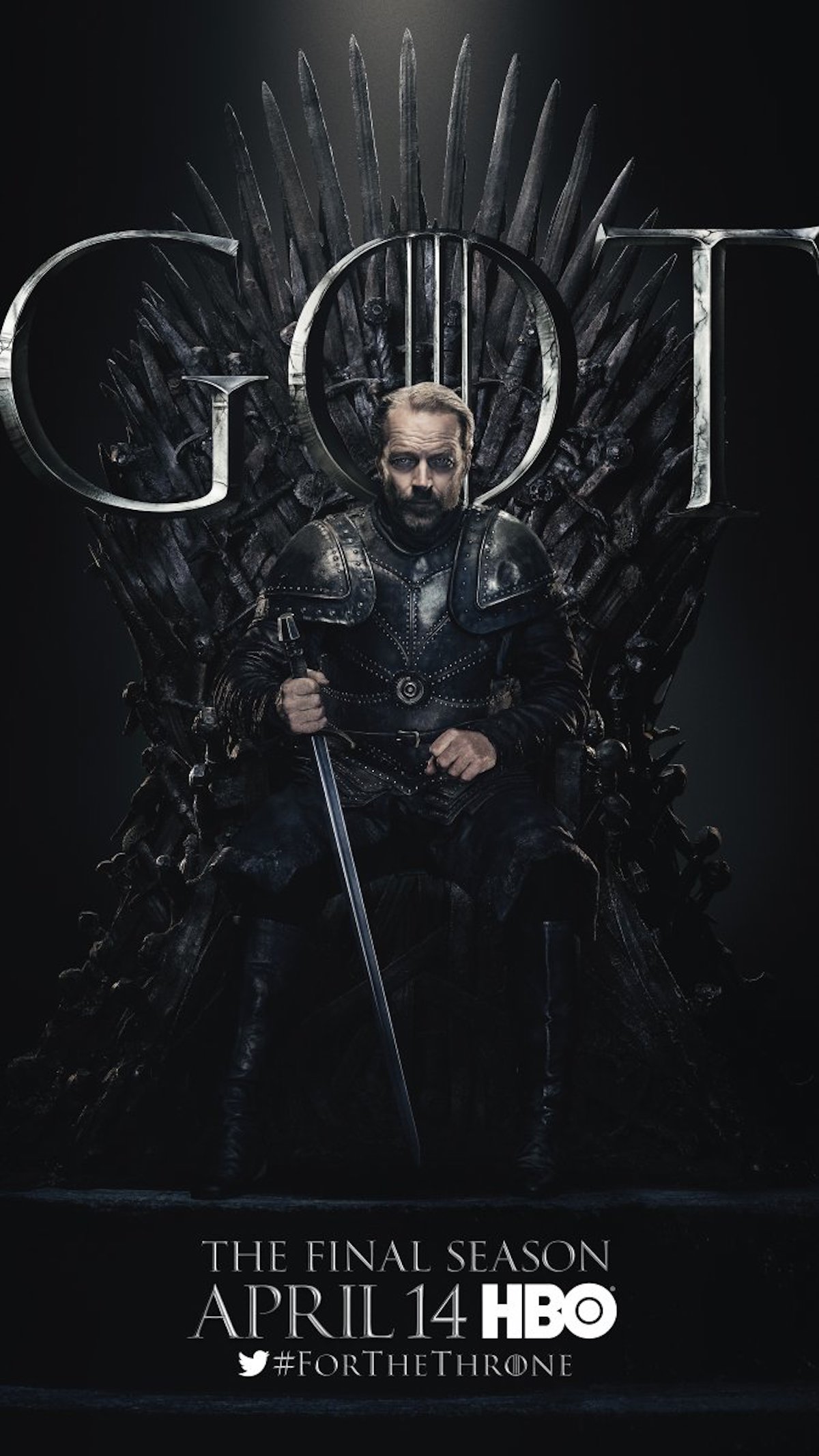 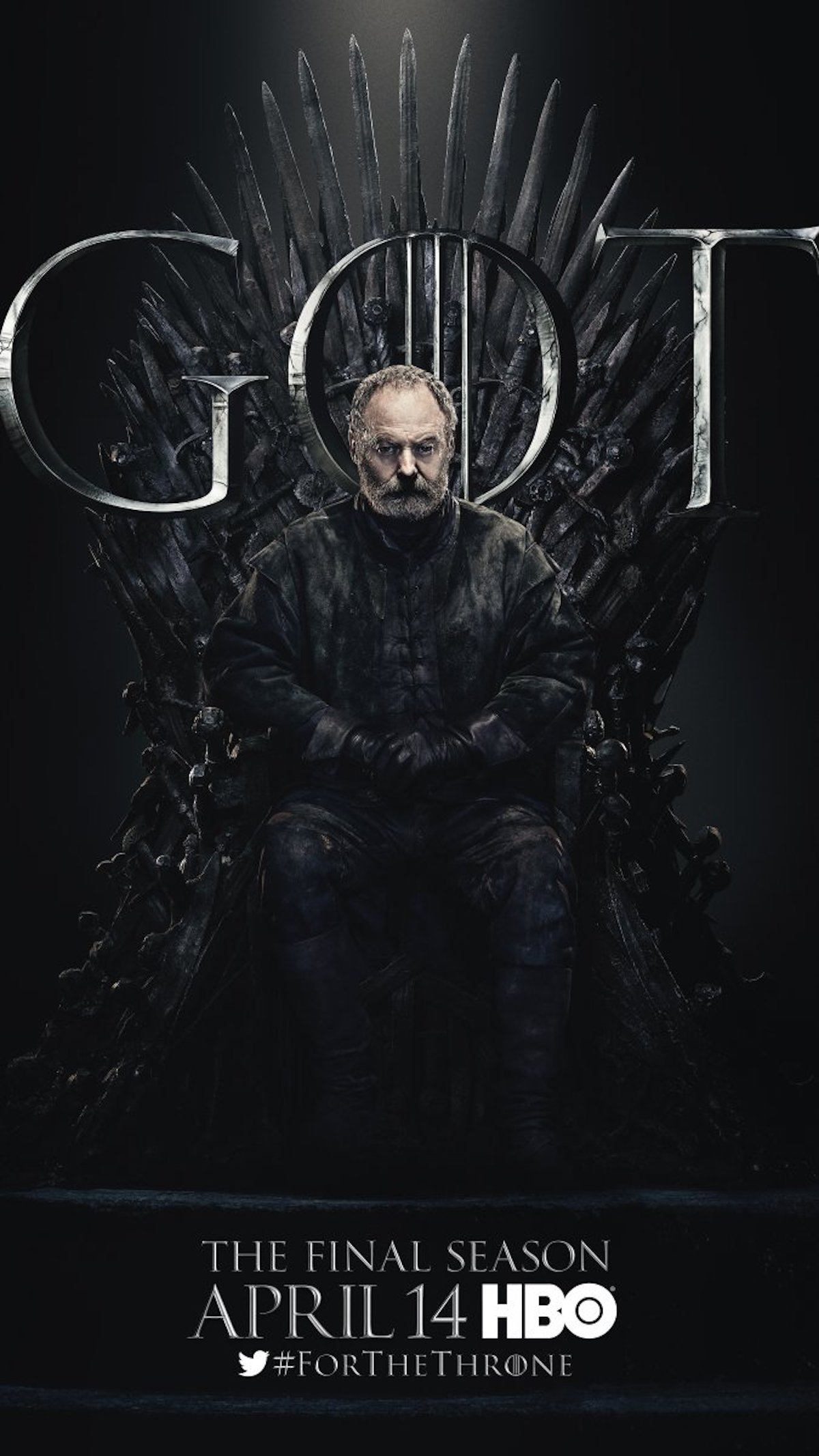 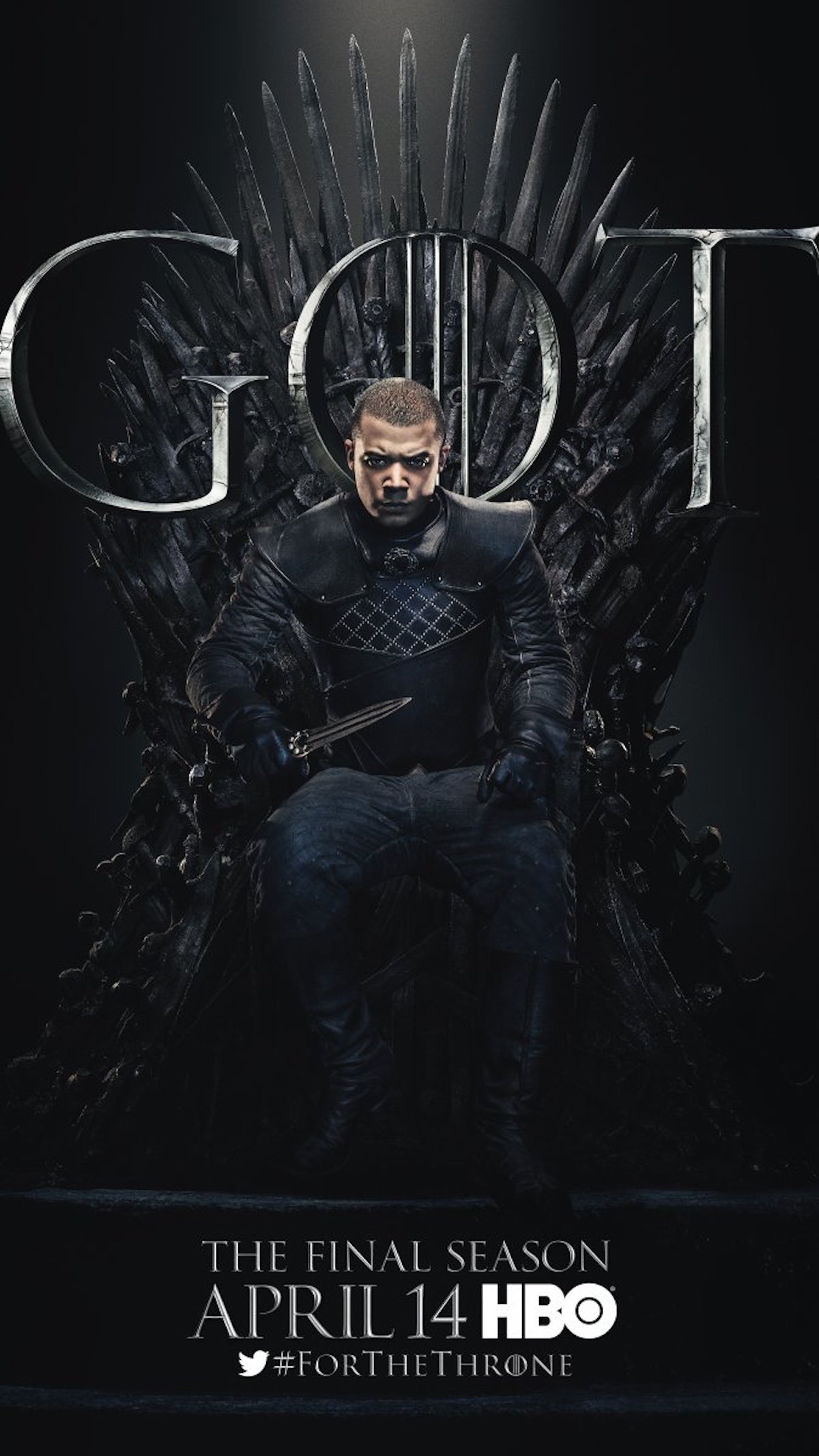 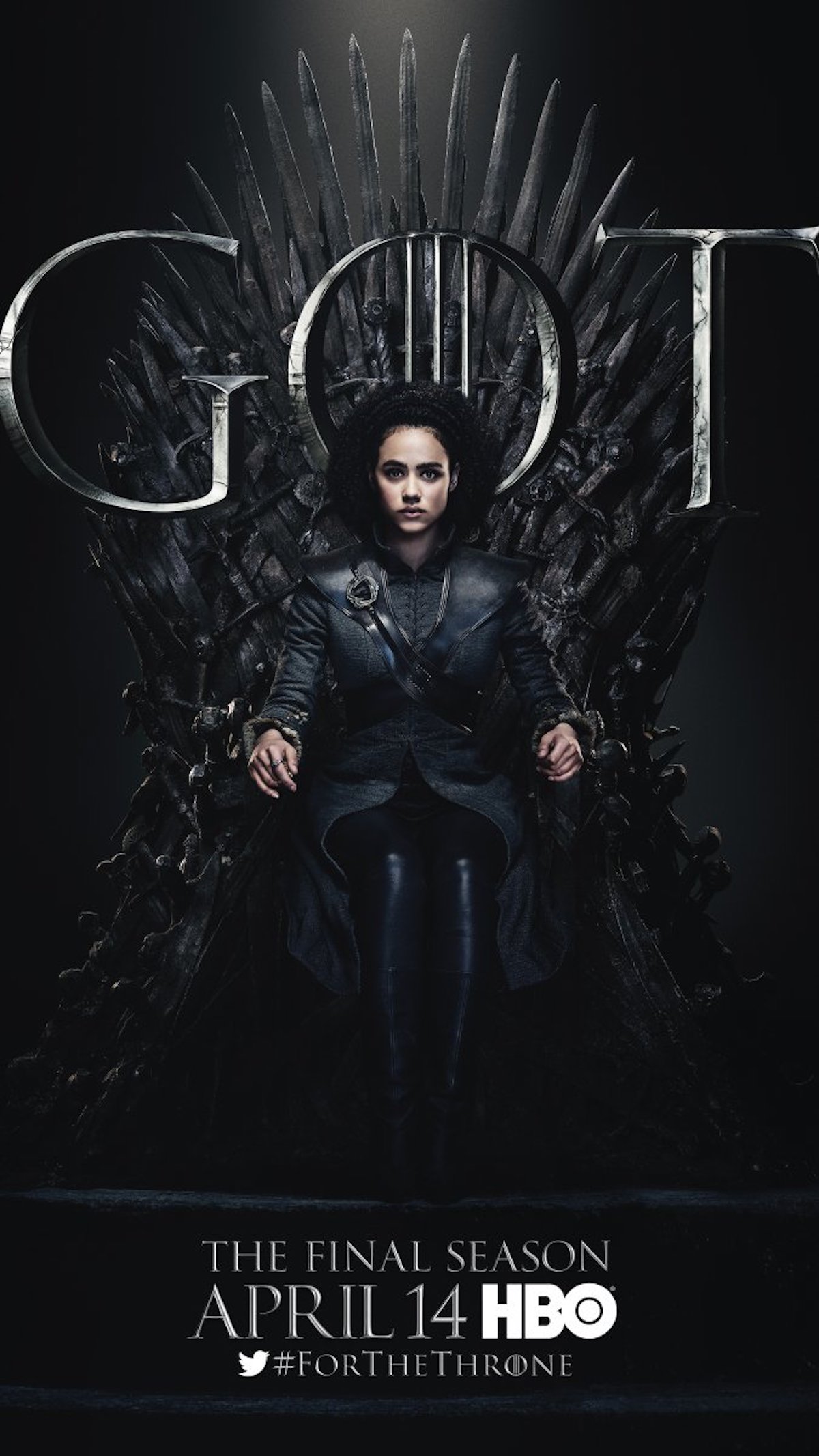 We’d also love to see what a Westeros run by Varys or The Hound might look like. 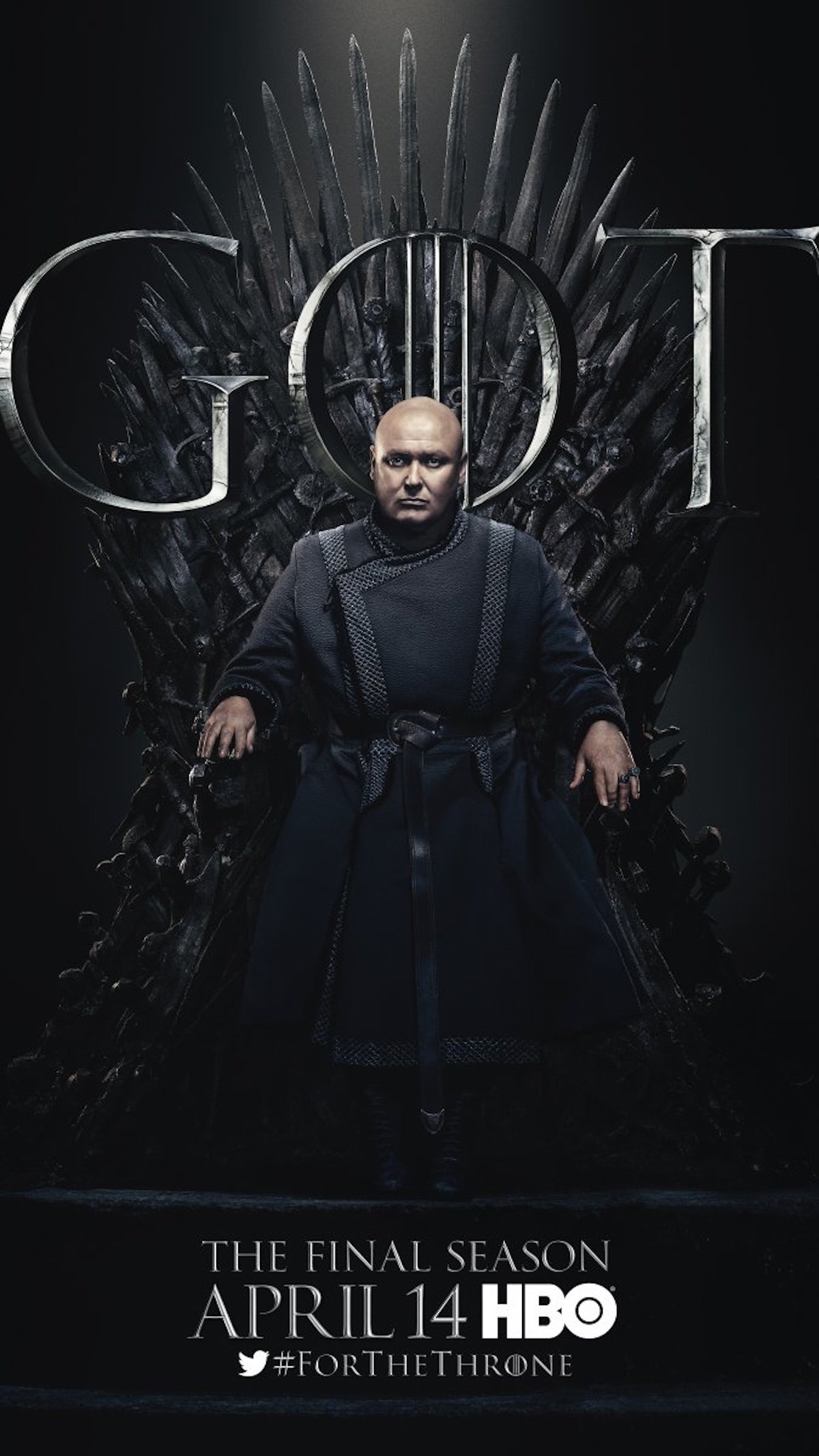 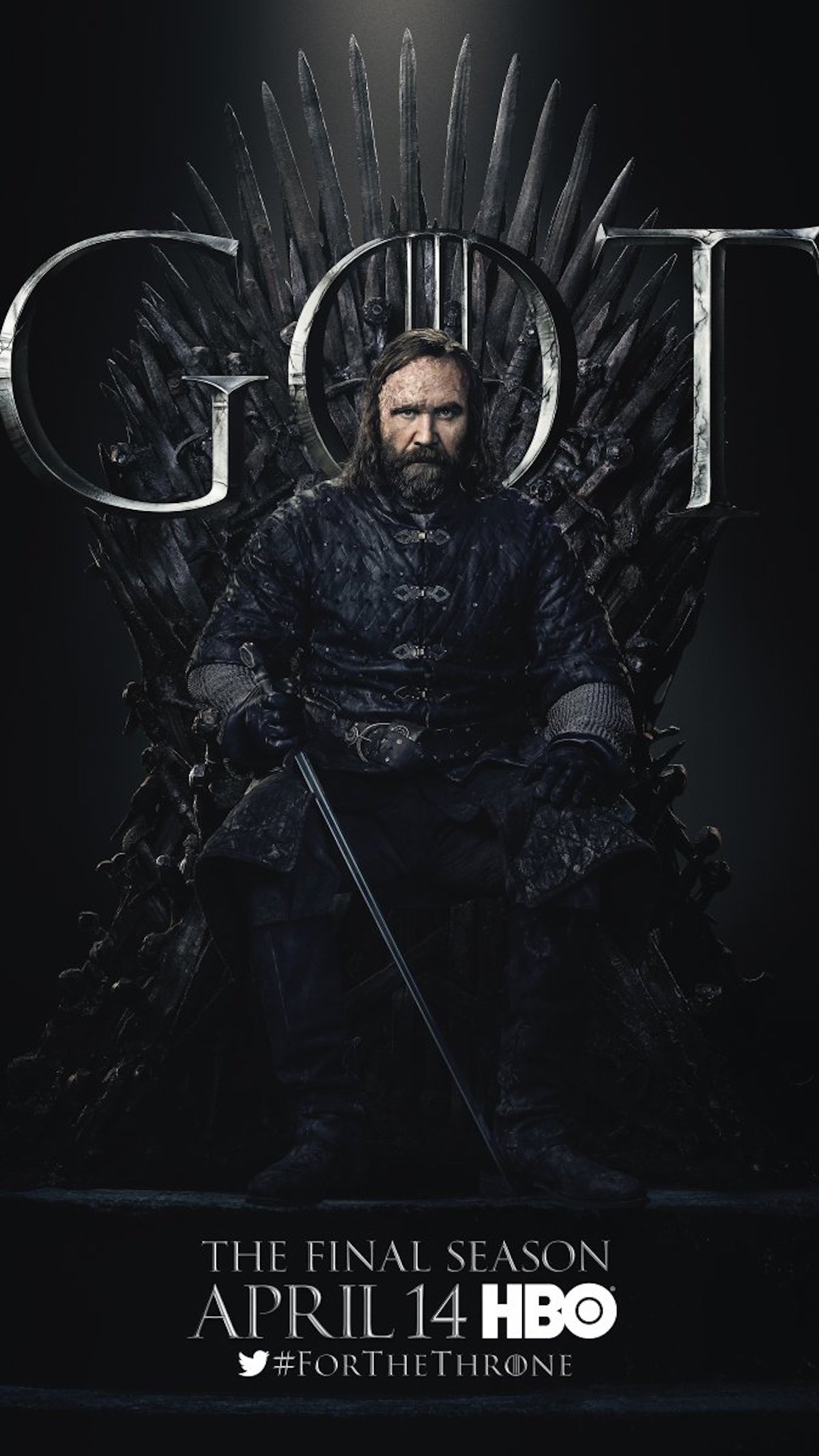 We’re less enthused about the idea of King Greyjoy, either Theon or Euron. 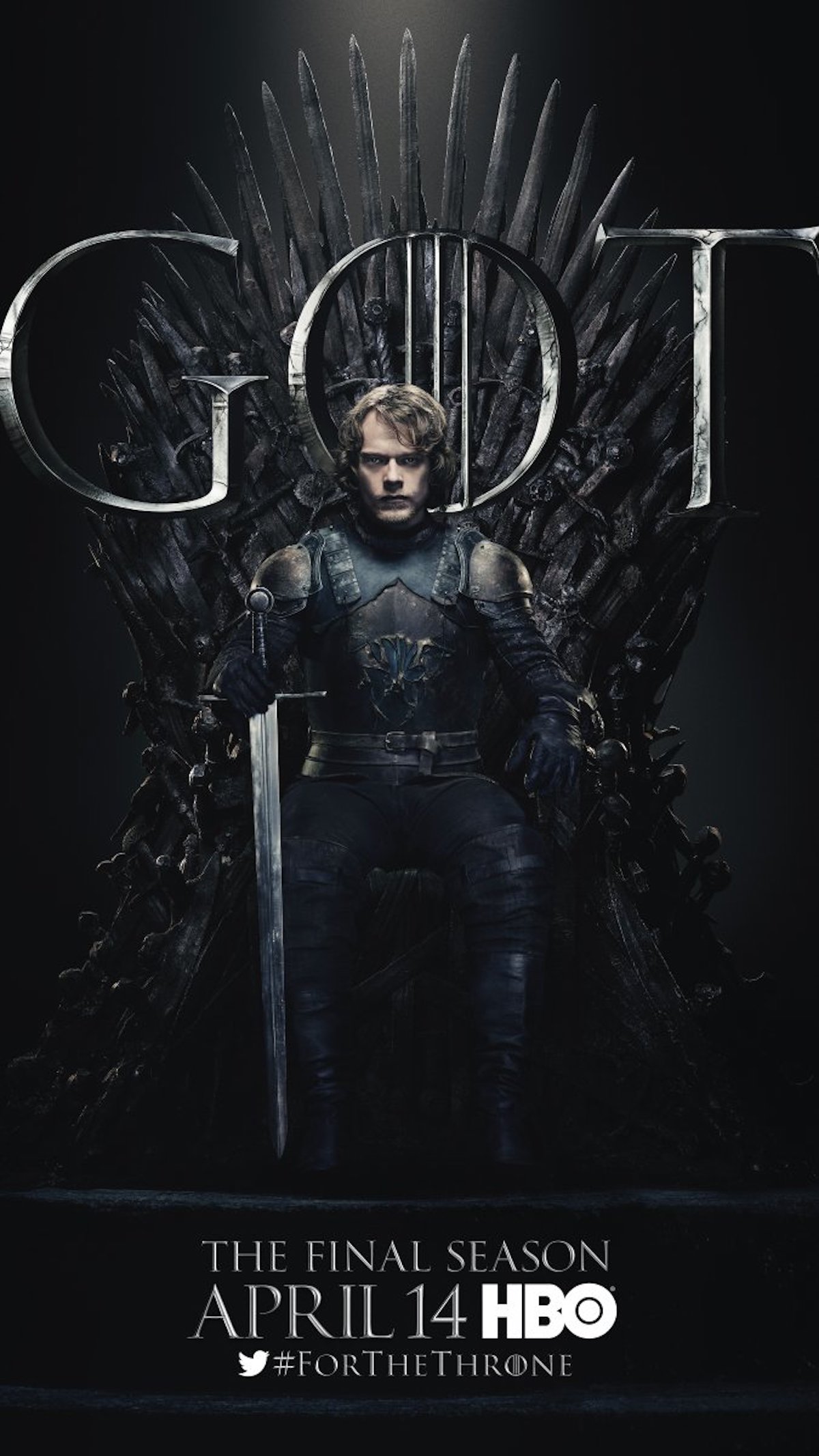 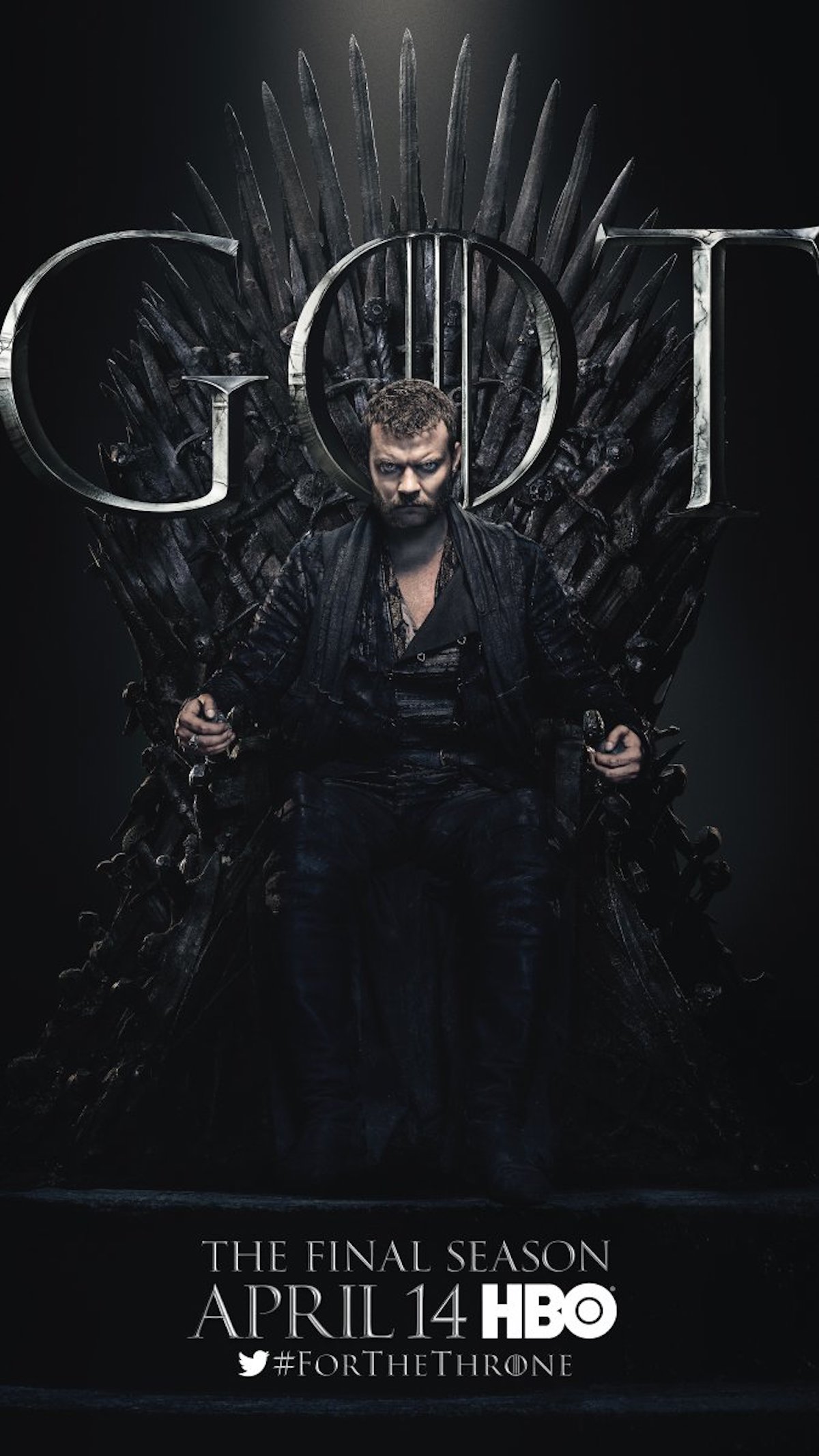 It’s notable that one person who is not included in this series is Yara Greyjoy, currently a captive of her crazy uncle. Does that mean she doesn’t have much of a role to play in this final season? Could she die a quick death? Or is the show hiding a surprise?

Speaking of surprises, the biggest one here is the appearance of Melisandre. We have always expected her return, so this isn’t really shocking, but this does confirm it. More telling could be her non-red dress. Does purple indicate a loss of faith? Or does her dress’ scaled, dragon-like appearance tell us something far more interesting? 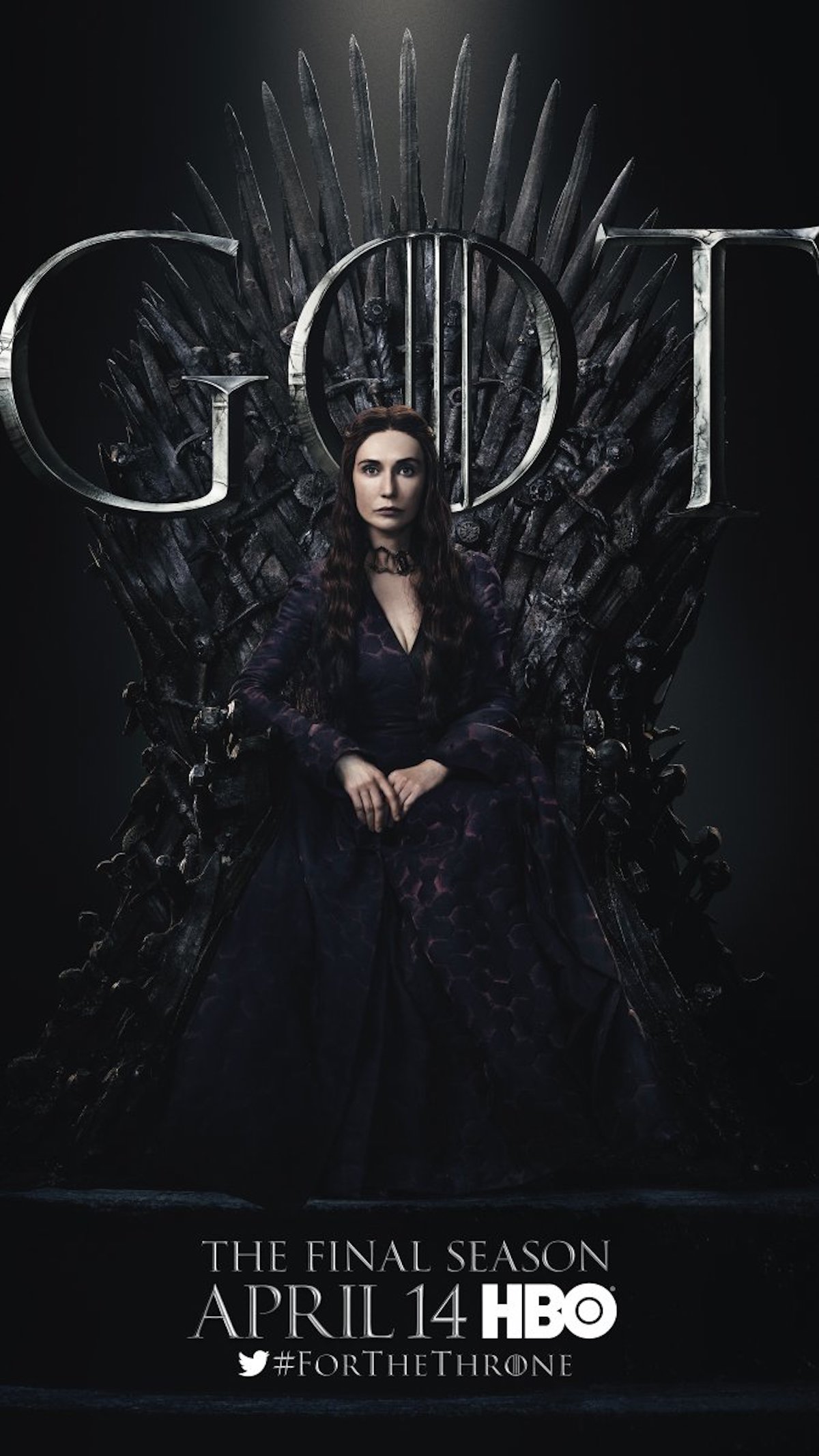 The only other notable omissions from these posters are Qyburn, The Mountain, and Beric Dondarrion. We still expect all three (especially Beric) to play important roles this season.

Of course, there’s obviously one other major candidate to sit on the Iron Throne, but it’s so weird to see we saved him for last. We all have to face it though— the Night King could win. 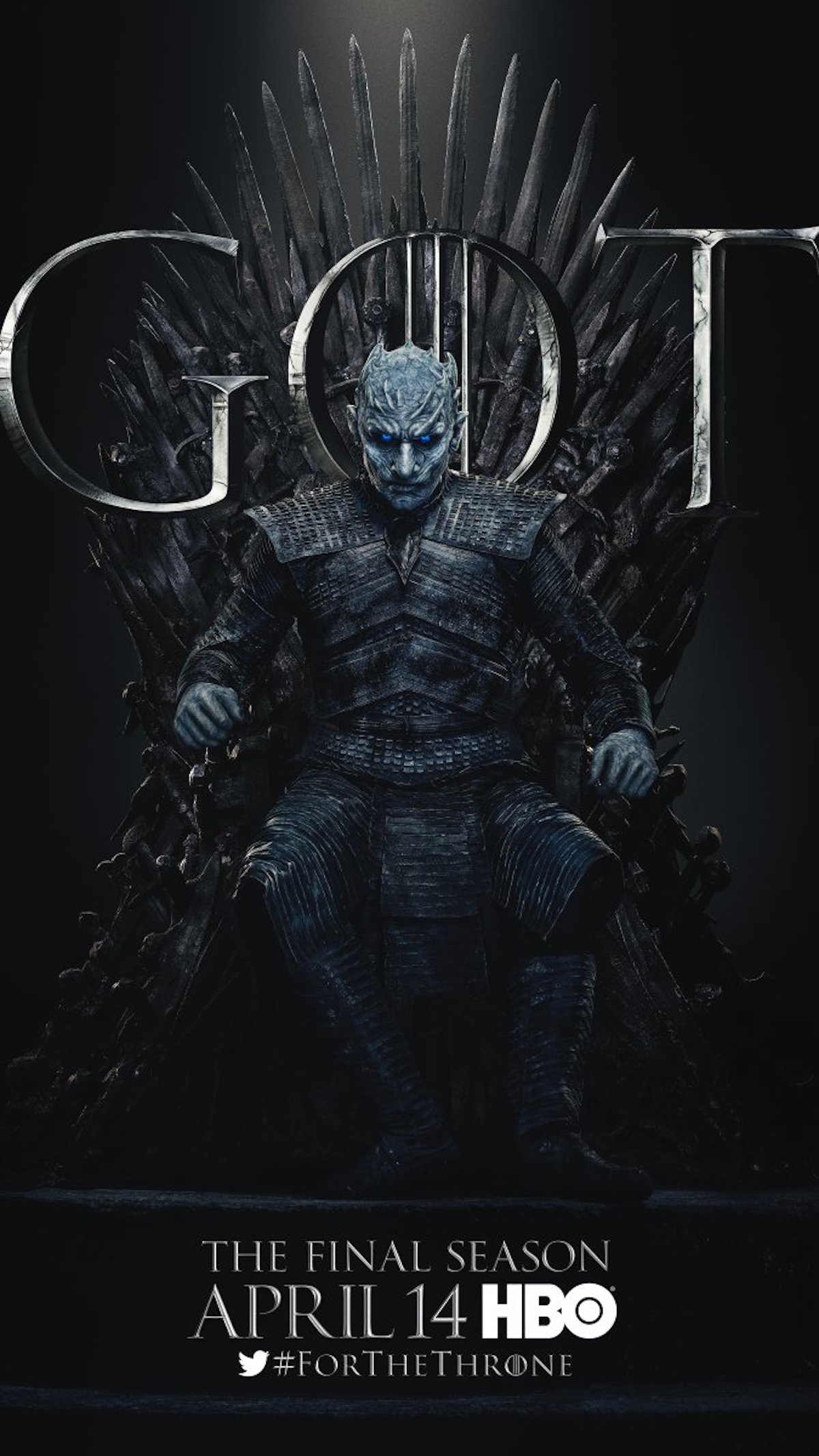 Oh he looks waaaay too comfortable on that chair.

In addition to these posters, Twitter has also created new character emojis for each of the 20 included in the series. And they are #awesome.

These posters have proven one thing: if it comes down to the Night King or no one, we’d rather see the Iron Throne empty at the end of Game of Thrones.