Why Jaime Lannister Deserves to Win GAME OF THRONES - Nerdist

Why Jaime Lannister Deserves to Win GAME OF THRONES

Who do we most want to see emerge victorious and seize the Iron Throne? Before  Game of Thrones‘ final season, we’re making the case for every worthy candidate still standing, this time looking at Jaime Lannister.

Fairy tales are full of brave, handsome knights who save their kingdoms from terrible monsters and go on to be good, just rulers. Ser Jaime Lannister definitely looks the part. He’s a warrior on the battle field, and he protected King’s Landing from the man who wanted to destroy it. Of course, he is also not the kind of knight people imagine becoming king someday, not after the terrible things he has done. But no one in Westeros has grown more than Jaime has. Seeing him rule the Seven Kingdoms may not be a fairy tale ending, but it would be a fitting one.

Here’s the case for why the Kingslayer should sit on the Iron Throne he once saved from destruction. 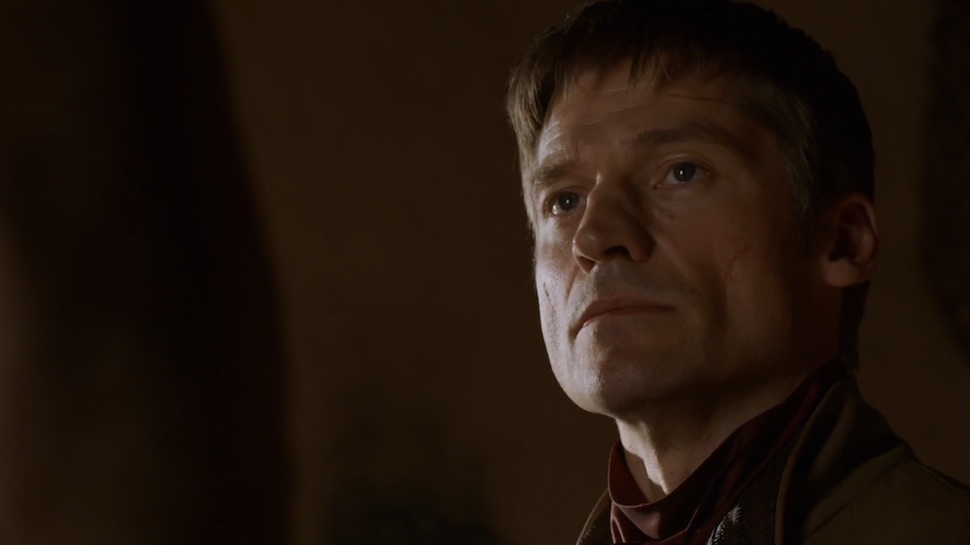 Born into the richest House in Westeros, Jaime was raised by the brilliant former Hand of the King Tywin Lannister, who gave his son an elite education on military tactics and leadership. Those lessons have proved vital as Jaime has frequently managed to stay one step ahead of his brother Tyrion during the latest war for the Seven Kingdoms. Jaime has also proven to be capable away from the battlefields, knowing how to speak with would-be allies. And he has been willing to tell his stubborn sister hard truths in the face of overwhelming odds (a.k.a. dragons) and at his own peril.

Already a skilled and brave warrior as a teenager, Jaime was knighted at 15, and shortly after becoming the youngest man ever named to the Kingsguard. While that meant forgoing his claim to Casterly Rock, it did give him firsthand experience of the royal court, as sworn protector of Aerys II, the Mad King. Those short few years alongside the wildfire-obsessed monarch showed Jaime how dangerous a ruler can be. He proved, though, when he slew the Mad King before he could burn down all of King’s Landing, that he is willing to do what must be done to save others, even at the expense of his own reputation. 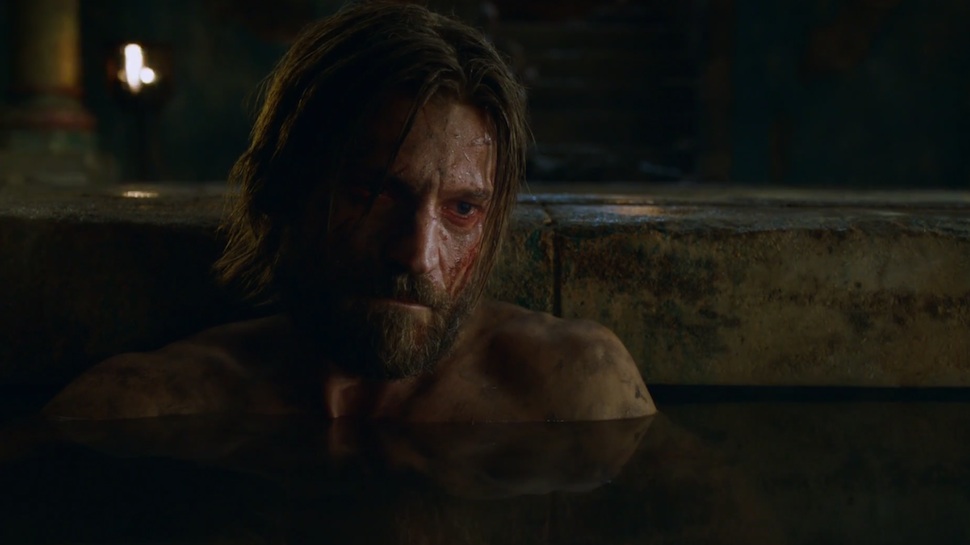 Between his father, Aerys II, Joffrey, Tommen, and his sister Cersei, Jaime has spent a lifetime around those in power. He’s been groomed for command and leadership. But his greatest lessons might be the ones he has learned during his misfortunes during the last few years. First he was taken prisoner by Robb Stark, and then he lost his hand to his captors, which finally taught him humility by forcing him to overcome an obstacle he can’t buy his way out of. Jaime has also learned what real friendship means thanks to Brienne, and showed exactly where his loyalties lie when he ignored Cersei to go north to help fight the White Walkers. He might have been born pretty and rich, but Jaime knows the ugly side of the world as well as anyone, and that’s an invaluable asset for any ruler.

-Gets along well with siblings
-Does not concern himself with the opinion of sheep
-Ambidextrous?

Without any children of her own (and the truth of her pregnancy in doubt), Cersei’s rightful heir is probably her brother Jaime. He is her closest blood relative and older than Tyrion. If he ascended to the throne it might cause yet another civil war, but there’s no other person with a clearer claim to follow Cersei than he.

Historically, the Lannisters were Kings of the Rock before Aegon the Conqueror made them Wardens of the West. The rightful heir to Casterly Rock (which Jaime is again after he was removed from the Kingsguard by Tommen) would have a reasonable argument to rule all Seven Kingdoms if the day comes to name a new king, the same way the Starks would. 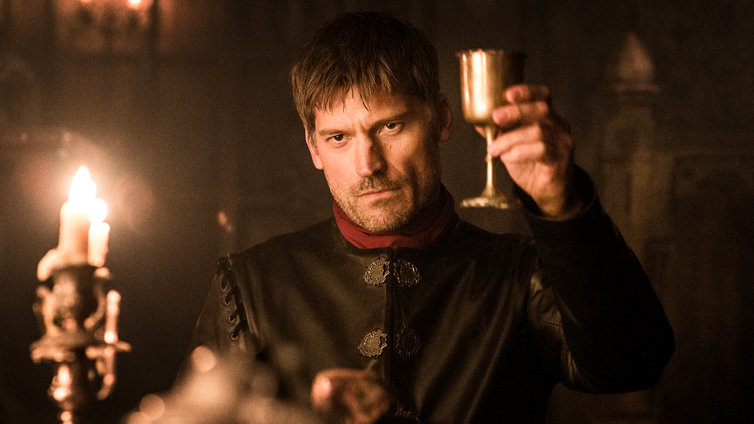 “Tried to murder a child who caught him having sex with his twin sister the Queen” is not what you would call a “plus” on his résumé. Also, the entire Realm knows him as the Kingslayer, the oathbreaker who violated his sacred vow and murdered the monarch he swore to protect. How would it look if he eventually took the Iron Throne that once belonged to the king he killed? Would anyone accept that? Could King Jaime Lannister ever be an effective ruler with that kind of baggage? How could he ever have a moment of peace? How long before he was betrayed by those who swore to protect him?

Also, House Lannister has brought a lot of pain to many kingdoms now. The North, the Reach, Dorne, and Storms End all hate them. If the living win the Great War it’s hard to think of a family less suited to reunite the fractured country than the Lannisters who broke it in the first place. 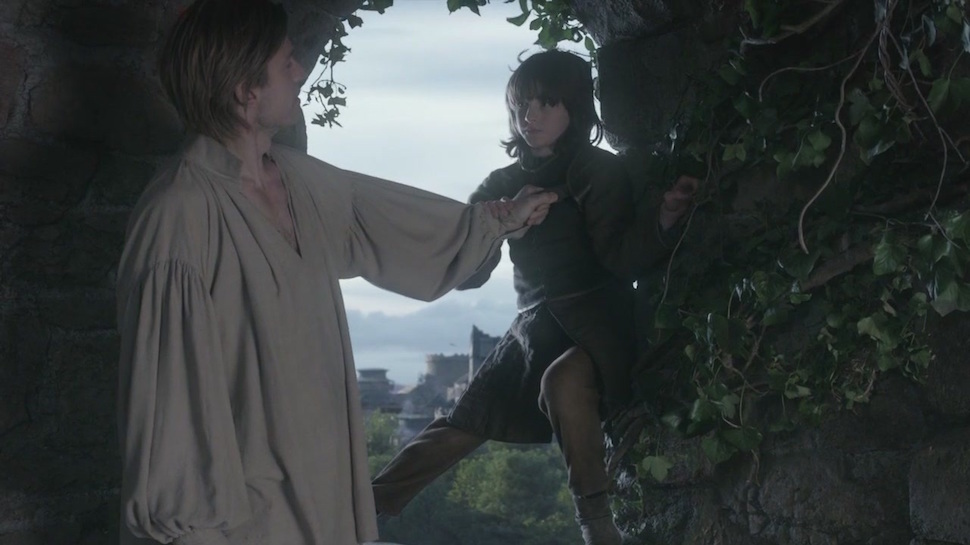 “First of His Name…”

It’s unfathomable to think that the Jaime Lannister we met in season one—the amoral, cruel monster who loves his sister way too much—would end up one of the show’s most beloved characters. Yet that’s what has happened, as he has evolved into a compassionate, humble, and capable would-be leader who will sacrifice his own reputation to protect others. He’s not the heroic knight the fairy tales told us about, but that’s why he would be good king, and why Jaime Lannister deserves to win the game of thrones.