Foo Fighters and Paul McCartney Perform 'Get Back' Together - Nerdist

Foo Fighters and Paul McCartney Perform ‘Get Back’ Together

The Foo Fighters are willing to jam with just about anyone, no matter their age or level of fame. That includes Dave Grohl’s talented young daughter, a musical prodigy the band met thanks to social media, a random fan they pulled up on stage during a concert, and even the world’s coolest five year old. Sometimes though they even play with other popular musicians. Like how Grohl teamed with Mick Jagger on a pandemic track. Or when AC/DC’s Brian Johnson joined them to sing “Back in Black.” Now they’ve hit the stage with arguably the most legendary musician on the planet. Sir Paul McCartney and the Foo Fighters performed The Beatles’ “Get Back” together during the band’s induction into the Rock & Roll Hall of Fame.

This past weekend the Foo Fighters took their place alongside other timeless bands, as the group earned induction into the Rock & Roll Hall of Fame. It’s hard to make that kind of night any better than it already is. But a member of The Beatles doesn’t always welcome a fellow inductee into music’s hallowed halls.

McCartney began with a touching speech about the band’s career. Speeches are nice. But groups don’t earn enshrinement because of what they say. They get in because of their music. So to cap off a memorable evening the band joined McCartney for a cover of The Beatles’ “Get Back.” The performance (which we first saw at The A.V. Club) alone was worth the price of admission. It’s not often you see two timeless musical acts this popular rocking out together. 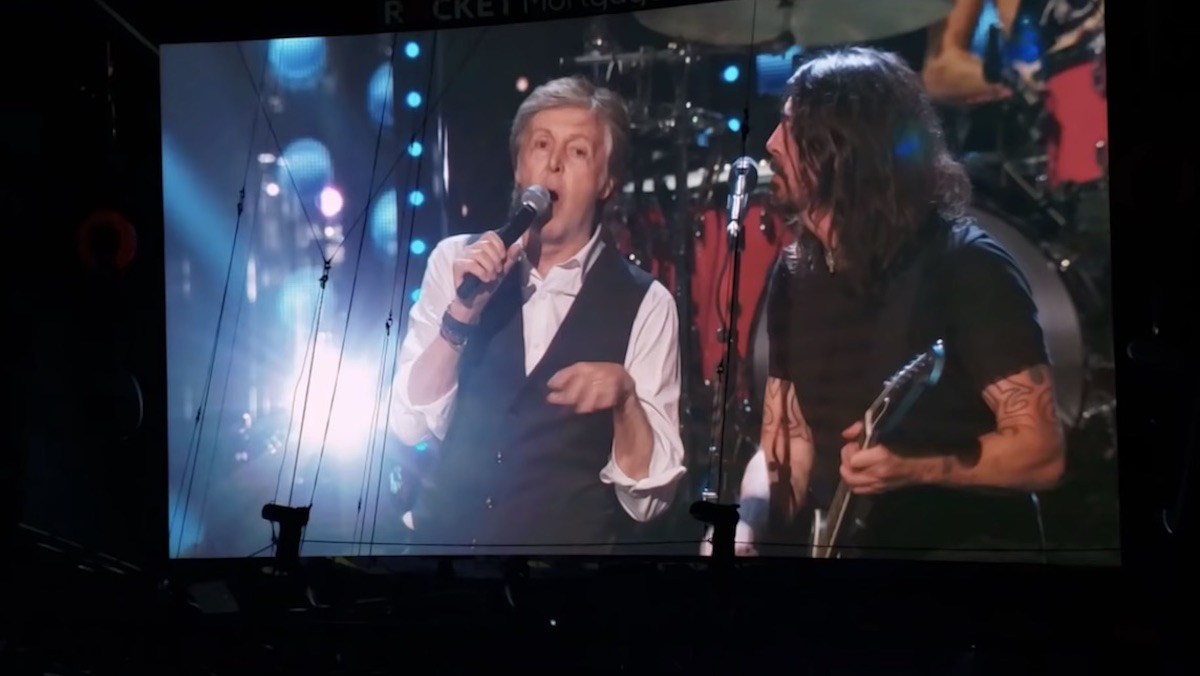 The Foo Fighters have never been shy about sharing their stage. It’s one of the things we love most about them. But it’s not often they’re overshadowed by the person joining them. And that’s what’s really great about this. We know they’re even more thrilled by this performance than we are.