While things aren’t back to normal just yet, there is finally light at the end of this long dark tunnel. When the world does emerge from quarantine, an anthem from two music titans will be there to mark the occasion. And it’s a fitting track for these strange times. The Rolling Stones‘ Mick Jagger recruited the Foo Fighters‘ Dave Grohl for a song that is equal parts angry about the past and optimistic about the future. But while the whole thing might be surreal, “Eazy Sleazy” rocks.

Mick Jagger had an idea for a song “about eventually coming out of lockdown.” One that he says has some “much needed optimism.” It also has a whole lot of Dave Grohl. Jagger sings lead and plays guitar on it, while Grohl contributes drums, bass, guitar, and backing vocals. If this hadn’t been a virtual endeavor he probably would have catered and cleaned up the studio after.

Not that he’s complaining. Grohl shared what it meant to him to work with the music icon. (Who at 77 can still rock harder than almost anyone else alive.)

It’s hard to put into words what recording this song with Sir @MickJagger means to me. It’s beyond a dream come true. Just when I thought life couldn’t get any crazier......and it’s the song of the summer, without a doubt!! https://t.co/hudEh7LCN2 https://t.co/irNkf9zgbq

I don’t know if this will be the song of the summer, but this post-pandemic track absolutely rocks. It also has a hook that will live in your brain long after you listen to it. And it seems perfect for driving down the highway with the windows down when it’s warm out. But the lyrics are really specific about the disaster that was the world’s COVID response. And when things do get back to normal the last thing we want to think about is how much things sucked before. 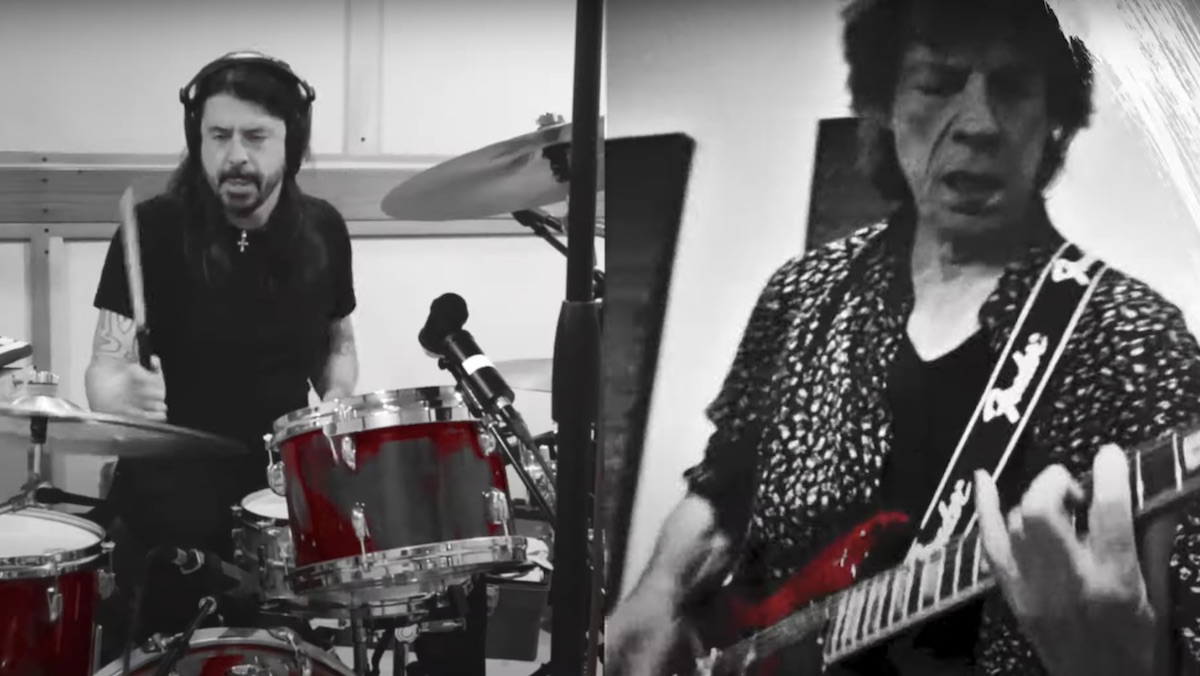 But maybe Dave Grohl is right. Because once we’re out of this dark tunnel and back in the light we’ll really be able to appreciate that he teamed up with Mick Jagger for a song that rocks.