Hours of Otherworldly Ambience To Help You Get Through the Day

Whether you’re working, studying, trying to fall asleep, or simply looking for something to listen to, escape into some of your favorite fictional worlds with these soundtracks paired with ambient sounds. Fans mix sound effects and familiar video game soundtracks for a quiet yet stirring musical experience. This ambience can fill in the background while you work or transport you into another world complete with rain falling, fires crackling, and storms brewing.

Here are a few picks for ambient tunes and atmosphere from some of our favorite franchises. 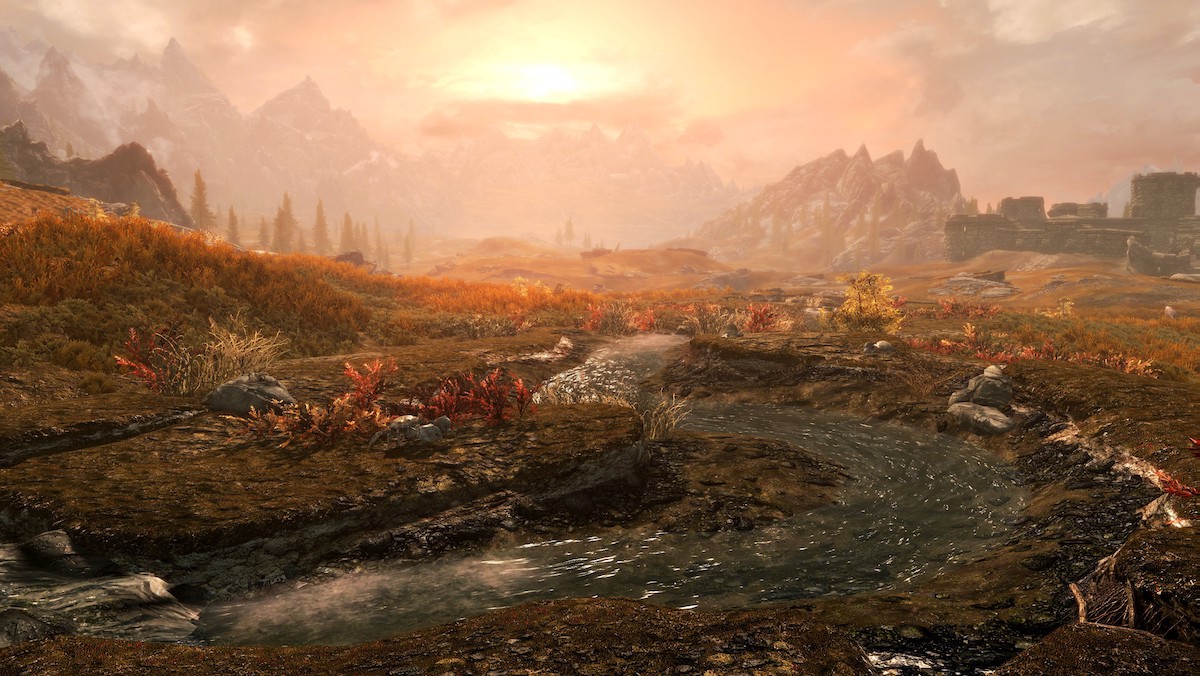 You might not think of the word “relaxing” when you think of the Breach that tears through the Veil between the land of the living and the dead, but the ambient sounds of the town of Haven are oddly soothing. Combining music from the epic game soundtrack with the rumble of thunder and howling wind, this hour-long journey back into Dragon Age: Inquisition is both melancholy and melodic.

We want to go to there.

If you’ve ever dreamed of going to Hogwarts, just close your eyes and listen to the magic surround you in this ambient music video. Three hours of sitting by the crackling fireplace in the Gryffindor Common Room set to John Williams’ delightful score is a cozy way to make those hours of studying or working so much more bearable.

The Fields of Rohan (Lord of the Rings)

Looking for something a little more rousing and epic to motivate you while you work? Imagine you’re riding with the Rohirrim as the wind blows through the plains of Rohan, accompanied by Howard Shore’s now iconic score. The sweeping music and breathtaking sights of the grasslands of Middle-earth might be just what you need to make it through your next few hours of intense concentration.

Crackling fire? Check. Familiar notes composed by John Williams? Check. And Obi-Wan Kenobi? This is where the fun begins. Sit by the fire with the Jedi Master for an hour of meditation set to the score from all three trilogies of Star Wars films. Each piece is so beautiful that you might find yourself pausing work to feel the Force surround you before diving back in.

While the rain falling and songs from the video game Persona 5 on loop make this the most repetitive video on the list, it’s also the easiest to tune in and tune out to. Ten hours of the chill theme make this mix perfect for sleeping on those nights when you long to hear the tap of raindrops against the window.

We could easily recommend any ambient music video on the Everness channel, but the sights and sounds of Skyrim are our favorite. Dungeons, taverns, cities, and the wilds of Skyrim are all at your fingertips thanks to these amazing playlists. (These also make great soundtracks for your next Dungeons & Dragons game.) You’ll also find amazing ambience and music from World of Warcraft, other Elder Scrolls games, and The Witcher 3.

Song of Storms (The Legend of Zelda)

If there’s one song that has to be played with the falling rain, it’s the Song of Storms from The Legend of Zelda: Ocarina of Time. This piano rendition of the catchy tune is a soothing dose of nostalgia for the days spent in front of the trusty Nintendo 64. It’s also just plain pretty.

What do you like to listen to while you work? Tell us in the comments.