Who are the greatest villains in all of pop culture? Is it the Joker? Darth Vader? Voldemort? All solid choices, but we think that the classic Disney animated films have the finest pedigree in on screen villainy that there is. It’s a legacy that goes back to their original baddie, the Evil Queen from Snow White. And it stretches on down to Mother Gothel from Tangled. So it’s no surprise that the Disney Villains have all become synonymous with the Halloween season. And this year, Funko, Spirit Halloween Stores, and Spencer’s are teaming up to give fans of the Disney Villains a true treat. 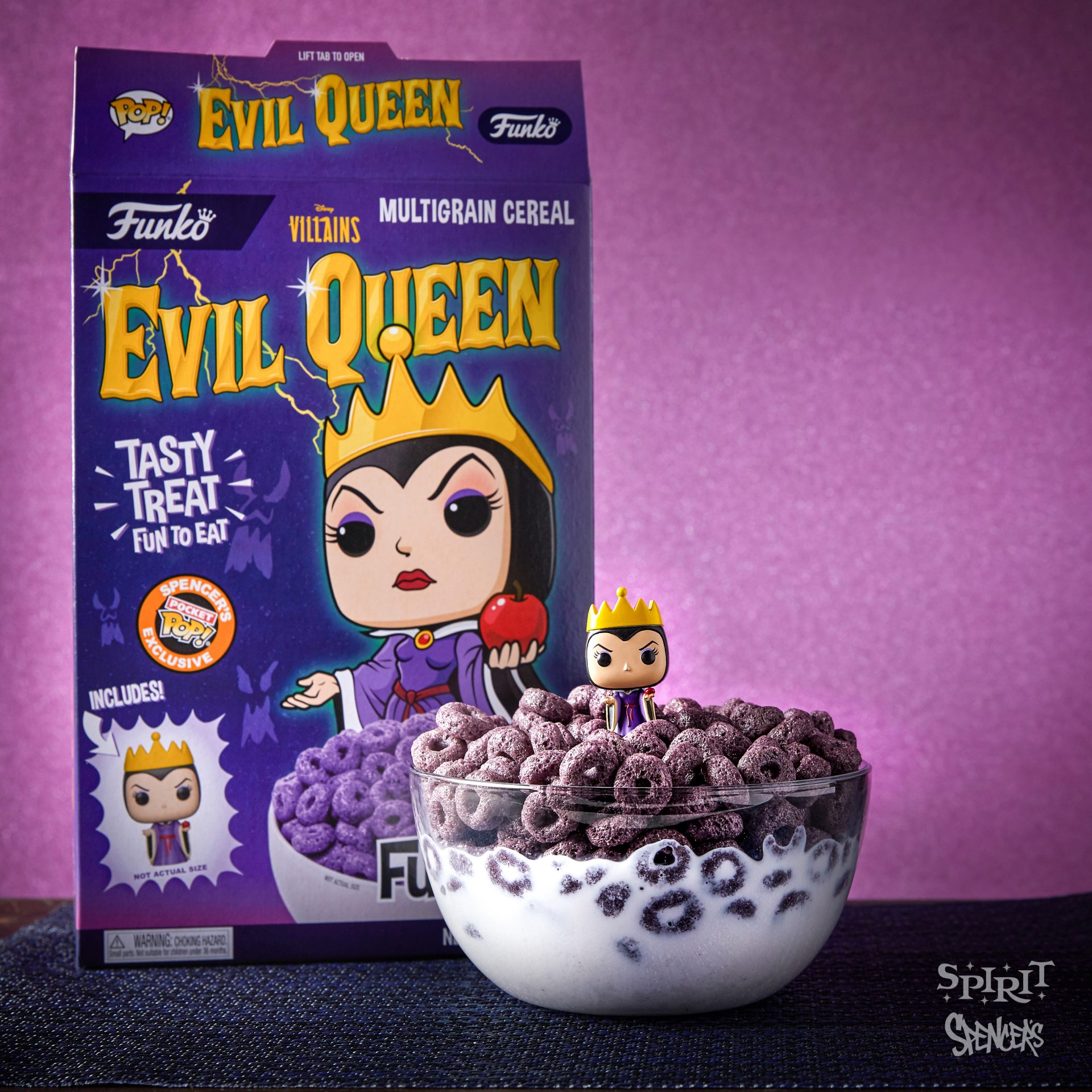 For this year’s All Hallow’s celebration, the folks at Funko have unleashed a series of FunkO’s breakfast cereals based on some of the most dastardly of the Disney Villains. First out of the gate was Ursula the Sea Witch from The Little Mermaid and Oogie Boogie from The Nightmare Before Christmas. These were followed up by cereals for Hades from Hercules, and the current reigning “Mistress of Evil,” Maleficent. Now, the final two Halloween FunkO’s cereals have been announced, and for these last two we are going back to the Golden Age of Disney on screen villainy. 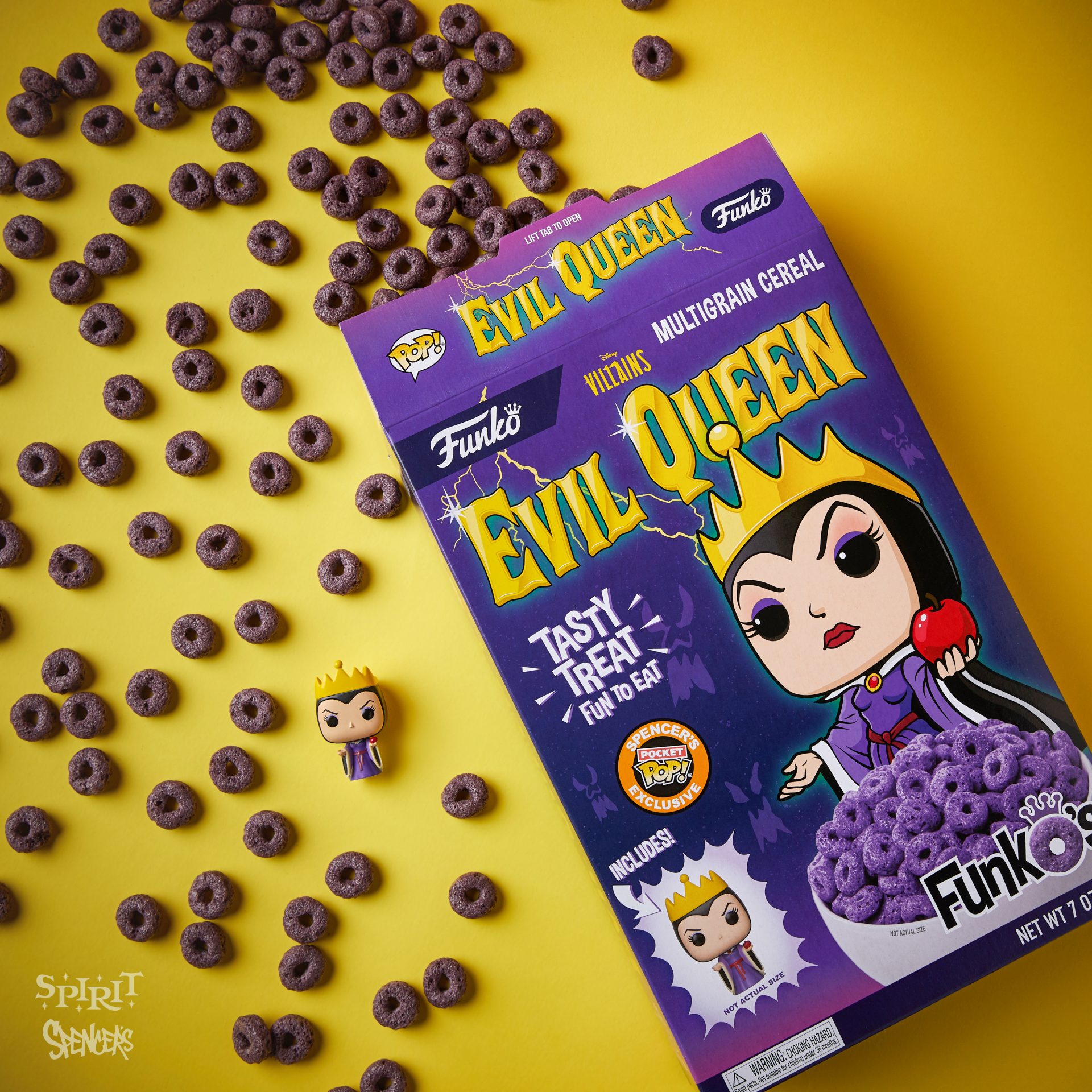 The Evil Queen from Snow White and the Seven Dwarfs set the template for all the Disney villains who came after, so it’s fitting she gets to be in this last batch of Halloween-themed cereals. Snow White’s wicked stepmother pre-dates not only the other Disney Villains, but she beat another famous witchy crone to the big screen by a whole two years! Yes, before the Wicked Witch of the West was going after Dorothy and her little dog too in the land of Oz, the Evil Queen was handing out poison apples to poor Snow White. She’s the original and baddest of the big screen witches. 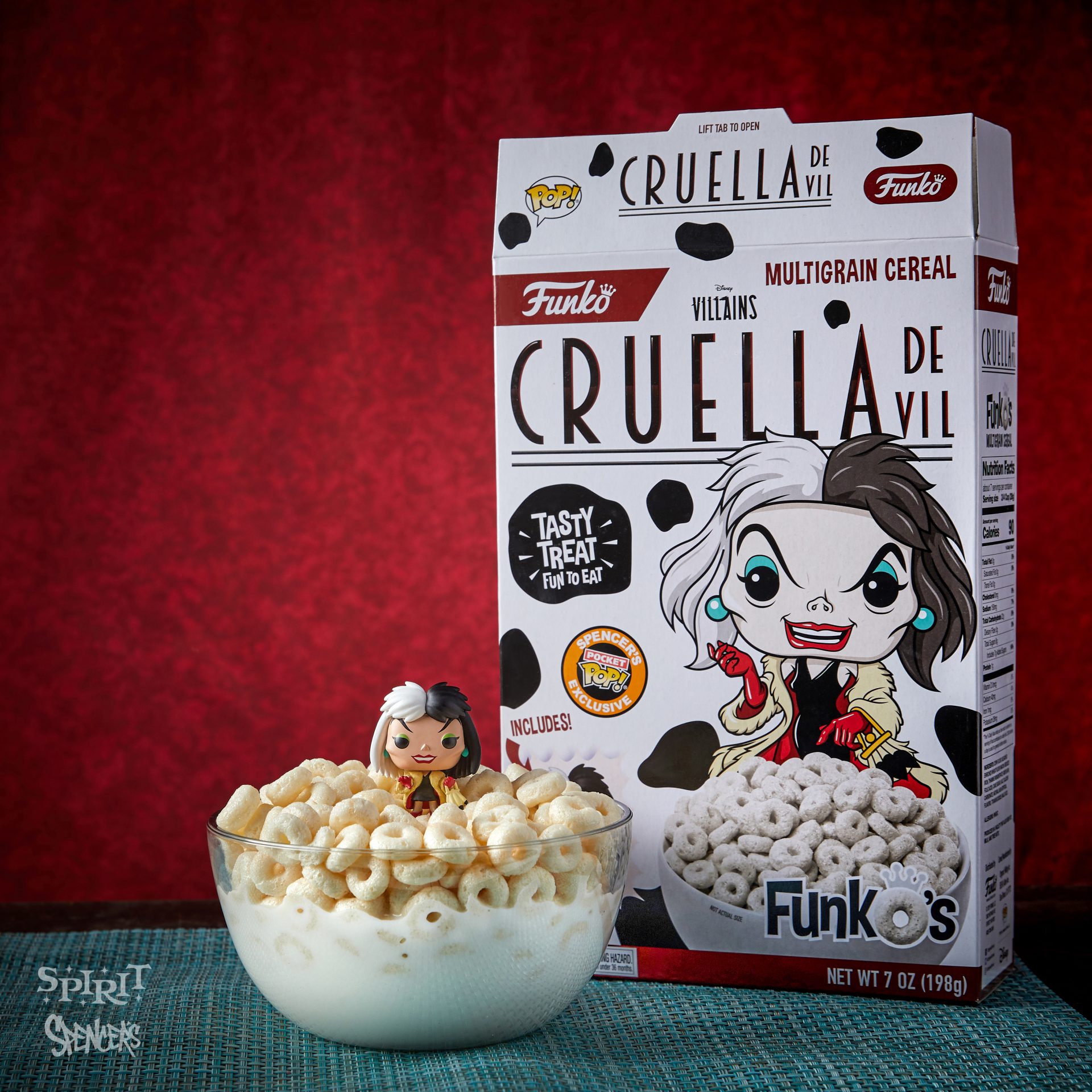 And while Cruella de Vil might not technically be a witch, we think that anyone who wants to kill a lot of adorable puppies just to get a one-of-a-kind fur coat has got to rank pretty highly in the “most evil” category. Sorry Hannibal Lecter, but Cruella is just that much worse than you are.  The 101 Dalmatians scoundrel— soon to be played on the big screen in live-action be Emma Stone—also has a cereal all her own. Funko fans can keep the cereals intact inside their boxes and keep them on their shelves as cool collector’s items, or they can open them and get the mini Pop! that comes inside. And get a taste of some yummy breakfast cereal. 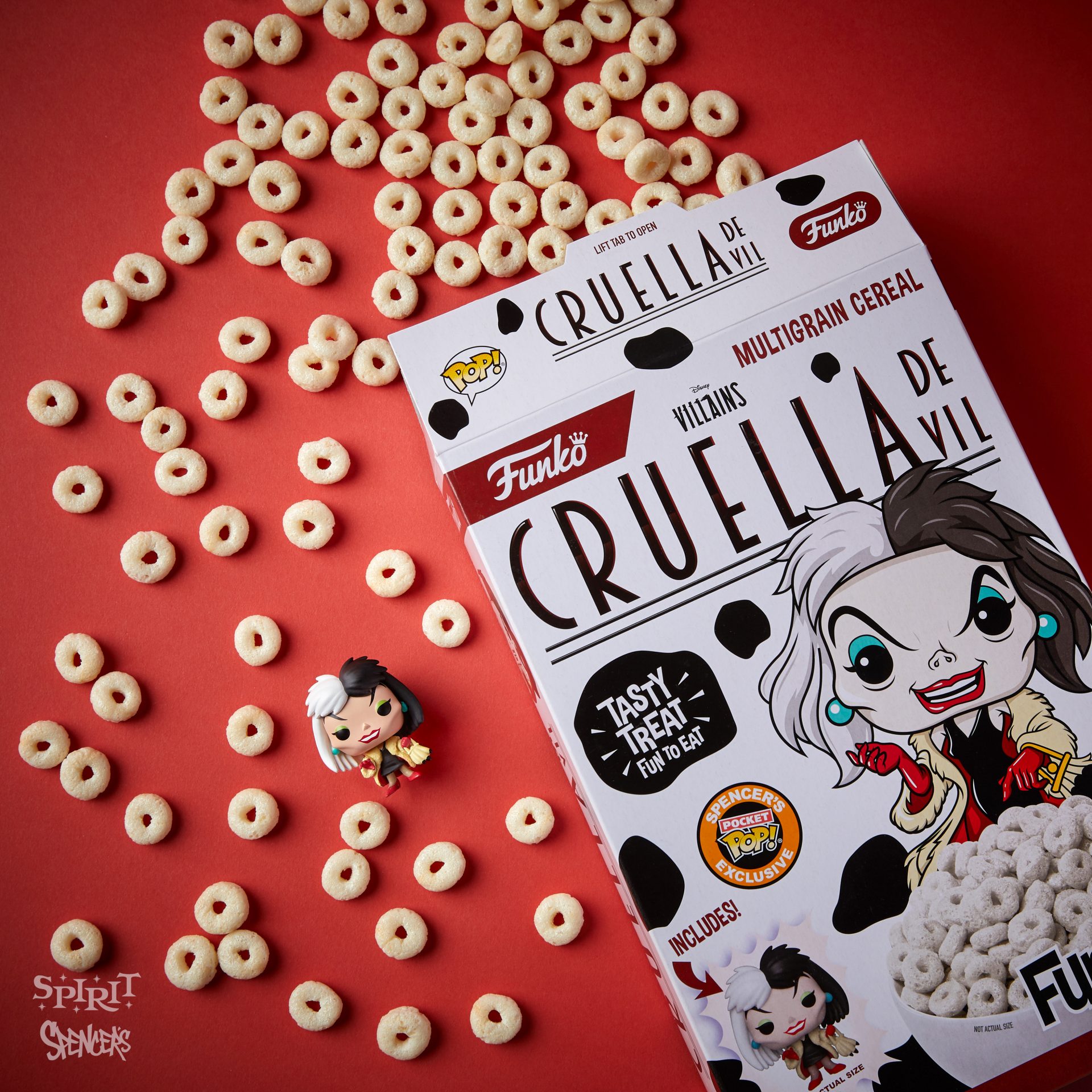 Here’s hoping we get a new batch of these next year. We’d love to see Captain Hook get his own cereal. And how about Chernabog the giant demon from Night on Bald Mountain in Fantasia? Scar, Jafar, Madame Medusa, the Queen of Hearts. There is literally no shortage of iconic Disney villains who could join the line-up next year.

The new Evil Queen and Cruella Funko Pop! cereals will be available for pre-sale with a ship date of October 9, 2019. You can pre-order both of them now at Spirit Halloween and Spencer’s.