It’s often difficult to distinguish what came first in the life cycle of a film: the story it decided to tell, or the controversy surrounding it. By the time Joker opened in theaters on October 4, the discussion around Todd Phillips’ film was so deafening that the lucky few who saw it early were already aggressively muting social media keywords. Meanwhile, the rest were racing to see it just to get out of the way of the fire hose of opinions in hopes of properly formulating their own.

For better or worse, Joker is a movie engineered to divide audiences and elicit strong reactions. But as Bonnie (Zoë Kravitz) astutely observes in season one of Big Little Lies, “None of us really see things as they are; we see things as we are.” What seems to be emerging as a common thread, possibly the only one, among responses to its discordant, even misanthropic worldview is the viewer’s rush to justify or condemn the behavior of its complex protagonist based on their own experiences and perspectives. This is by necessity, due to the absence of explanations Phillips and his collaborators refuse to provide.

Ambiguity, of course, is something audiences tend to reject; Martin Scorsese, whose movies were a conspicuous influence on Phillips’ film, frequently explores unsavory, even truly evil individuals without criticizing or punishing them. His The Wolf of Wall Street in particular forced an unhappy conversation on the moviegoing public about the difference between presentation and endorsement after Scorsese’s portrait of Jordan Belfort was deemed too much fun for its own good, and accurately depicted the slap on the wrist the real Belfort received for his egregious financial misdeeds. Similarly, Joker devotes more time to examining what motivates Arthur Fleck than to condemning his acts of violence and destruction. 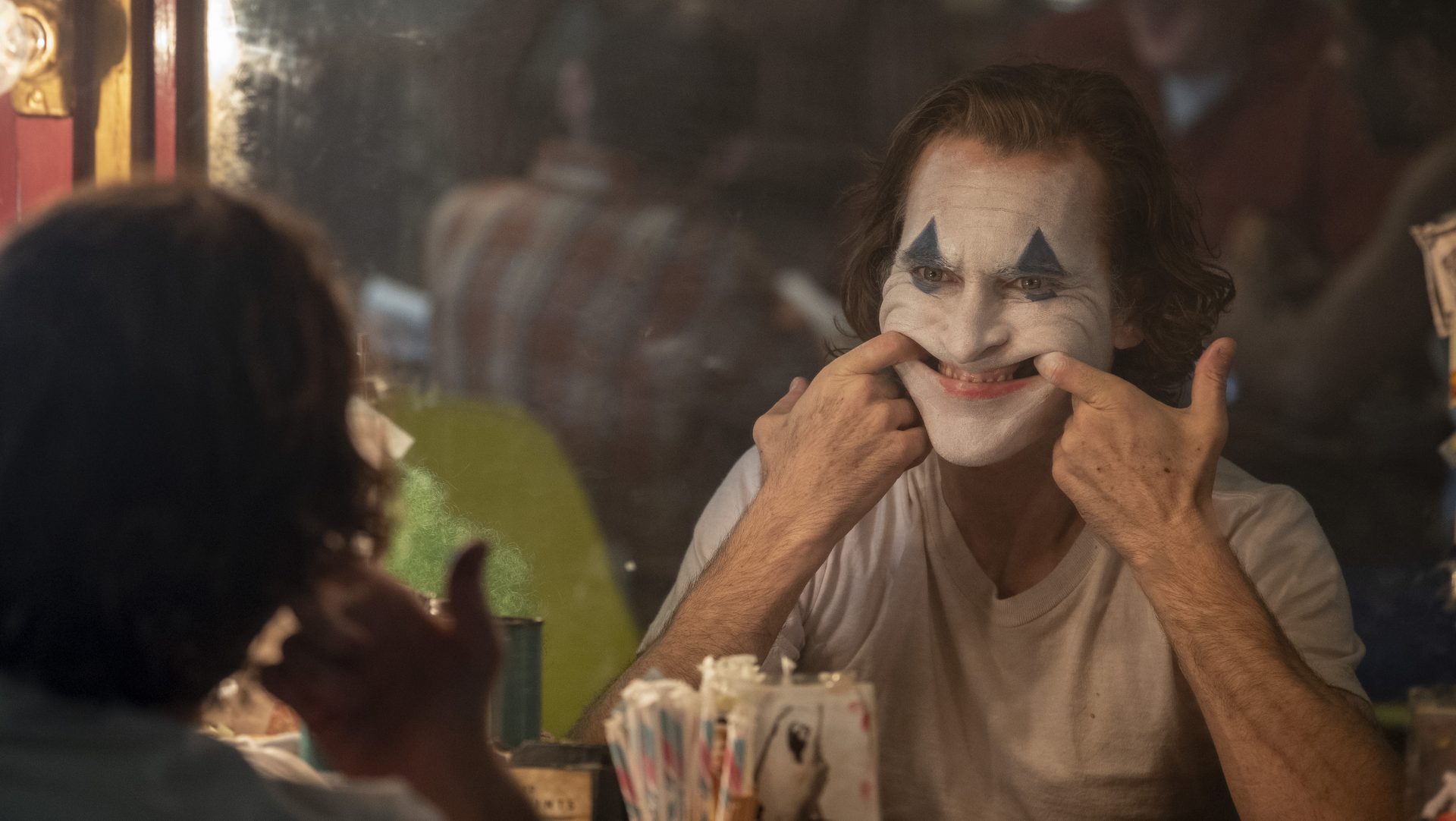 Part of the initial problem for many viewers is knowing that Todd Phillips, whose pedigree is in raunchy comedies about the bad behavior of questionable men, co-wrote, produced, and directed the film. Road Trip, Old School, Starsky & Hutch, and three Hangover movies have earned him a tremendous amount of commercial success, but considerably less praise as a filmmaker or storyteller. Certainly he inherited the legacy of anarchic, often puerile 1970s and ’80s comedies like Animal House, Caddyshack and National Lampoon’s Vacation. But one of his earliest films was the documentary Frat House, a warts-and-all look inside the community and culture of Greek organizations, and whether or not his subsequent work sufficiently carries forward and evolves its look at masculinity and privilege, that film feels a bit like a Rosetta stone for deciphering his attitudes about the characters he portrays when his films refuse to define them more clearly.

Whether or not you like Phillips’ films, his work has continued to explore male privilege and immaturity with increasing specificity, and less of the glib humor that made his early films Road Trip and Old School such goofy crowd-pleasers. The third Hangover film barely counts as a comedy, and War Dogs feels like a warm-up for his Scorsese riffs in Joker, a brackish Wolf of Wall Street knockoff with war profiteers installed as protagonists in place of hedge fund managers. Nevertheless, because Phillips’ focus (or maybe fixation) on “bros” seems to fall less into a recognizable subcategory of career themes than commercially time-honored Hollywood subject matter, of course Joker will seem to some like another celebration of toxicity, or an ode to the fading influence and authority of white men in an appropriately expanding time of inclusion and multiculturalism. That Phillips seems predisposed to antagonize his critics by complaining about the dangers of straight, white boogeyman phenomena like political correctness doesn’t help earn him the benefit of the doubt.

Additionally, it’s easy to look at Arthur’s life and question the value of exploring the experiences of “another” mediocre white man, particularly if you view cinema as a platform for diversity – or based on history, a lack of it. But much of what he goes through is identifiable in the way that most or all filmed stories are meant to be universal – about ambition and adversity and disappointment and triumph and catharsis, with only the particulars changing between one journey and another. Everyone has had a moment where they needed someone to listen – to truly listen – to their problems. To treat them with dignity. To validate their dreams. To give them a break. To show them some understanding. To provide companionship. Arthur is not every man (or even an everyman), but what he goes through is undeniably relatable, even if you don’t want to be a clown, and can control yourself from laughing when you don’t feel like it. 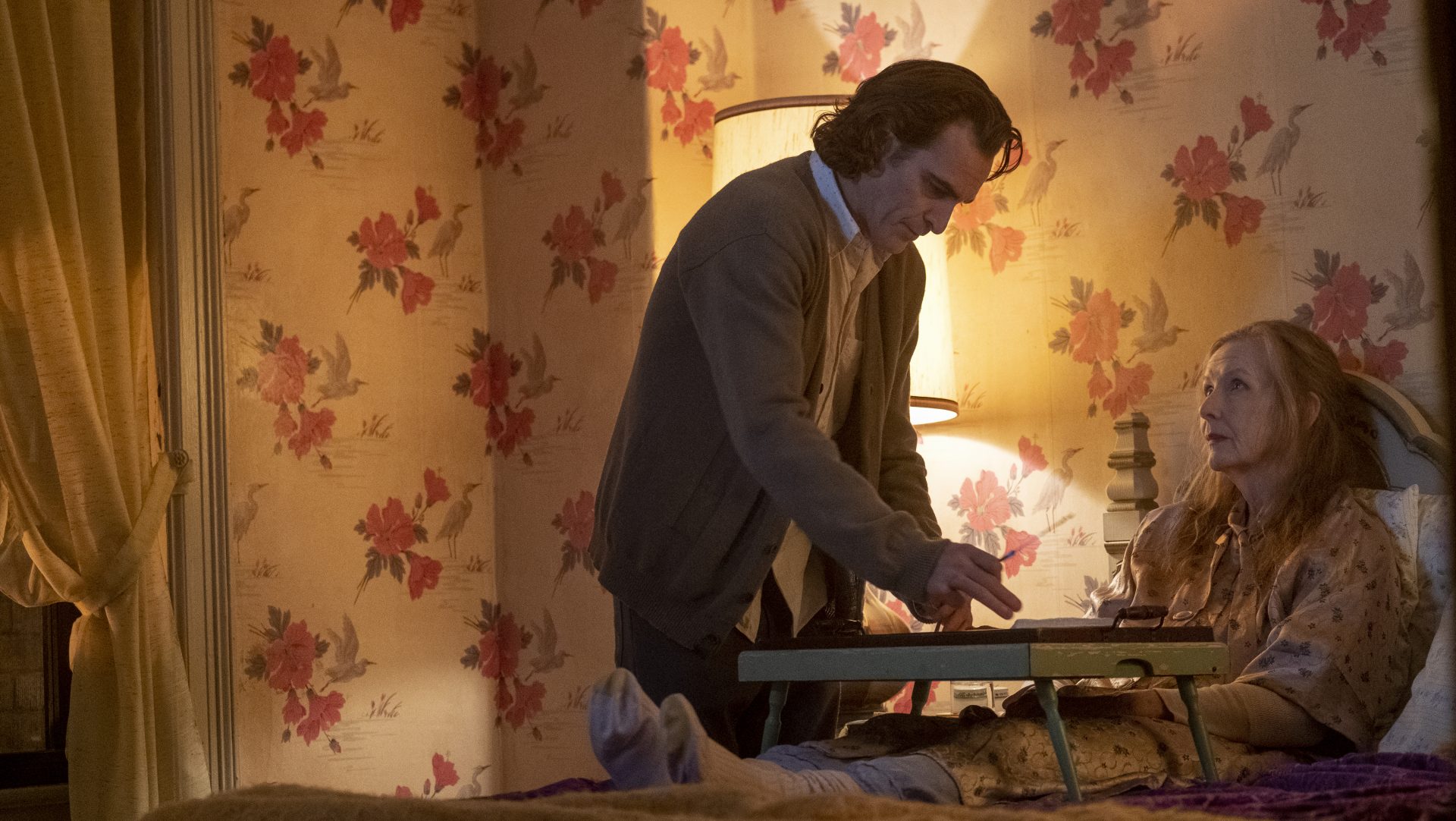 This is not to say the movie is good or bad as a result of that relatability, only that the movie seems interested in trying to humanize at least some elements of a person who has within popular culture become a personification of evil, even if that evil is frequently cartoonish. Because once his behavior turns violent – after he kills three young businessmen who are tormenting him, and turns on his mother for betraying and anchoring him to failure and unhappiness – the movie, I’d argue, no longer in any way tries to defend or justify it. He becomes by any definition a Violent Monster, but he is still the man from the beginning of the film trying to express his pain and sadness so that someone can help him move past it and heal.

There is a broader cultural context that the film inherits, or maybe uses as a foundation, that is troubling enough for people to not want to see it represented on screen. This context is a community of young men reckoning with a world that they feel is indifferent to them, ignores their needs and desires, and does not validate their impulses, all in the way that women and people of color have been ignored and invalidated for millennia. They act out violently in response to refusal of their demands and rejection of their feelings. They have not been equipped to handle the natural disappointments that are part of life, or trained to interact and deal with others in a way that might facilitate greater social, professional or romantic success. Or possibly, as is the case with Arthur, they have simply been disappointed too many times, and something in them is or has broken, and they subsequently have turned to a community of like-minded individuals for validation, reassurance, and encouragement that their anger and resentment are a healthy and appropriate way to express their feelings. 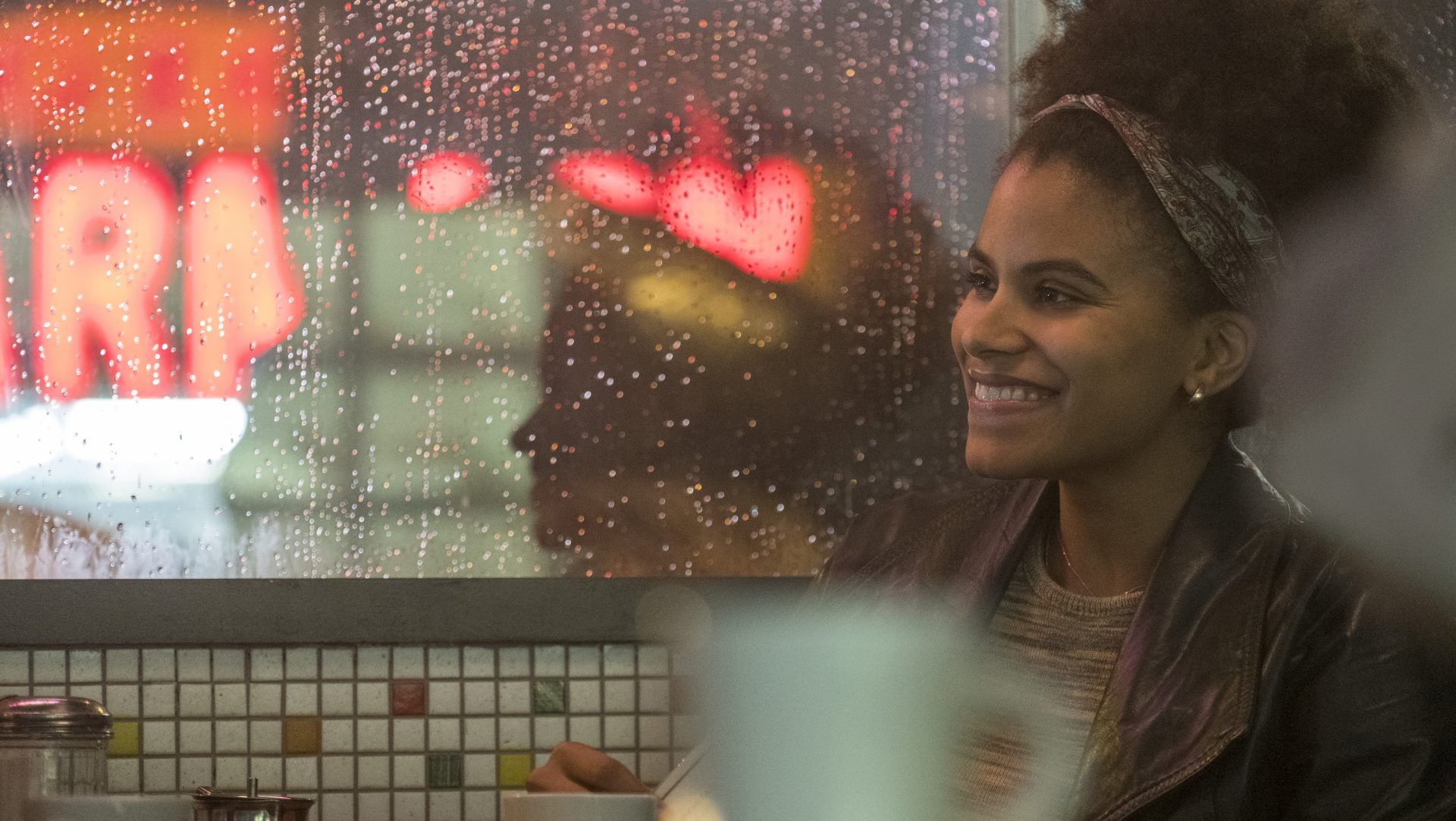 Given the violence that happens all too often in the real world as a result of young angry white men who enact violence on innocent people in order to express and exorcise their frustrations, it makes total sense why a story like Arthur’s would be unwelcome or unwanted. But without answering definitively, the movie asks a particularly timely question – is there value to be gained by exploring these people we view as “monsters” and trying to understand their pain? Even if we do not forgive or excuse their terrible acts, it seems important to remember that they are just people.

Characterizing them as insane or monsters only grants us an arm’s length distance from which to judge their behavior and fail to even try to show compassion about what led them down such a dark path. In which case, it makes sense that a movie like Joker is seen as “irresponsible” for not actively condemning Arthur’s behavior, and especially for suggesting that beneath the grease paint and hysterical laughter there’s a deeply unhappy person trying to connect with other people in the world. But not telling this story does not eliminate either the need to try and understand different, possibly unhealthy points of view, or the people who express them.

The film engages a number of larger cultural conversations without necessarily advancing a strong opinion about them – which moviegoers may, again, consider an obstacle or “problem” at a time when they perhaps understandably want a clearer sense of what a movie thinks about its subject. Then again, perhaps the movie just doesn’t know what it thinks about this character, and Phillips hoped to arrive at an answer by the time he finished telling Arthur Fleck’s story – and that contradiction or uncertainty is something to be looked at and/ or criticized. But whether you love or hate it, Joker gets at some provocative ideas about identity, about a number of specific subsets of our culture right now, and about the psychology of heroes and villains that few other so-called “superhero” films manage to do. Regardless, it’s a considerable accomplishment that even if Phillips’ movie doesn’t get underneath or inside the title character’s perspective, it still holds up a mirror for each viewer to examine their own.