Is it possible that WandaVision has just slyly tipped their hat to the possible arrival of one of Marvel’s most deadly forces? We now know that mutants have entered the MCU. This is thanks to the arrival of Evan Peters’ Quicksilver from the Fox X-Men universe. And along with mutants, usually comes those who hunt them down. The robotic Sentinels have long been the biggest threat to mutantkind. But what if the agency known as S.W.O.R.D. is actually behind the creation of the deadly A.I.?

In today’s Nerdist News, Dan Casey breaks down all the ways the Sentinels might have just been introduced into the MCU. And how S.W.O.R.D. and Vision’s corpse might be the seed from which the X-Men’s deadliest enemy will someday grow.

In the MCU, the name “ S.W.O.R.D.” stands for “Sentient Weapons Observation and Response Team.” In the current MCU, those “sentient weapons” are random people with superpowers. As far as we know, a mutant branch of humanity has yet to emerge. Or have they, and the general public is just not aware of them yet? A lot could have happened in the five years of “ the Blip” which we viewers are only vaguely aware of. Including the emergence of the X-gene. 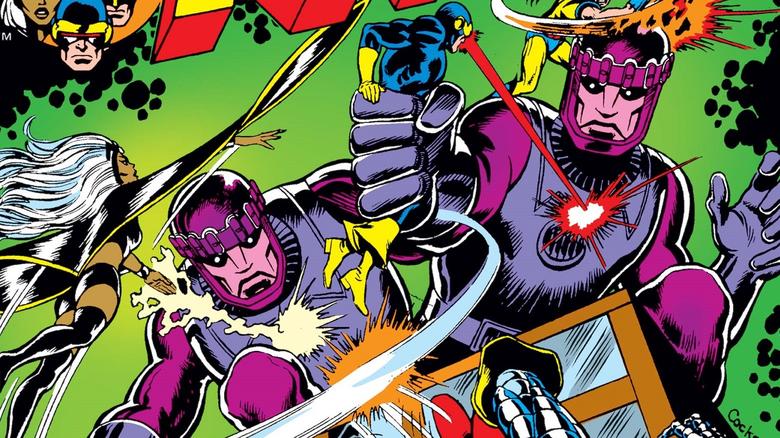 We know from recent WandaVision episodes that S.W.O.R.D. was taking apart the Vision’s corpse and studying it. Presumably for five years. One might suggest they are trying to recreate the snynthezoid A.I. to be a tool against the so-called “sentient weapons.” We could see how Wanda Maximoff might find something like this intolerable. Assuming she is a villain in this narrative, then so is S.W.O.R.D. 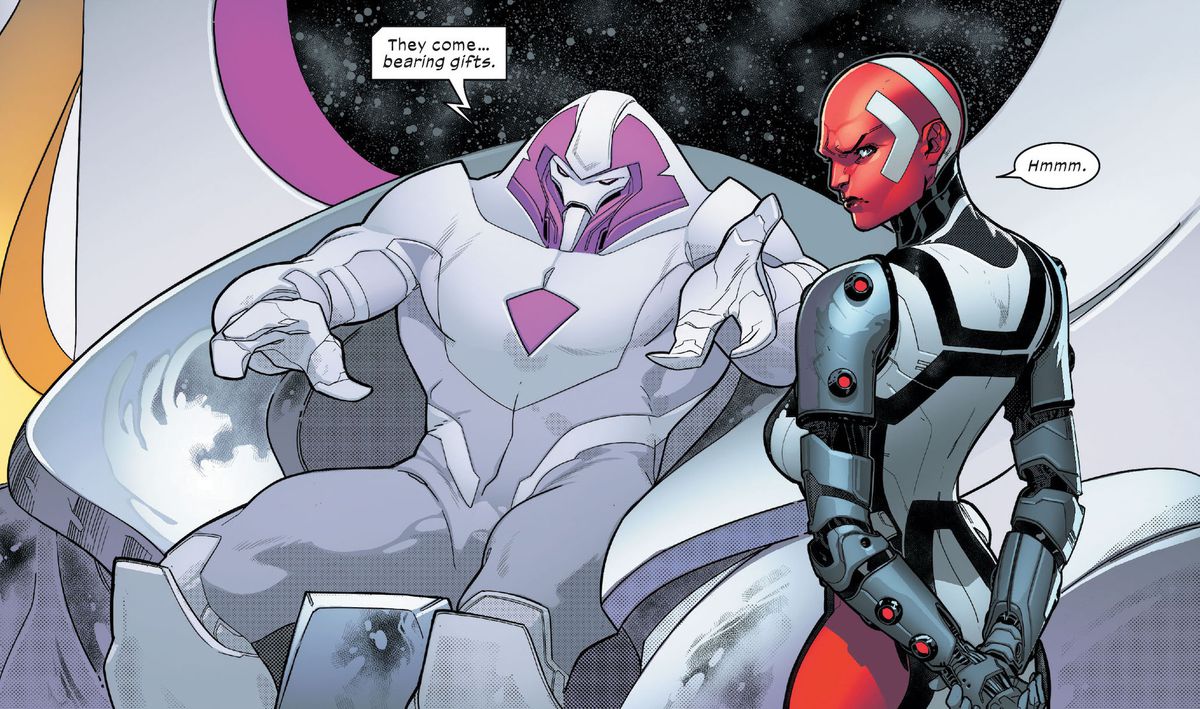 Recent Marvel Comics might also provide a big clue as to what’s coming down the pike. Kevin Feige is a big fan of writer Jonathan Hickman, often mining his ideas and characters for the MCU. (Infinity War’s Children of Thanos are Hickman babies). Hickman’s recent Dawn of X reboot of the X-Men line posited that in every timeline, mutants and sentient A.I. begin at the same time. Could we be seeing the genesis of this dual species birth right here? It would be fascinating if this one Disney+ series manages to introduce so many different concepts to the MCU at once.