One of the coolest moments in WandaVision so far happened in the opening moments of episode four. That chapter presented the first real look at what it’s like for everyone who was snapped away by Thanos to suddenly come back to life after five years being “dead.” WandaVision really goes there, giving it all to us from the perspective of SWORD agent Monica Rambeau.

Now, a Twitter user and MCU fan by the name of Gugga Leunnam has taken footage from the moment in Avengers: Endgame where Hulk snaps everyone back into existence, and synced it up with the Monica’s return in WandaVision. It’s quite amazing how perfectly it all works together. You can watch the full video down below:

#WandaVision SPOILERS!
I synchronized both scenes from The Blip: pic.twitter.com/zSqWzcn0Dc

WandaVision isn’t the first time we saw the “snapped away” folks return. Although it was more or less glossed over, Spider-Man: Far From Home gave us a few scenes which showed people Thanos had snapped away coming back. Scenes which mostly handled it all in very a comedic way. Peter Parker’s classmates suddenly returning to life on the basketball courts and freaking everyone out for example. Those scenes were hilarious, but it’s great that we got to see a more serious take on this event too. 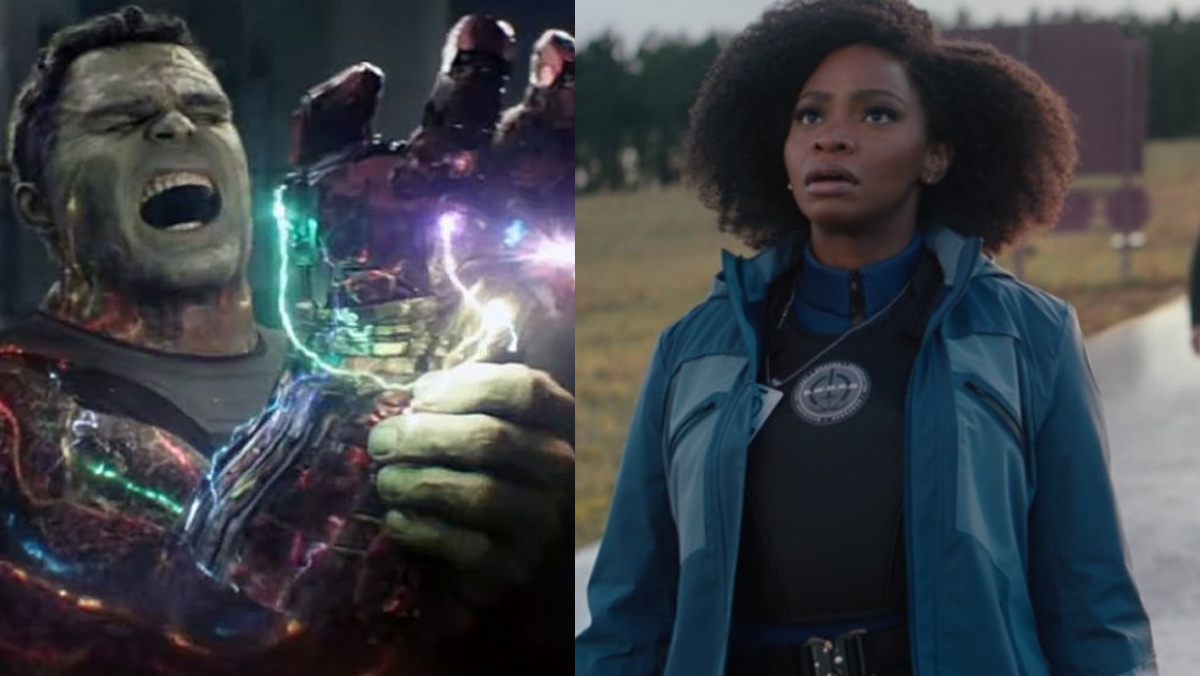 It’s fair to say that “the Blip,” as folks refer to everyone’s five-year disappearance in the MCU, will play a large part in all future Marvel Studios projects. There’s no way something of this magnitude wouldn’t change the entire universe for all time. Trillions ceasing to exist for years can’t be easily dismissed. As time goes on, they may reference it less. New York’s alien invasion in the first Avengers is still referred to constantly. (Even in the grounded Marvel Netflix shows!) We’d day the Blip this would be like that, times 100. We remain curious as to how it will all be used as story material. And if it will come up again in WandaVision.