Free-floating Crinoids, a.k.a. feather stars, are mesmerizing deep-sea creatures that dance in water like stars dance around a black hole: that is to say, gracefully. The smooth-moving feather stars ribbon their limbs through the ocean for motive force, and put on an entrancing show while doing so. The one in the clip immediately below, for example, may possess you with its bizarre fluidity.

I feel like we will always discover something new in the ocean pic.twitter.com/oMrrM1ComS

The viral clip of the feather star has been going around Twitter recently, and was retweeted by user ARTntings. And while the origin of the clip is unclear, there’s still plenty of great footage of feather stars out there. The Monterey Bay Aquarium Research Institute (MBARI) posted one particularly enlightening clip of the creatures (below). And there are, apparently, a ton of different species, all with their own unique aesthetics.

According to the MBARI video, crinoids populate areas from the Arctic to Baja, California, and dwell at around 33 feet below the ocean’s surface. In regards to feeding, the animals use their feathery arms to catch plankton passing by. Once they’ve caught the plankton, the stars then wiggle the food up to their mouths.

Incidentally, feather stars have cousin crinoids that are not able to swim through the water. These stationary crinoids are commonly referred to as sea lilies. And while not as mesmerizing without the movement, they are still stunning. 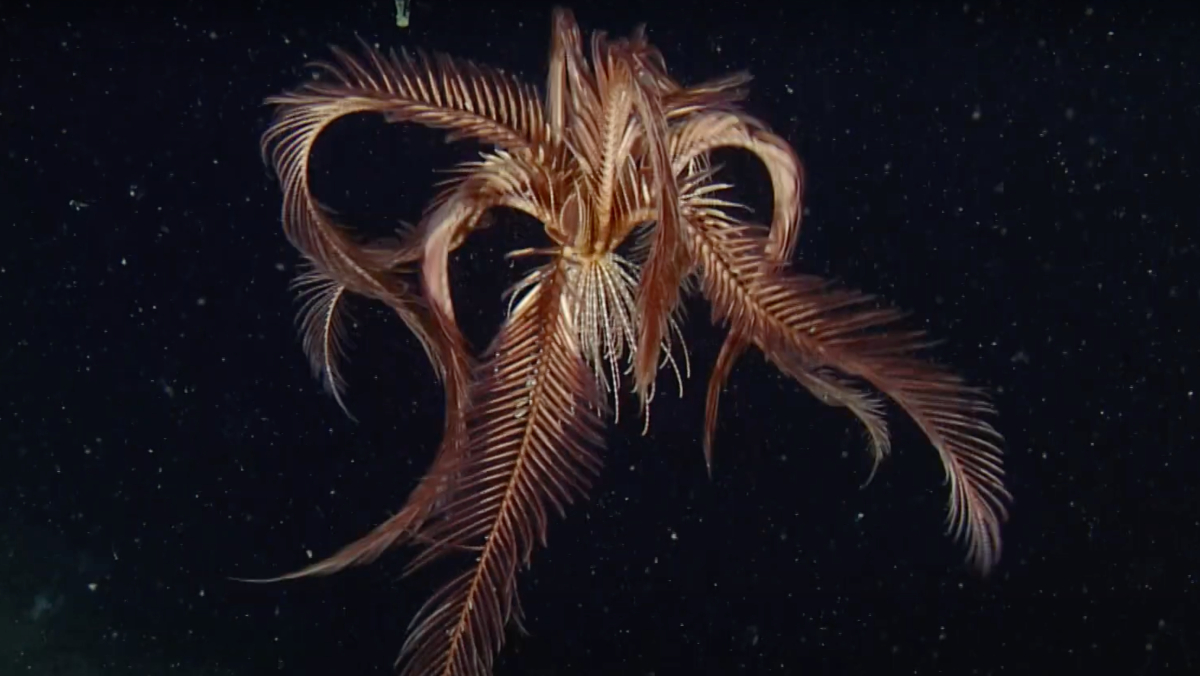 And, speaking of stunning deep-sea creatures, there have been a lot of them on display lately; including these cinnamon roll-like “Venus Girdles,” and these elegant sea angel slugs. MBARI scientists have even been kind enough to put out a top ten list of their favorite oceanic animals. And no, none of them dance as beautifully as the feather star does. Although some of them do light up with rainbows when they’re feasting.