A group of deep-sea biologists from the Monterey Bay Aquarium Research Institute (MBARI) has come out with a “Top 10” list of oceanic creatures. In the video below, the biologists describe the creatures, which, of course, all look like aliens. Although many of them are also breathtakingly beautiful.

MBARI, a nonprofit research institution that focuses on sea studies, recently posted the Top 10 video to its YouTube channel. The organization says it’s helping its partners at the Monterey Bay Aquarium prepare for its exhibit, Into the Deep: Exploring Our Undiscovered Ocean, and it seems like this little segment aims to whet people’s appetites.

The video features five of “MBARI’s finest deep-sea biologists,” including Shannon Johnson, Kakani Katija, George Matsumoto, Bruce Robison, and Susan von Thun. And while their commentary is fascinating, the creatures themselves are downright mesmerizing.

And the bloody-belly comb jelly can certainly help with that! Crimson robes laced with rainbow comb-rows of wonder, it’s solidly on the podium as our Number 3 #TopTenDeepSeaAnimals! MBARI’s @george_mage helped describe and name them! pic.twitter.com/yUAOTE9MYA

The creatures include different types of jellyfish, squid, and even worms, and each one of them is captivating in its own right. The Crossata jelly, for example, looks like a firework in the night sky. And the Strawberry squid, well, let’s just say fields of them forever would be worth a few Beatles songs.

Many of the creatures also have characteristics that are just as bizarre as their forms are beautiful. The “bloody-belly comb jelly,” for example, has evolved its crimson tinge in order to mask the glow of bioluminescent prey it eats. And the vampire squid “eats poop raining down from the surface” of the ocean. 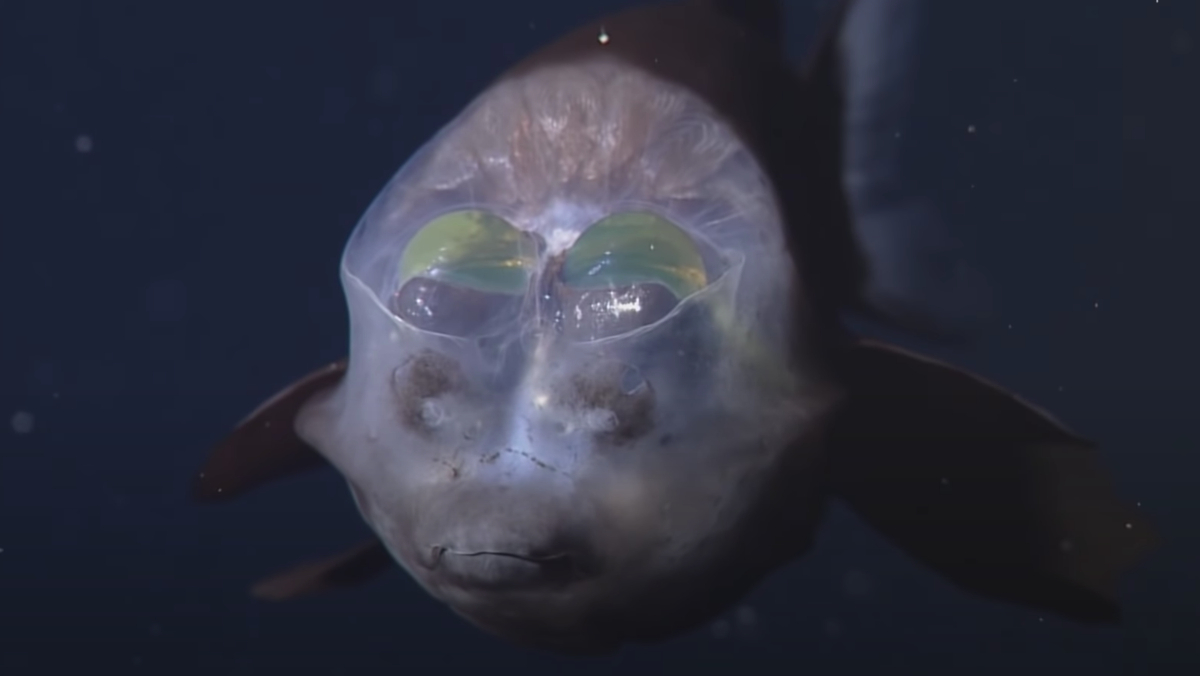 “Our ocean is vast and full of things yet unseen,” MBARI says in its video description. Indeed, even the things we have seen are still mysterious to us. So mysterious, in fact, that it’s almost as if peering into the deep sea is like peering into Earth’s subconscious. Or maybe we’re just thinking that ’cause you can kind of see the barreleye’s brains.