Marine biologist Alexander Semenov recently captured some (4K!) psychedelic footage of Cestum veneris, a.k.a. the Venus girdle. And while there have been plenty of sea creatures who’ve put on dazzling shows before, the girdle’s is still special. Because the jelly not only looks like a rainbow ribbon, but also hangs out in the shape of a cinnamon roll.

Semenov recently posted the above video of a Venus girdle to his YouTube channel, Aquatilis. Unfortunately, Semenov didn’t provide any context for where he captured the video. But the marine biologist and Head of the Divers’ team at Moscow State University was probably somewhere exotic.

In regards to the Venus girdle, it’s a comb jelly. Comb jellies—which are not jellyfish—comprise the phylum Ctenophora. Like other members of Ctenophora, the Venus girdle uses the wiggling of organelles, referred to as cilia, to swim. These cilia look like rows of comb teeth, hence the moniker comb jelly.

Luckily, while Semenov didn’t mention where exactly he recorded this Venus girdle, they are quite plentiful. The stunning creatures reside in oceans around the globe, and they often hang out close to the surface. There’s also no poison or other nefarious bodily functions prospective visitors would need to worry about. Although the jelly does have bioluminescent canals that activate when disturbed.

Anybody who’s seen the Venus girdle and is now hooked on comb jellies, let us recommend a viewing of this “Bloody Belly Comb Jelly.” Like the Venus girdle, it will make you believe in the existence of aliens. Although it won’t put you in the mood to go to Cinnabon after work. 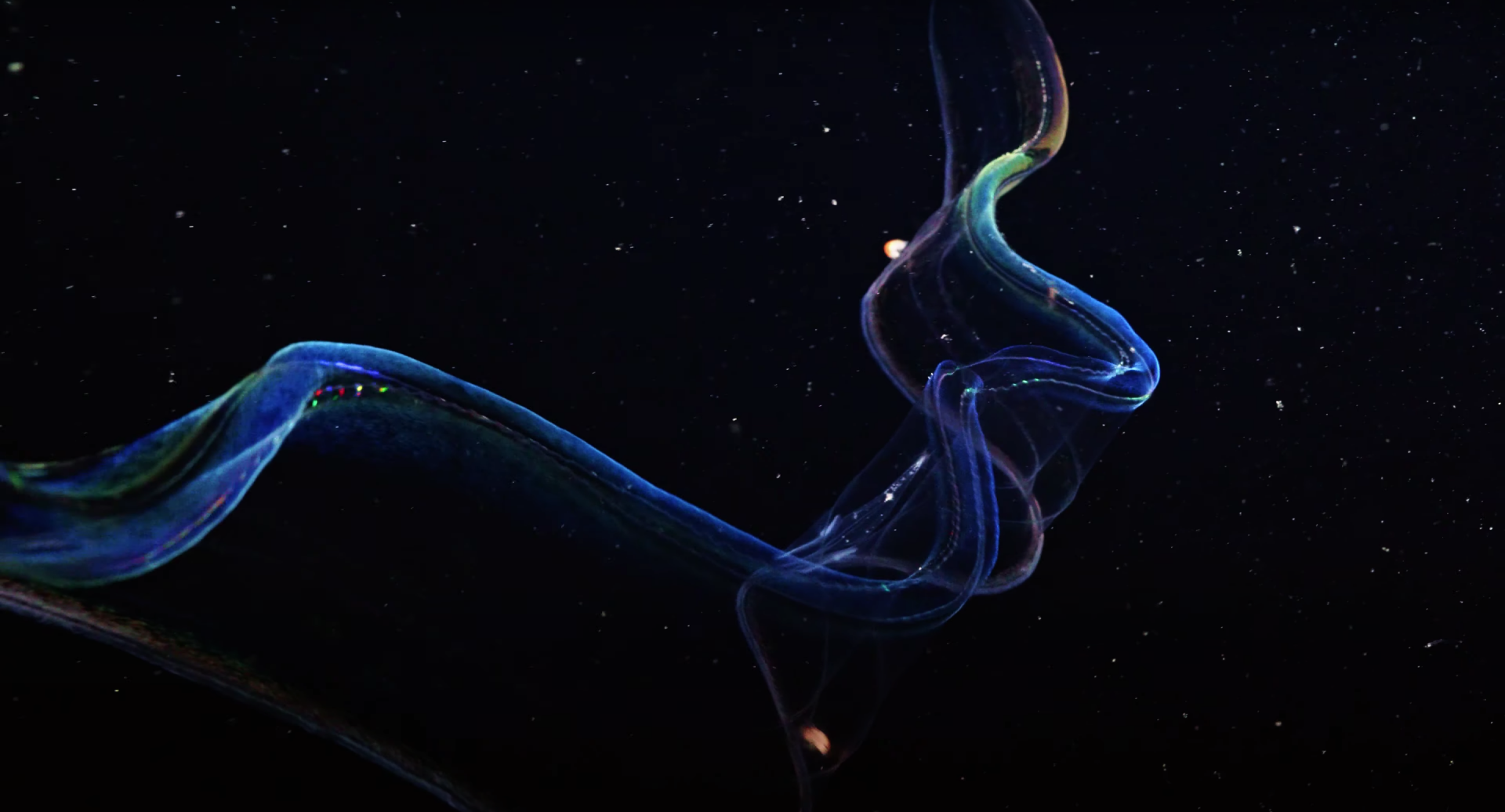 What do you think about this Venus girdle comb jelly? Would you swim with one of these if you could? And what do you think of Semenov’s epic, psychedelic editing job? Let us know your thoughts in the comments!