‘Bloody-Belly Comb Jelly’ Is a Macabre Blob of the Deep

Deep-ocean exploration vessels have turned up a lot of strange-looking jellies over the years, but the “bloody-belly comb jelly” has to take the cake. Not only does the macabre blob of the deep have a haunting name, but it also looks like an alien that would calmly enslave humanity. Watch as it undulates in the ocean in the video below—but only if you’re sure you won’t be hypnotized.

Laughing Squid picked up on the video of the blood-belly jelly, which was recently posted to YouTube by the Monterey Bay Research Aquarium Institute (MBARI). In the institute’s description of the blood-belly—a.k.a. Lampocteis cruentiventer—MBARI notes that it is a ctenophore. 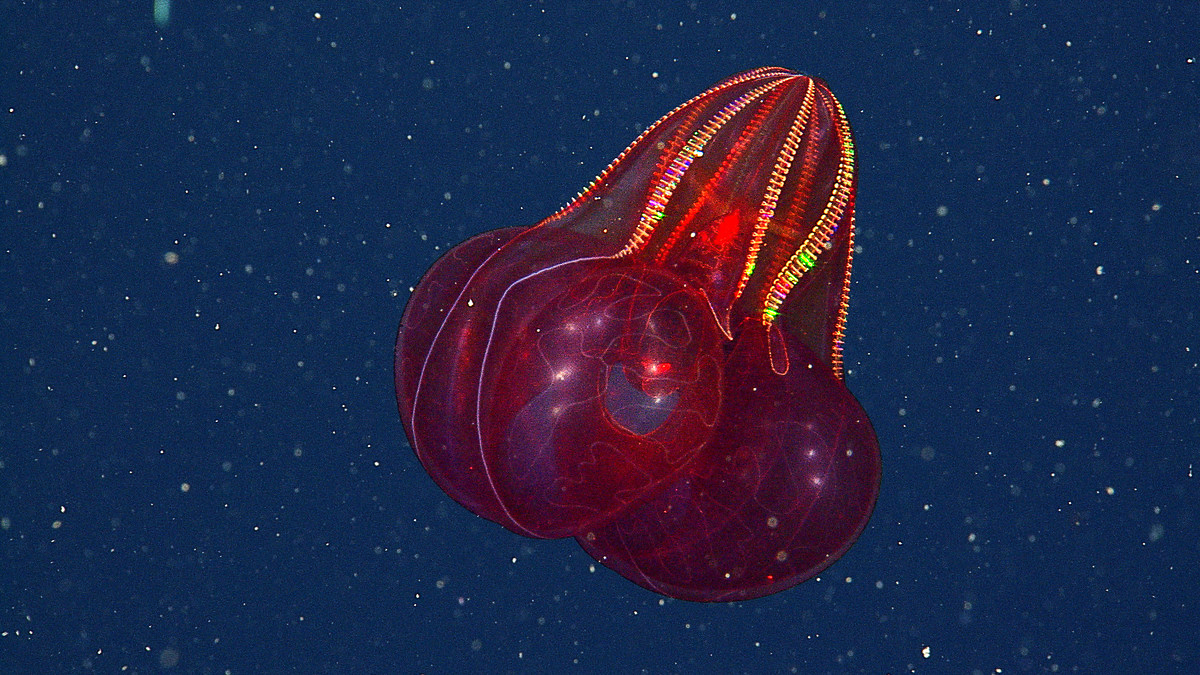 According to an unrelated post from UC Berkeley, ctenophores, which are also referred to as sea gooseberries, sea walnuts, comb jellies, or Venus’s girdles, are “voracious predators.” Indeed, MBARI notes that the blood-belly has evolved its belly’s crimson tinge in order to “mask the glow of any bioluminescent prey it eats.” And while it’s not clear if the blood-belly in this particular video does any actual eating, it’s still easy to imagine how (literally) dark it would be to become lunch for one of these jellies. 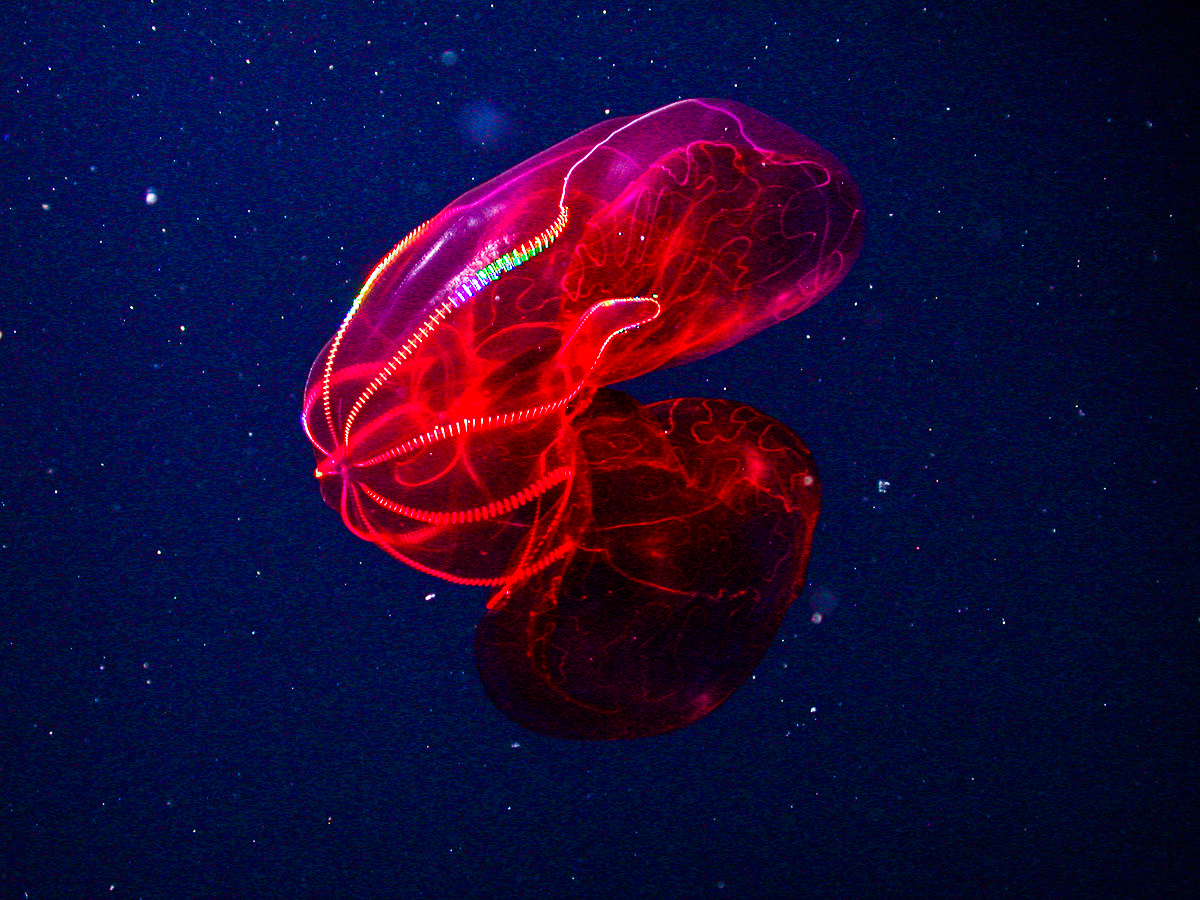 On top of its dastardly consumption methods, the blood-belly is notable for a few other physiological quirks. For example, it has eight rows of cilia used for locomotion just like other ctenophores. This feature is also what earned the creatures their name. The shimmering seen in the video is actually due to the cilia diffracting light as they move. And the blood-belly is capable of bioluminescence as well.

The final big characteristic of blood-belly jelly is its size. It is only six inches long, which is kind of relieving to hear after considering what kind of nightmares a creature like this could summon. For other tiny sea creatures, anyway. 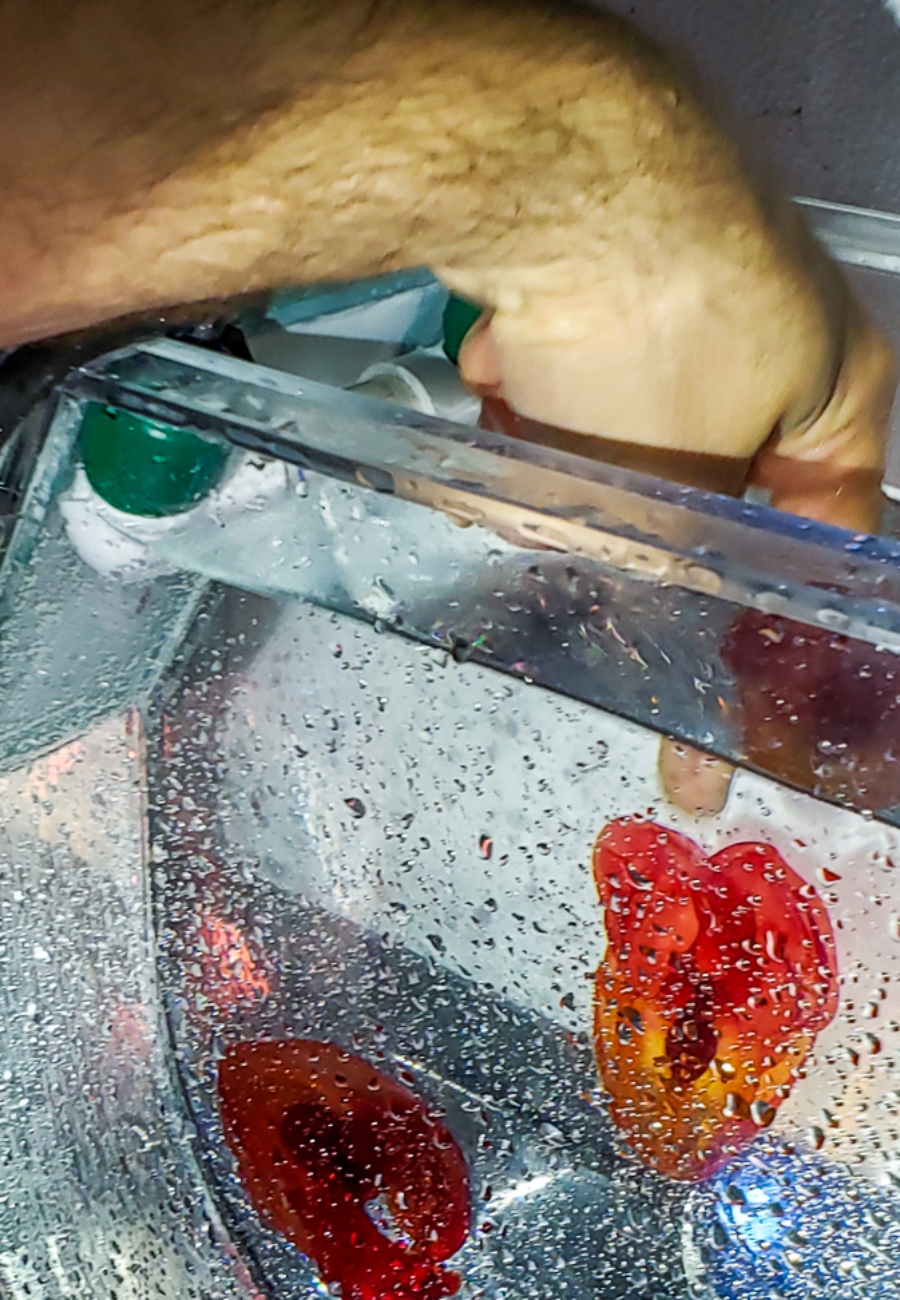 What do you think about this blood-belly comb jelly? Is this the most bizarre sea creature you’ve ever laid eyes on, or have you seen far more otherworldly blobs before? Let’s talk jellies in the comments!