Ethereal: adjective that describes something that is “extremely delicate and light in a way that seems too perfect for this world.” It’s a fun word to use, and from now on when people look it up in the dictionary, there should really be a picture of a sea angel. Just check out the video below of one of the stunning, translucent slugs—yes, it’s a slug—gently floating in emerald-colored ice water, and we think you’ll agree.

Video of the sea angel begins at the 14 second mark in the video.

For those mere mortals who’ve yet to behold one of these supremely delicate squishes of biological rainbow, the sea angel (or “clione”) is a sea-dwelling gastropod that’s had its “foot” turned into a pair of “wing-like flapping appendages” by good ol’ evolution. Sea angels, which are classified into six different families underneath the clade, or biological branch of life, Gymnosomata, are found in oceans across the world, although this particularly awe-inspiring example was spotted in the White Sea, off the northwest coast of Russia.

Assistant professor at the University of North Carolina Asheville, Rebecca R. Helm, posted the above clip to her Twitter account recently, although the video itself was shot by Alexander Semenov. Semenov, a marine biologist and Head of the Divers’ team at Moscow State University’s White Sea Biological Station, seems to be a mix between Aquaman and Bill Nye, as he and his team conduct underwater research in “unfavourable and often harsh conditions” in order to observe sea creatures that cannot be properly studied in captivity. 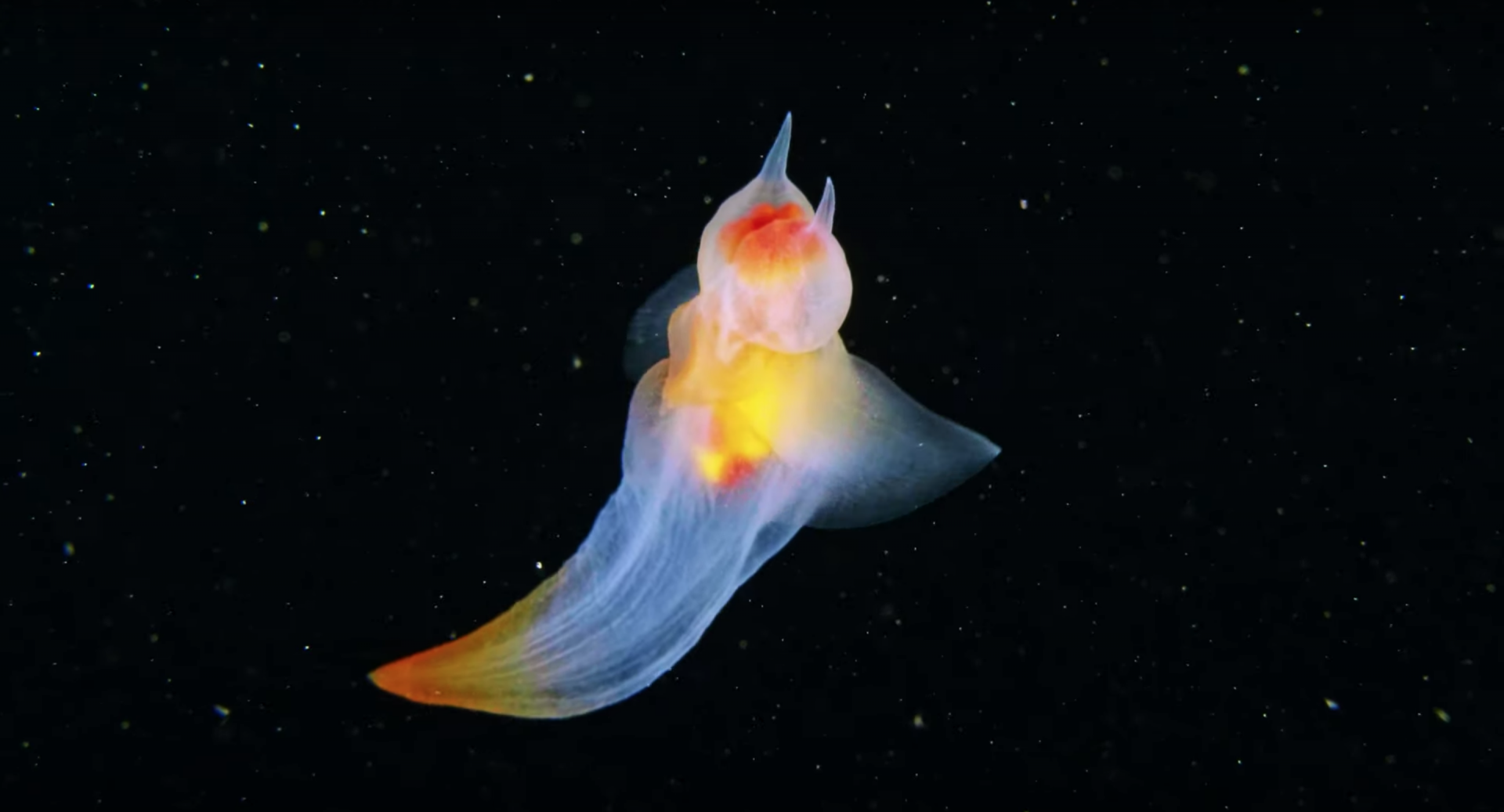 Unfortunately, Semenov didn’t provide much description for the sea angel underneath his video, so it’s hard to say what his expert take on this little angelic creature is. But what we did learn after some cursory sleuthing is that those bright orange-red blobs inside of the sea angel aren’t brains—or glowing treasures carried over from some kind of netherworld—but are, in fact, its gonads. (A picture of Sea angels should not appear next to the word “gonads” in the dictionary, by the way.)

As far as getting another hit of ethereal glory, there are more videos like this one on Semenov’s YouTube page, as well as pictures of other stunning sea creatures on Semenov’s website. His pictures are just as gorgeous, if not more so, than his videos, and are pretty much guaranteed to give you a look at a range of bizarre organisms in a whole new light. Because when Semenov says that he aims “to show [people] a world full of strange and wildly interesting things,” the veteran marine biologist does not mean that lightly.

What do you think about this ethereal sea angel? Is this modified, translucent slug indeed the most angelic sea creature you’ve ever seen, or are you pretty sure the EVNautilus has discovered organisms that are far more otherworldly? Let us know your thoughts in the comments!