Avengers Campus was set to open up last July at Disney California Adventure. Of course, the onset of the COVID-19 pandemic halted those plans. Among the rides announced for opening day was WEB Slingers: A Spider-Man Adventure. Imagineering designed a super cool, state-of-the-art Spidey animatronic just for this 3D ride. Not formally announced, however, was whether or not Tom Holland would reprise his role as Peter Parker a.k.a. Spidey for this attraction.

Rest easy, Holland Stans. Via the Disney Parks Blog, we now see that Holland will indeed be a part of WEB Slingers when it finally opens. In fact, he’s already filmed all of his green screen scenes. You can watch Tom Holland get into full Parker mode in the video below.

According to the official description, “In the WEB workshop, young engineers specialize in developing innovative technologies to equip and empower a new generation of heroes.” Peter Parker and the rest of the WEB Tech team will showcase their work, including adorable Spider-Bots. The arachnid robotic sidekicks are capable of building anything a superhero might need.

In the attraction’s story, Peter’s demonstration goes awry. With the Spider-Bots now stuck in a replication loop, they create even more Spider-Bots. One can assume that wacky, fun chaos ensues from there on out. 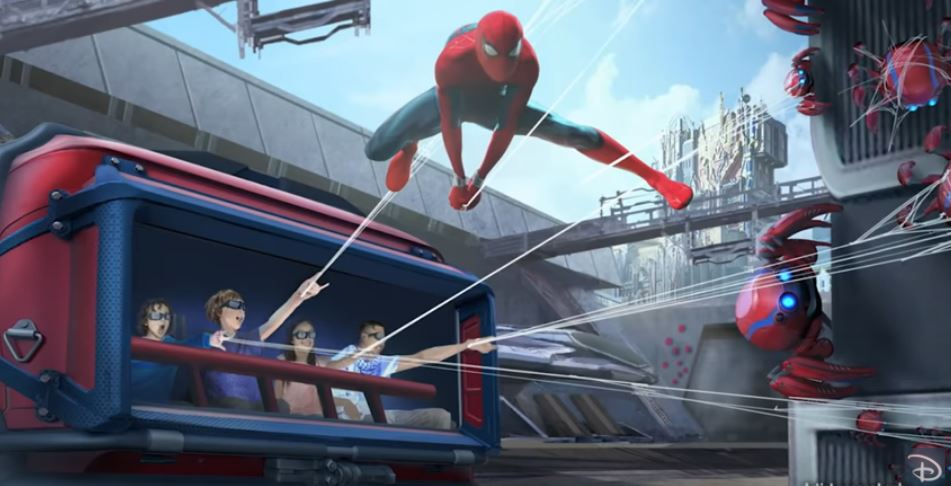 The inclusion of Holland means that you can expect the Sony/Marvel partnership to continue for some time. Disney isn’t likely to invest in getting Tom Holland to film scenes if the Spider-Man partnership was really for just one more solo movie. Perhaps this suggests that Peter will remain in the MCU for longer than we first expected.