THOR: LOVE AND THUNDER Will Feature The Guardians of the Galaxy - Nerdist

THOR: LOVE AND THUNDER Will Feature The Guardians of the Galaxy

Avengers: Infinity War and Avengers: Endgame were historical events. They united some of the biggest comic heroes of all time on the big screen for the first time ever. Bringing the characters together in unexpected ways was a brilliant touch, and resulted in some magical team-ups. We loved seeing Spider-man and Doctor Strange interact, and Captain America set foot in Wakanda. But one of the best ideas was sticking Thor in with the Guardians of the Galaxy. The cosmic heroes had a hilarious dynamic all together, and we could watch Thor and Star-Lord bicker all day.

Luckily, we’ll soon get a chance to see even more of those characters together. In an interview for his upcoming film Bloodshot, actor Vin Diesel–who voices the talking tree Groot in the Marvel Cinematic Universe–let it slip that some Guardians characters will appear in the upcoming Thor: Love and Thunder. “I am waiting and excited for my friend [writer/director] James Gunn to knock this next one out of the park,” said Diesel (via Comicbook.com), referring to the upcoming Guardians of the Galaxy Vol. 3. “He took The Suicide Squad so he’s about to embark on it. [He also] talked to me about how Thor will incorporate some of the Guardians of the Galaxy, which would be very interesting. Nobody knows, but maybe I shouldn’t have said anything.” 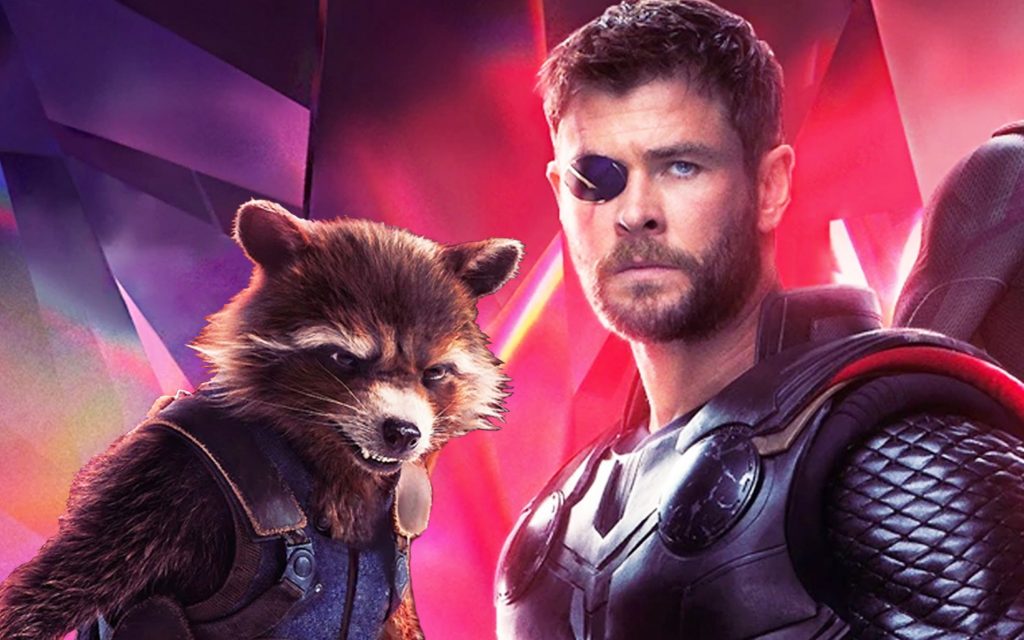 Maybe not Vin Diesel, but we sure are happy you did! This isn’t super surprising news; the final moments of Endgame saw Thor with the Guardians board their ship, Benatar. He was once again butting heads with Star-Lord over leadership, setting up a future of possibilities for these two cosmic bros.

Thor: Love and Thunder, the fourth Thor movie in the MCU, is set for a November 2021 release, and will bring back writer/director Taika Waititi, who also helmed Thor: Ragnarok. (Jennifer Kaytin Robinson will cowrite the script.) It’s unclear at this point what involvement James Gunn has with the production. However, Diesel cited him as his source of information about the crossover, so he must be somewhat involved. That sounds pretty great to us, since Waititi and Gunn have similar sensibilities. A co-collaboration between those two is as exciting as an Avengers team up.

It’s too early to know which Guardians will turn up in Thor: Love and Thunder and for how long. It could be a few fun cameos just for kicks. Or we could see team members fully involved in the plot. They’ll join an already awesome cast, with Chris Hemsworth returning as Thor, Tessa Thompson as Valkyrie, Natalie Portman–who was wooed back to the role of Jane Foster, who transforms into Female Thor in the film–and the recently announced Christian Bale, who will play an undisclosed villain.

Everything else about Thor: Love and Thunder, including any Guardian involvement, is pure speculation at this point. All we know for sure is that we couldn’t be more hyped to see more of these characters. And, to see how they fit into the future of the MCU.