The Stay Puft Marshmallow Man from the original Ghostbusters is one of the most iconic monsters in all of cinema. And make no mistake, that thing stepped on New York City delis and bakeries. It’s a monster all right! And yet it’s also kind of adorable at the same time? So is this latest rubber duckie from the Tubbz company based on old Mr. Stay Puft. It’s so cute you’ll forget it’s one of the final forms of the Apocalyptic god Gozer. 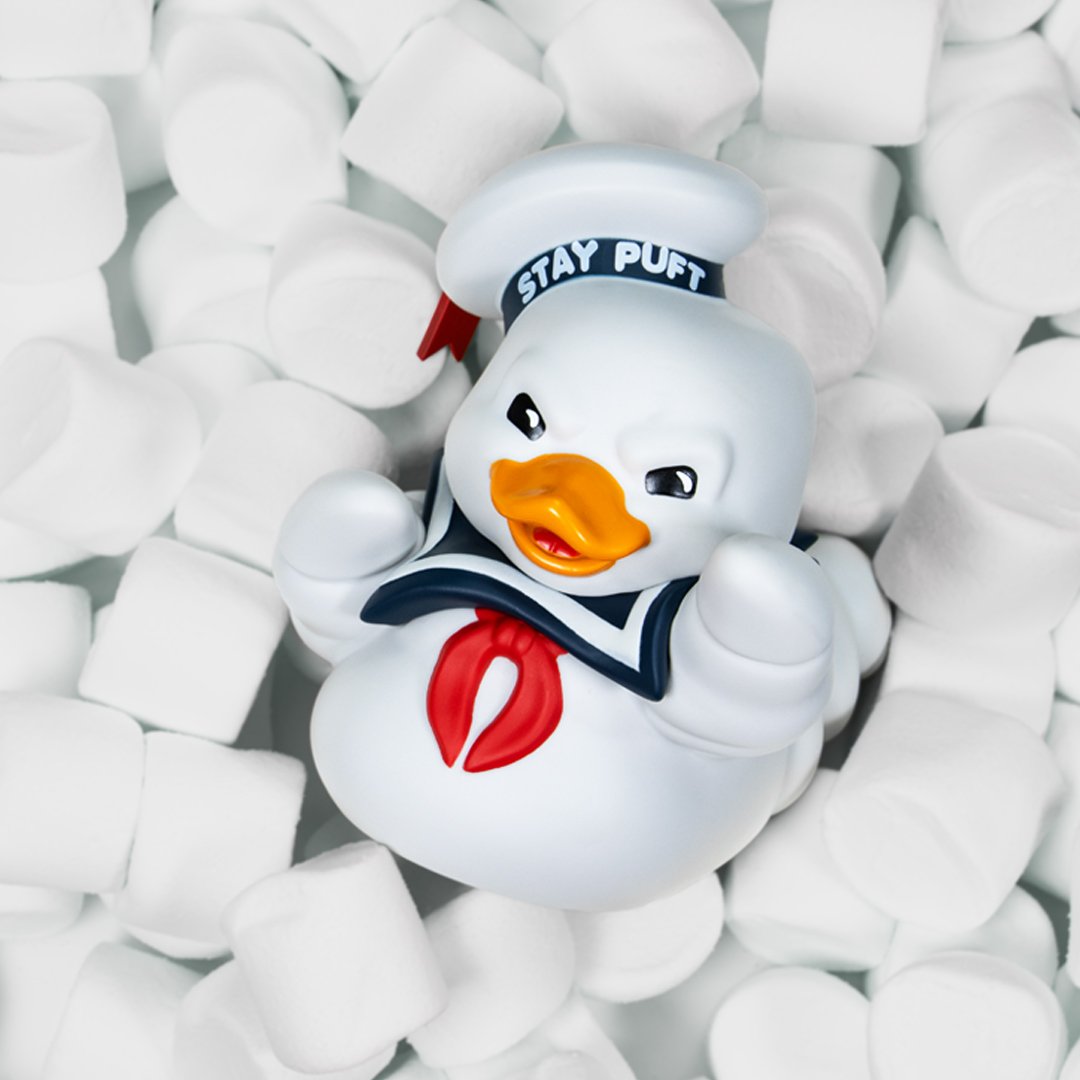 We first spotted this little guy on Geeks are Sexy. Coolest part about the “cosplaying duckie?” It actually comes marshmallow scented. We think Gozer itself would be proud of this little detail. The Mr. Stay Puft cosplaying duckie was dreamt up by the folks at Numskull Designs, the same company that designed the screen-accurate Ghostbusters ghost-trap incense burner. 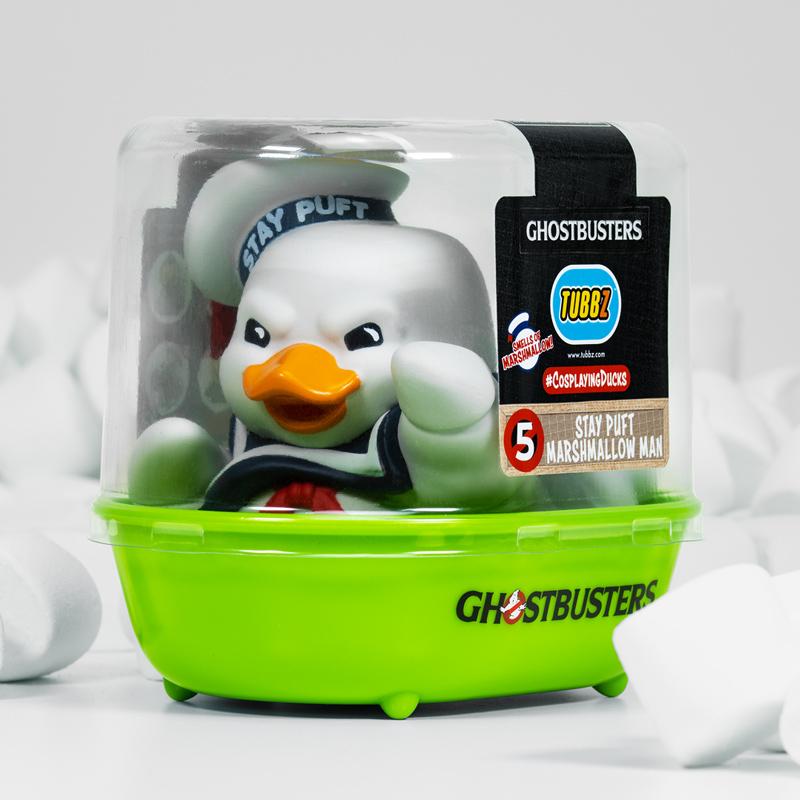 Stay Puft can float in your tub right next to the other duckies in Tubbz’ original Ghostbusters line, which includes all four members of the team. You can now purchase rubber duckie versions of Ray Stantz, Ego Spengler, Peter Venkman, and Winston Zedemore. Venkman even come in a “slimed” variant. Hopefully, we get a Slimer rubber duckie next. And hey, why not Zuul too? We could even have a Dana variant and a Hell Hound variant. 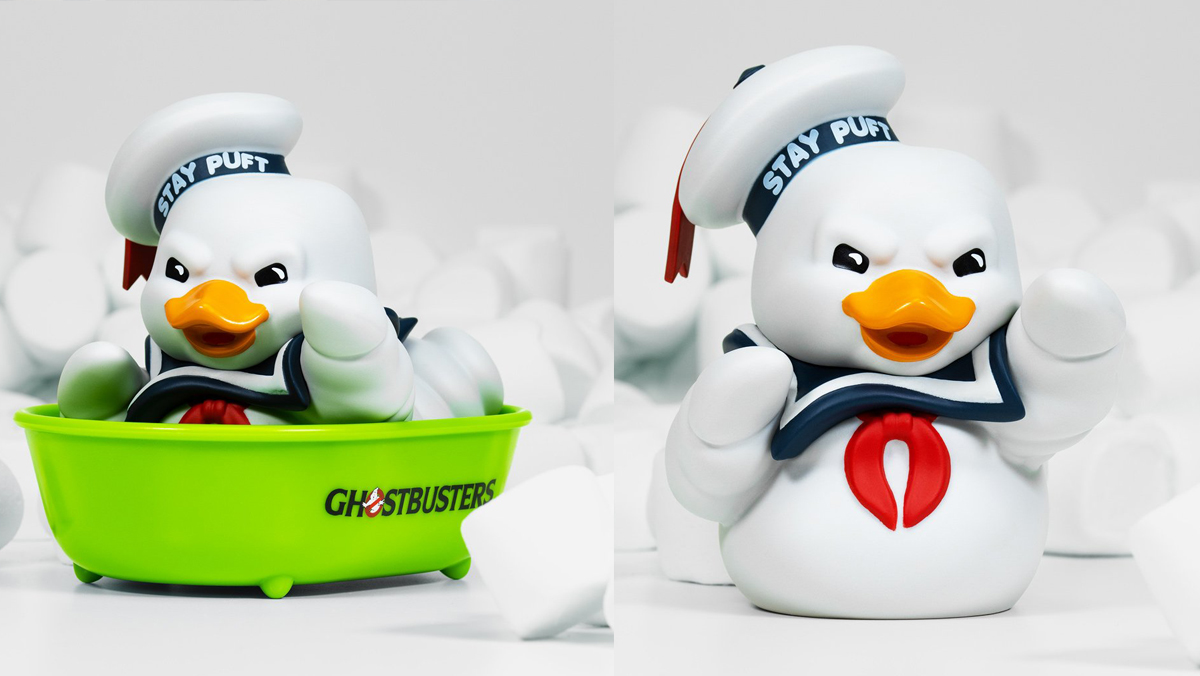 Ghostbusters is just the latest beloved nerd property getting the rubber duckie treatment thanks to Tubbz. The company recently put out a series of Lord of the Rings rubber duckies featuring several members of the Fellowship of the Ring. Gollum’s cosplaying duckie became an addition to the line not long after. As we all know, wherever Frodo goes, Smeagol follows. We’d like to think all of this rubber duckie resurgence is making Sesame Street’s Ernie very happy indeed.

You can pre-order your own Stay Puft Marshmallow Man rubber duckie.