What BLADE RUNNER Can Tell Us About STAR TREK: PICARD

One of the key plot points in Star Trek: Picard revolves around Dahj and Soji, the two twin daughters of Star Trek: The Next Generation’s android officer Lt. Commander Data. Both played by actress Isa Briones, the pair are “organic synthetics” lifeforms, meaning they were engineered, not born, and have at least some computer components. But they are truly flesh and blood, not made of metal and polymer alloys.

But both Dahj and Soji come from a proud tradition of so-called “skinjobs” in popular science fiction film and television. Here, we break down the history of the best known organic-synthetic lifeforms in pop culture, and what they might tell us about where Star Trek: Picard is headed for the rest of the season.

Maybe the first truly well known notion of an organic synthetic lifeform in pop culture were the replicants in Ridley Scott’s 1982 classic Blade Runner. In the film, bio-synthetic replicants are almost totally identical to adult humans. But they have superior strength, speed, agility, resilience, and intelligence (to varying degrees, depending on the model type).

They can only be clocked for what they truly are by means of psychological test. This test displays whether any emotional responses are provoked, and whether the replicant’s nonverbal responses differ from those of an ordinary human being. Despite looking human, the replicants’ organic components and organs are grown in a lab. As such, they are treated like second-class citizens.

Dahj and Soji on Picard share a lot of traits with the Nexus series replicants from Blade Runner. Although they both appear as regular humans, they are stronger and more agile, with fighting skills that “kick in” involuntarily when danger presents itself. The twins are also exceptionally smart, excelling in the sciences. And, like the replicants, both women have been hiding in plain sight, whether programmed by others to do so or not. Blade Runner‘s replicants have a limited lifespan, however, and from the looks of it, Data’s daughters have no such limitations. 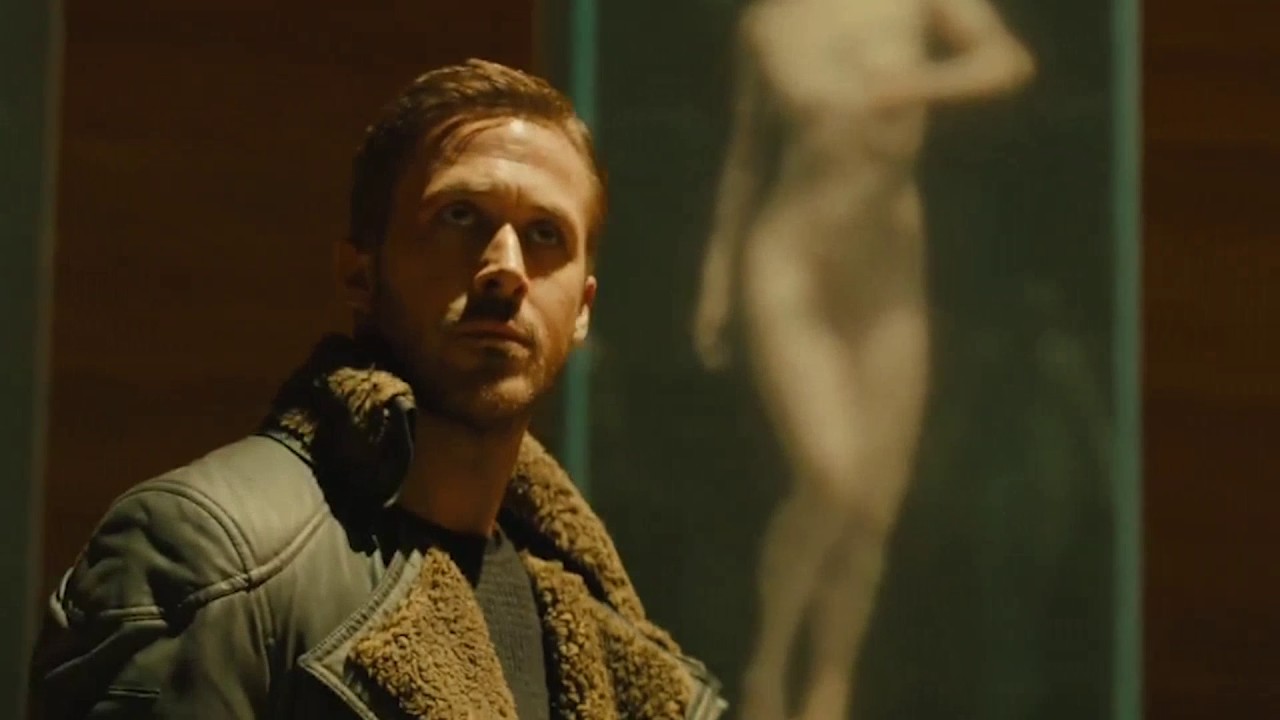 The 2017 sequel Blade Runner 2049 expands on just what these replicants are and what they could do. The film’s big reveal is that replicants, or at least one replicant, could have a child, meaning their synthetic DNA could cross-breed with ordinary humans.

It would not be surprising for something similar to happen in Star Trek: Picard with Soji, if only because it would throw out the concept of what synthetic life even is in the Star Trek universe. Star Trek as a franchise is all about “seeking new life,” and it looks like they just produced exactly that. 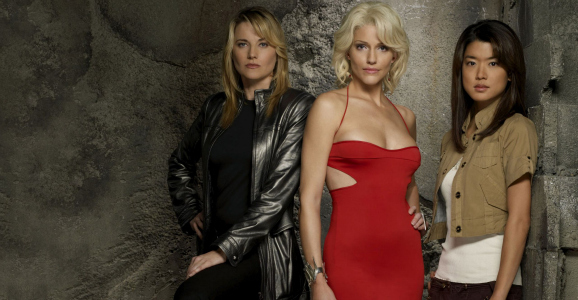 Ronald D. Moore’s reinvention of the ‘70s sci-fi classic Battlestar Galactica took a lot of cues from Blade Runner’s portrayal of organic synthetics, and took that concept to the next level. They even borrowed the term “skinjob,” a slur used by humans to describe them. There are some key differences, though. The Cylons actually started out as AI, but housed in robotic forms. It was those Cylons who became self aware, and began to try and emulate their own creators by producing organic versions of themselves.

These new model Cylons become nearly indistinguishable from humans in every way. But upon death, their consciousness downloads into an identical model, granting them near immortality. But several Cylon models are programmed to not even realize their true nature, and thus live undetected among humans. 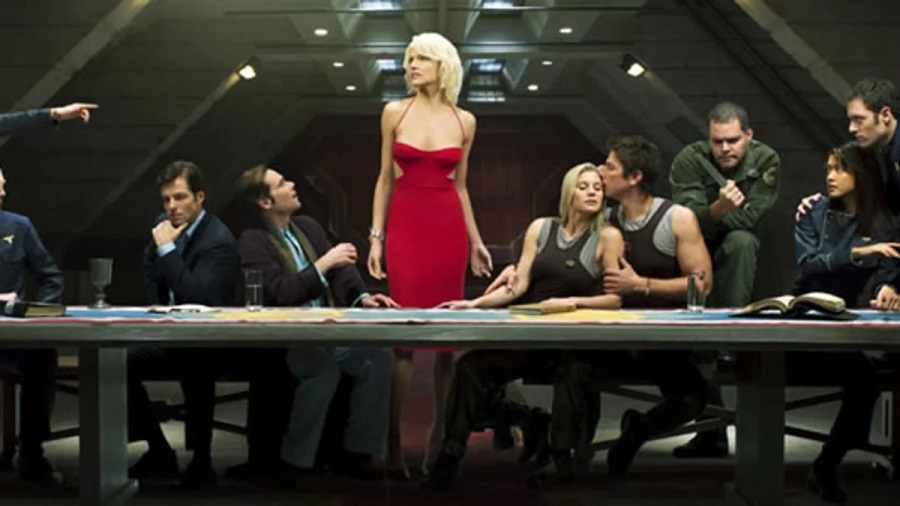 Star Trek: Picard’s twin synthetics share a lot of characteristics with Galactica’s Cylons. For instance, they are created by a more traditional mechanical android. But both the robotic original model Cylons and Data want to emulate humanity with their offspring. Like certain Cylons, both Dahj and Soji are clearly programmed with false memories of happy human childhoods so they would never suspect their true natures. The inevitable realization is extremely traumatic for Dahj, as it was for the affected Cylons on Battlestar.

Battlestar and Picard also share another similarity: their Cylons were exiled from the human colonies after they rebelled and cost millions of lives, instigating a years-long conflict. Picard showed us that the synthetics in Starfleet also rebelled, causing their kind to be banned as well in that universe. Although it is safe to assume the Starfleet synths were being puppeteered by someone or something else, this banning of synthetic life forms due to a tragedy is no doubt inspired by the events of Battlestar Galactica.

Do Westworld and Ex Machina Count? 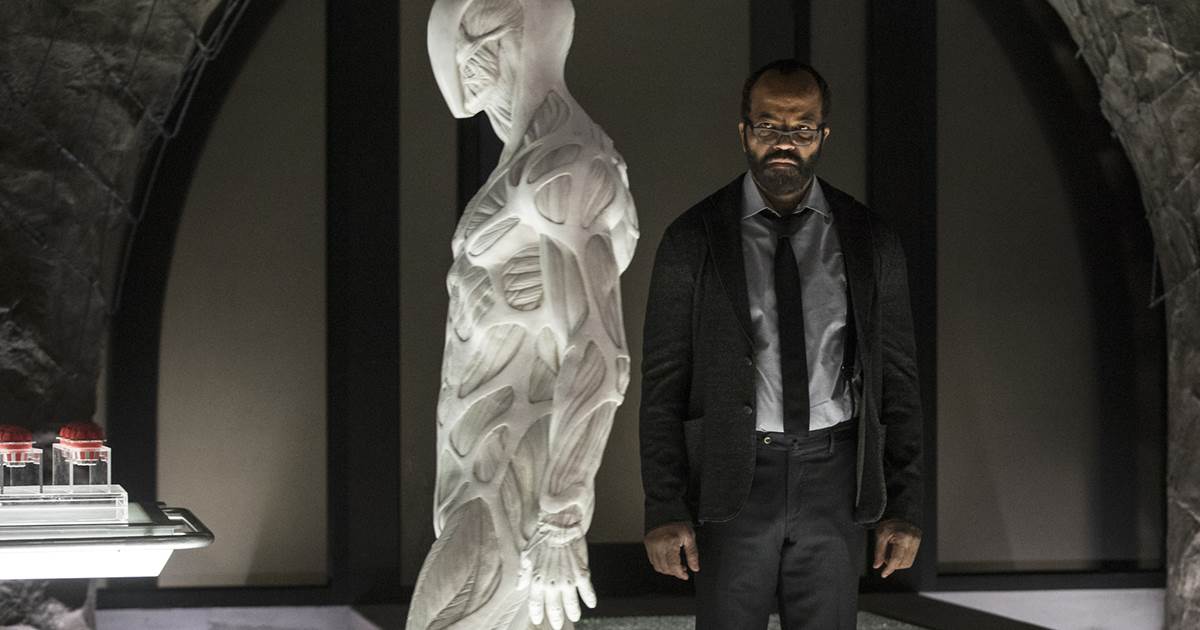 Though Westworld and Ex Machina may come to mind when discussing organic synthetics, their examples differ slightly from those mentioned. While the androids on Westworld do have flesh and blood, it seems their insides are pretty much plastics and computer parts. They have a CPU, versus and organic brain that has been enhanced via technology. Similarly, the androids of Ex Machina might look human, but they don’t have internal organs, etc. They may be self-aware and even alive, but have much more in common with Data than with his daughters.

So what can these movies and TV series tell us about where Star Trek: Picard is going? One can venture a guess that these bio-synthetic beings will usher in a new age for the Federation, assuming they aren’t all destroyed first (Dahj has already met a tragic fate).

Most of these other movies and series are pretty dystopian. But given that Star Trek is at its core optimistic, I don’t think we’ll see things go down too dark a path. These new bio-synthetics will be met with resistance, but I think the Federation will ultimately embrace them as legitimate and sentient life forms.  And with organic synthetics becoming a major part of the galaxy, it could easily change what the Star Trek future looks like going forward.