Is STAR TREK: PICARD Hinting at a Deeper Romulan/Borg Connection?

With the second episode of Star Trek: Picard, more has been revealed about the state of the galaxy at the end of the 24th Century. We learn some never before revealed details about Romulan beliefs, and we discover just what the Romulans are doing with that giant Borg cube glimpsed at the end of episode one. But what does it all mean? We’ve got some theories. And if they are right, they might change everything we know about two of Trek’s most famous alien enemies, the Romulans and the Borg. 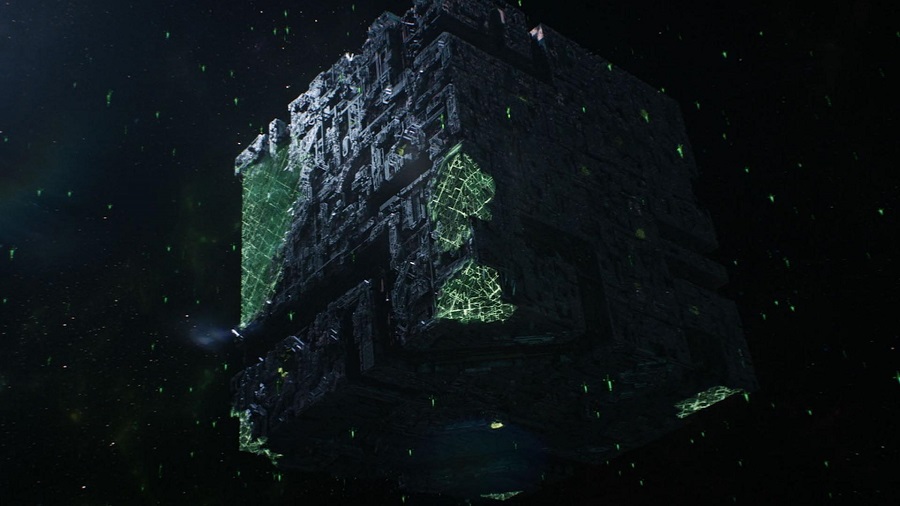 Picard’s first episode closes with the revelation that Dhaj’s twin sister Soji, also a flesh and blood artificial life form created from the late Commander Data’s neurons, is a scientists serving on a “Romulan Reclamation Site.” Which we learn is in fact a Borg cube. Episode two, “Maps and Legends” goes into greater detail about just what this all is. The Romulans have set up shop in the derelict Borg vessel, and are strip mining it for scientific knowledge. They are also freeing many Borg drones in the process. Although the Romulans might be in charge of this Borg cube, this is seemingly a joint effort between several well known Star Trek species. We see Andorians, humans and other races on board, all dissecting every part of this ship and attempting to learn from it. 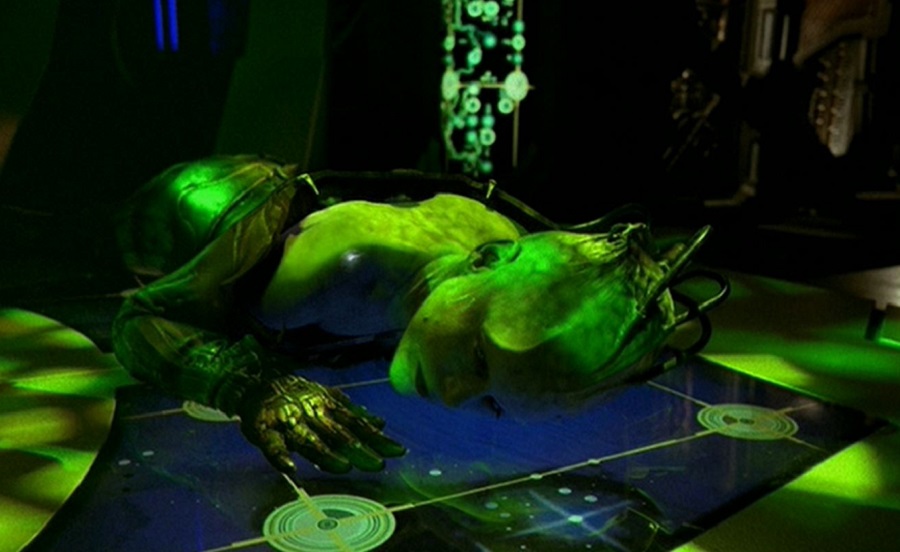 But where did this derelict Borg cube come from? The best guess is it came to the Alpha Quadrant after the end of Star Trek: Voyager. That series ended with Captain Janeway introducing a debilitating virus into the collective, one which effectively shut down the Borg as we knew them. It didn’t outright destroy them, but it caused a disruption between individual drones and the Borg hive mind. It is very likely that this derelict Borg cube is one that was recovered thanks to the crew of Voyager’s heroic actions. Somehow, this Borg cube then wound up in the hands of the Romulan Empire. In previous Treks, there wasn’t much of a connection between the Borg and the Romulans. But what if Picard is trying to show us there is a much bigger one than we ever knew? 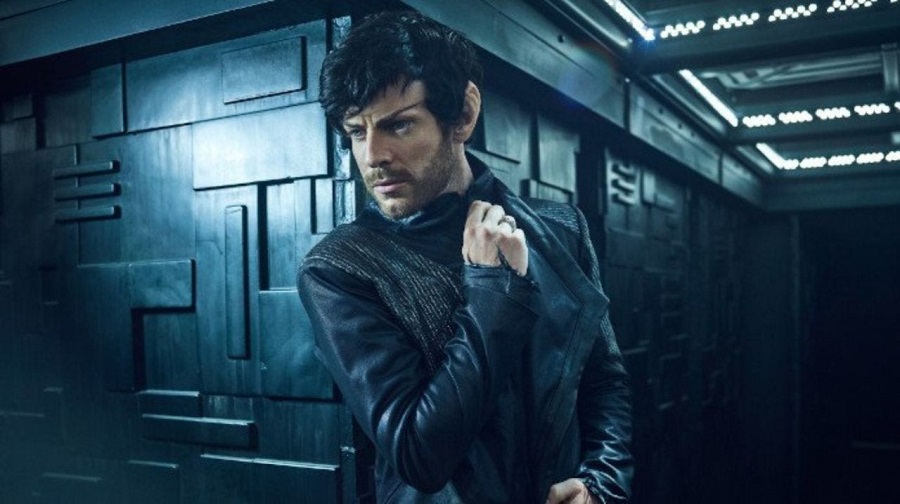 It’s possible that the big secret of Star Trek: Picard is that the Romulans are actually responsible for the creation of the Borg Collective. We learn in “Maps and Legends”  about the Zhat Vash, a secret cabal within the already super secretive Romulan Tal Shiar. The Tal Shiar are Romulan Intelligence, and are so severe that even the Romulan’s own military hates them. The Zhat Vash are the boogeymen that even they fear. And they apparently totally oppose any form of synthetic life. It’s why they are obsessed with the capture of Data’s daughters, Dahj and Sohji. But until now, we’ve never heard of any kind of Romulan hatred of synths. If anything, the Romulans are similar to their Vulcan cousins in their appreciation of science. So why hate on living androids so hard? 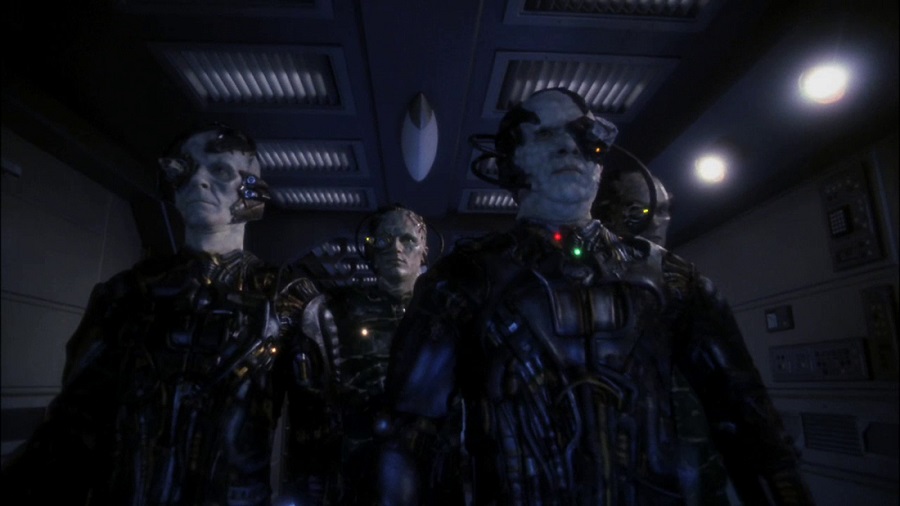 This intense loathing makes sense though, if in fact the Romulans actually are the ones who created the Borg. This is a theory proposed by Star Trek super fan CodySDax. The timeline for this theory being true actually does add up. According to official Star Trek canon, the race that became the Romulans left Vulcan around the time of Earth’s 4th Century. This was when a group of Vulcans rejected the culture’s embrace of logic over emotion, and departed the planet to form their own culture.

Meanwhile, the earliest known history of the Borg comes from 1484 AD, where they only held a few systems in the Delta Quadrant. Meaning they first appeared around the same time as the Romulans did, roughly. Could experiments dealing in artificial intelligence by Romulans have created the galaxy’s most dangerous race? It is quite possible that the Zhat Vash’s hatred for synthetics is due to their research into synthetic/organic life leading to the creation of the galaxy’s most dangerous species. And if you created the Borg, it’s also not something you might want to be public knowledge. Not even from your own race. 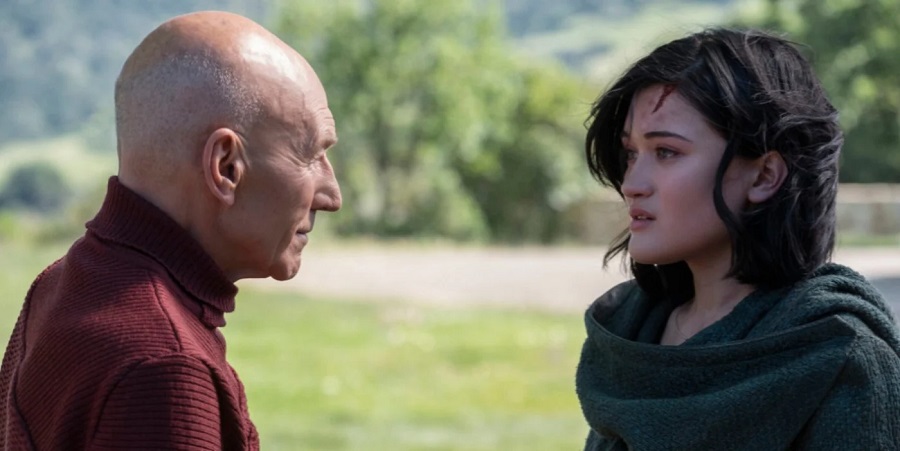 Data’s daughters Dahj and Soji are essentially a perfect blend of the synthetic and the biological. In a sense, they are what the Borg strive to be. If the Romulans once attempted to create biological androids like them, it could have led to the creation of an entirely new race. One which grew more dangerous as time went on, and assimilated thousands of species once departing Romulan space. It would be fascinating, as Spock would say,  if indeed the Romulans might be after Data’s daughters for actually altruistic reasons. But given that they are Romulans, brutal and decisive methods are their way, and that appears to not have changed. One thing’s for sure—if this theory turns out to be correct, it changes the dynamic of the entire Star Trek universe.