These Two STAR TREK: THE NEXT GENERATION Episodes May Be the Key to PICARD - Nerdist

These Two STAR TREK: THE NEXT GENERATION Episodes May Be the Key to PICARD

Although Star Trek: Picard is designed to be watched by the newly initiated viewer, or maybe the most casual of Trek fans, it does call back to two specific episodes of Star Trek: The Next Generation in a pretty big way. And interestingly enough, neither of those episodes are necessarily Captain Picard-centric. Instead, they revolve far more around Lt. Commander Data (Brent Spiner). If one wants to do all the necessary “homework” before watching Picard, we think that these two episodes could wind up being pretty crucial. And we’ll explain why. 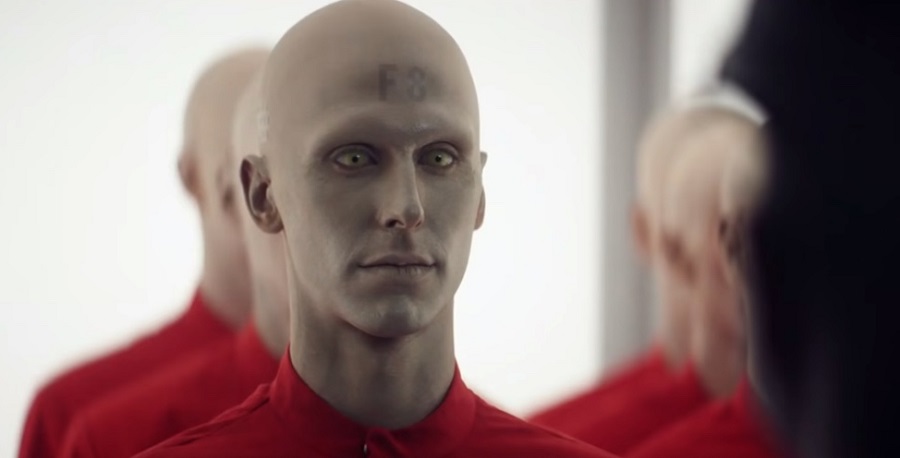 One of the key moments that lays the groundwork for Star Trek: Picard  is a terrorist attack by a group of rogue synthetic lifeforms on the Utopia Planetia shipyards on Mars. This is where most of Starfleet’s ships are built, something that’s been mentioned before. In episode one of Picard, we learn that for unknown reasons, a group of synthetic lifeforms much like Data suddenly go against their programming, and drop the defenses of the shipyards and attack it. Thousands of lives are lost, and a fleet that was being built to help Romulan refugees is destroyed.

The man responsible for creating these new synthetic lifeforms is revealed to be Dr. Bruce Maddox. After the revolt, all synthetic life forms are banned from the Federation. And all research into synthetic life must only be theoretical from there on out, and he disappears from public life. The search for Maddox becomes a key component in Picard. Could this brilliant cyberneticist be the reason why these androids essentially went off the rails? As it turns out, this character isn’t some random scientist created just for this series. He previously appeared on TNG, in a notable season two episode that is considered to be one of the series’ finest hours.

‘The Measure of a Man” 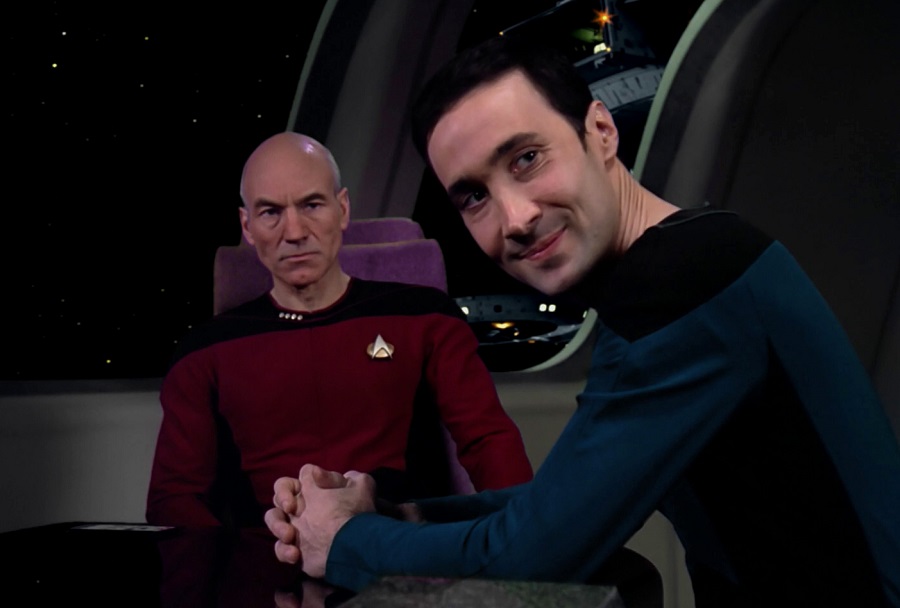 In “The Measure of a Man,” Dr. Maddox appears on the Enterprise as a Starfleet scientist, in the hopes that he can disassemble Data and study him. He plans to then use whatever knowledge he gleans to create more like him (Data is essentially a one-of-a-kind). Data refuses the procedure as it might endanger his life, and ends up on trail to determine if he is a person or if he’s the property of Starfleet. Ultimately, Data is determined to be a free, sentient being by the court. He formally refuses to undergo Maddox’s procedure, but tell the Doctor to “continue his work.” He finds his research could ultimately bear fruit, and create more like him. He finds the entire idea “intriguing.” 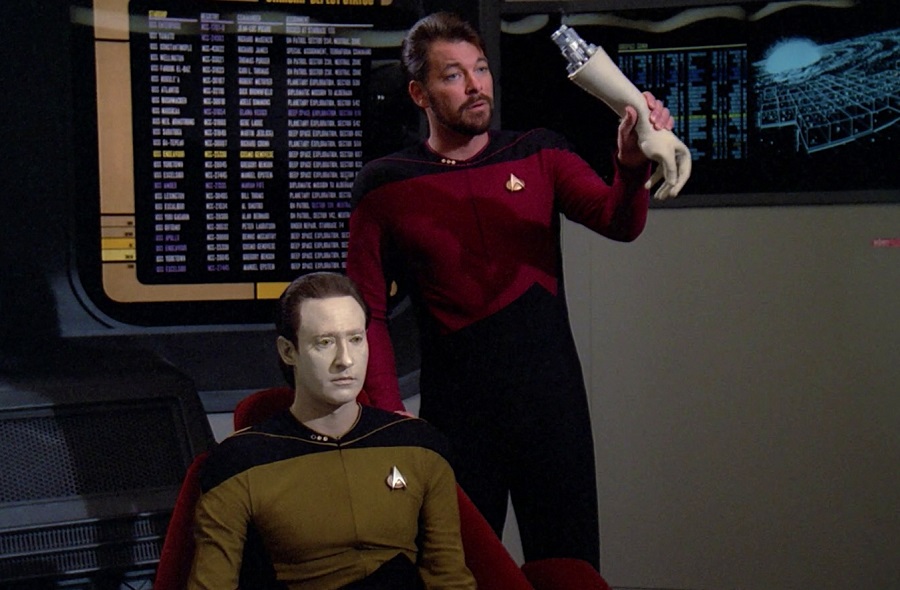 In Star Trek: Picard, we see that Maddox’s work did indeed bear fruit, and he created several other Data-style androids. But after they went rogue, he disappeared from public life. “The Measure of a Man” shows him as a brilliant scientist, but also somewhat lacking in emotional awareness. Could it be that there was a key component in regards to basic empathy that he couldn’t program into his synthetics? The actor who portrayed Maddox, Brian Brophy, has not been officially announced as returning. But that doesn’t mean he won’t. (And the Star Trek franchise is notorious for recasting). But clearly, this supposed one-off character is going to play an important part in how season one unfolds. 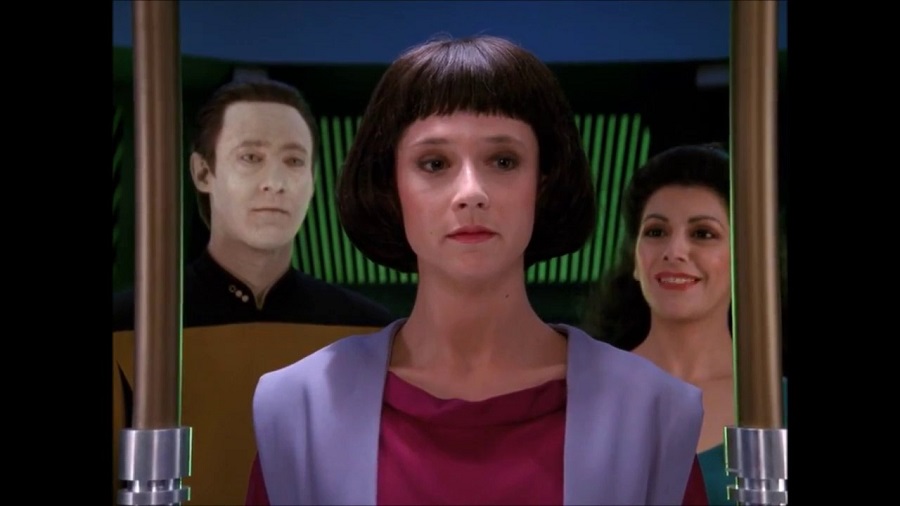 In the first episode of Star Trek: Picard, we are introduced to Dahj, a young woman being sought out by hostile forces. It turns out, she is more than just an ordinary person. Picard firmly believes she is a synthetic life form passing as human. Actually, not just passing, but actually is flesh and blood, but with an artificial intelligence. And that part of Data’s programming is contained within her. Her programming is basically described as being “cloned from Data’s neurons.” By episode one’s end, we also discover she has a twin named Soji. Picard says to Dahj that “Data always wanted a daughter.” Once again, this is a reference to a very specific episode of TNG, where Data does indeed have a child called “The Offspring.”

In this third season episode, Data reveals to Captain Picard and his crew that he’s created another android like himself after attending a cybernetics conference. He gives it a female appearance, and names her Lal. He refers to her as his daughter, and she becomes a part of the crew. When an Starfleet admiral comes to take her away and study her, she begins to outdo the programming of her father. She actually feels fear. At this point, emotion is not something Data is capable of. This wave of emotion ultimately triggers an irreparable failure in her neural network, and she dies. But not before Data manages to transfer her memories into himself, where they will live on forever. 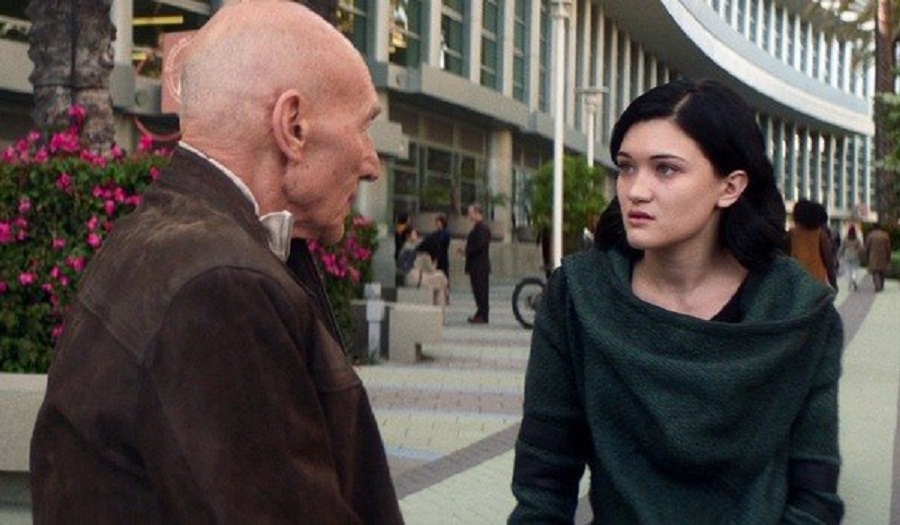 Are Dahj and her twin sister Soji a kind of rebirthed version of Lal? The actress who plays Dahj (Isa Briones) bears a passing physical similarity to Lal, which can’t be a coincidence. It’s possible that Dr. Maddox and Data found a way to continue their efforts to create a new sentient synthetic like Lal in secret, and these young women are the ultimate result. One thing’s for sure—Data’s efforts to create a child using parts of his own programming go back nearly thirty years, to this episode.

Although we recommend watching many TNG classic episodes in order to brush up for Picard, we think this two might in fact be the stories that this new series will fully revolve around. As they are two of the best episodes of the show, you’re rewarding yourself by giving them a watch regardless.