by Eric Diaz
Spider-Man had a pivotal year in 2018. Miles Morales had his big screen debut as the  wallcrawler in Spider-Man: Into the Spider-Verse, which took home the Oscar for best animated feature. Though focused on Miles, the movie was also a tribute and heartfelt love letter to Peter Parker, the original Spider-Man. Of course, this fact is bittersweet because 2018 saw the passing of both of Spider-Man’s creators, Stan Lee and artist Steve Ditko, neither of whom got to see this animated masterpiece up on the big screen.

In the below exclusive clip from the special features for the upcoming home release of Into the Spider-Verse called “New Generation,” you can see some of the folks behind the film talk about the importance that both men’s ultimate creation, the Amazing Spider-Man, had on them, the creation of Miles Morales, and the final film itself.

Of the creators featured in the clip, Brian Michael Bendis is maybe the most prolific writer attached to Spider-Man. He began writing Peter Parker’s adventures in 2000’s Ultimate Spider-Man comic, a series he wrote for nine years, and then he co-created and wrote Miles Morales, the second Spider-Man, for another eight years. In short, he knows a thing or two about both characters. So when Bendis talks about the profound influence Lee and Ditko’s original work had on his writing, you can see the direct line from high school student Peter Parker in 1962 to awkward fifteen-year-old Miles Morales in the modern day. 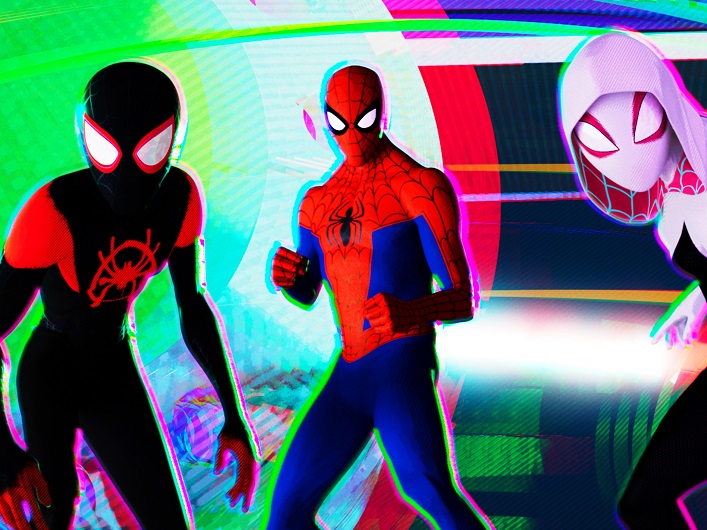 The new home video release of Spider-Man: Into the Spider-Verse, out on March 19 (though it’s available digitally now), comes with this and other special features. This animated film has quickly become a modern classic. We think it’s safe to say both Stan and Steve would have been thrilled that Spidey took home the gold on Oscar night.