Just two days after completing its triumphant awards-season run with a Best Animated Feature win at the 91st Academy Awards, Spider-Man: Into the Spider-Verse arrived on digital platforms with a couple of universes’ worth of bonus materials showcasing its many technical and artistic achievements.

But those who simply cannot get enough of its web-headed heroes have a brand new short film to look forward to: “Spider-Ham: Caught In A Ham,” which details the events leading up to Peter Porker’s involvement in Miles Morales’ superhero origin story.

Unlike the feature film directed by Bob Perschetti, Peter Ramsey, and Rodney Rothman, which not only breaks down the history and mythology of Spider-Man but the literal design of comic book characters who are translated from page to screen, “Caught In A Ham” is a marginally more straightforward affair, at least stylistically. Taking inspiration from classic Looney Tunes cartoons like “Duck Amuck,” director Miguel Jiron shuffles the animated hero through a thoroughly 2D adventure where he faces off against Dr. Crawdaddy before encountering a persistent and mischievous portal that sucks him into Miles Morales’ universe. 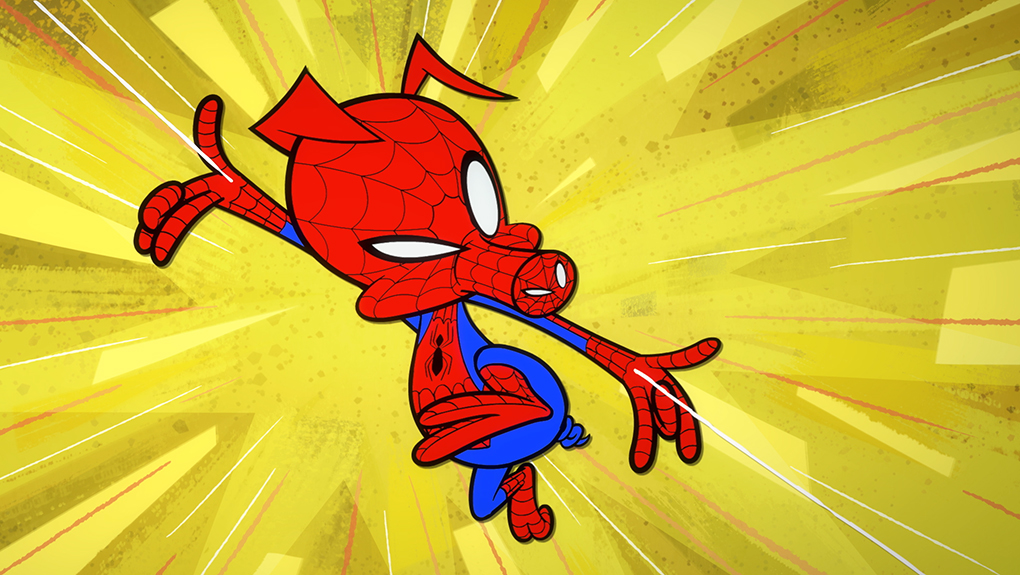 At a press day last week for the home video release of Spider-Verse, Jiron explained the positively, deliberately ridiculous origins of the character. “Many people who saw Spider-Verse thought we took this character from a great ‘Simpsons’ joke, Spider-Pig, which, fair enough,” he said. “But the truth is actually far weirder. Spider-Ham is 36 years old, he was created quite literally as a joke by writer Tom DeFalco, which was then born into reality with artist Mark Armstrong in 1983. Marvel tried something new in launching a talking funny animal comics line with Marvel Tails #1. To everyone’s surprise, he became popular enough to warrant his own comic book – Peter Porker, the Spectacular Spider-Ham.” “These comics are weird, and great,” Jiron continued. “Peter was actually a spider who got bit by a radioactive pig who then retained his own spider powers to fight crime. That’s all to say, it is totally okay for him to be eating hot dogs.” In the short film, Peter is kept from his lunch by Crawdaddy, a crustacean adversary whose clutches he escapes, but not before helping him brainstorm a better name. But their battle proves to be a prelude to greater dangers after Spider-Ham first discovers the literal edges of his universe–a computer’s browser window where an unseen animator diligently pushes him around with the cursor–and then unwittingly gets nabbed by a handsy portal that pulls him into the world of Spider-Verse.

“We really wanted our short to connect to the main movie and sneakily make a backdoor prequel of sorts showing Ham’s last days before we see him in the movie,” Jiron said. “The plan was for our short to play in front of the movie in ‘Alternate Universe’ mode, which is a feature on the Blu-ray that features deleted scenes cut into the movie.” 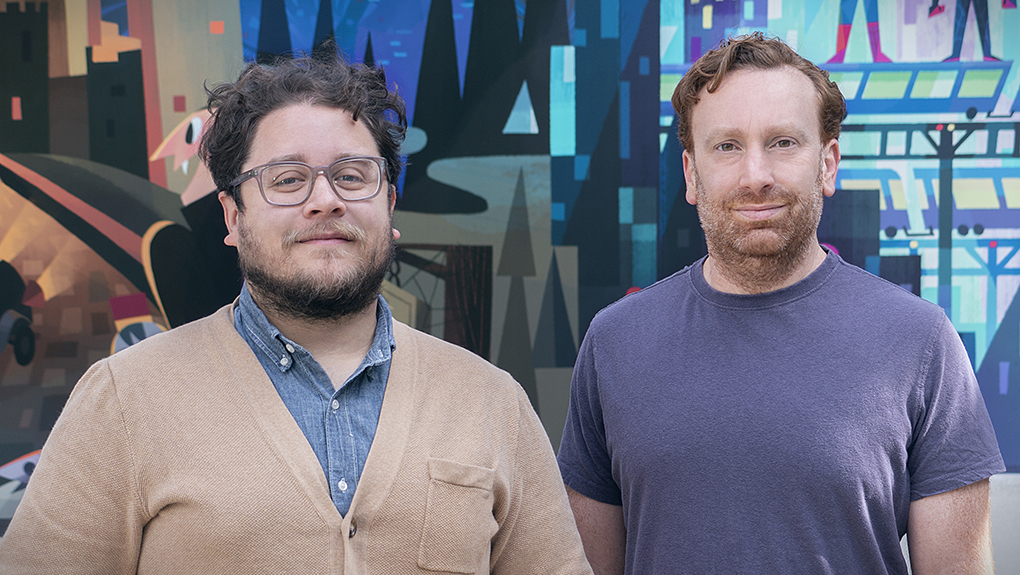 The short offered Jiron, producer David Schulenburg and their filmmaking team multiple opportunities to further deconstruct not just the comic book origins of the character but the shifting narratives, mythologies and even realities of this character’s cartoon existence. “We thought it would be so much fun to see his last moments,” said Jiron. “So when he says, ‘I hope I haven’t missed the first 62 minutes [of another movie],’ he truly does arrive 62 minutes into Spider-Verse–trust me, we counted.” But in spite of its nonstop puns and barrage of metatextual jokes, Jiron indicated that they snuck in a few little details that underline character traits and actually give Spider-Ham’s superhero travails some emotional resonance, for Miles and for himself. “It was an opportunity to show Ham’s hammer in action, and then show how important it is for him to make his eventual gifting of the hammer to Miles even more meaningful,” Jiron said. “We took great pains to make sure the portal looked as close as it does to [the] film as possible so there’s this wonderful kind of symmetry to all our Spider-Heroes. And of course, if he’s eating a hot dog at the end of Spider-Verse, it makes sense for us to establish this want in our short–creating a strong closure arc for Ham, especially when you see it in Alt-Universe mode.” Into the Spider-Verse is available now on digital platforms in both its original theatrical and Alternate Universe modes. If you don’t have time to watch them together, “Caught In a Ham” is available as a bonus feature. The film will be released on Blu-ray March 19 and is coming back to theaters for a limited time this weekend.