The Heartbreaking Theory About SPIDER-MAN's Parents in the MCU - Nerdist

The Heartbreaking Theory About SPIDER-MAN’s Parents in the MCU

Spider-Man, Spider-Man, does whatever a spider can… which in this case is cause his fans to cry buckets of big, ugly tears. Remember that fan theory about how Peter Parker carries the memory of his late Uncle Ben with him through a shared love of film? That was sad in a bittersweet way. This fan theory? This is just an emotional gut-punch. Honestly, I wasnâ€™t prepared for it, and chances are that you arenâ€™t either. So grab a box of tissues and a security blanket because todayâ€™s episode of The Dan Cave is all about the saddest Spider-Man fan theory Iâ€™ve ever heard.[brightcove video_id=”5858484993001″ brightcove_account_id=”3653334524001″ brightcove_player_id=â€œrJs2ZD8xâ€]If youâ€™re a fan of Spider-Man, you probably know that Peter Parkerâ€™s parents are no longer in the picture and the boy who would become olâ€™ Webhead was raised by his Aunt May and Uncle Ben. While Uncle Benâ€™s tragic death is what would ultimately inspire Peter to become a superhero, the tragic deaths of his parents were considered more to be a fact of life than a defining trait of Peter Parker. In fact, for six years after Spider-Manâ€™s debut, his parents Richard and Mary Parker had no real backstory whatsoever. That all changed in 1968â€™s The Amazing Spider-Man Annual #5, which revealed that Spider-Manâ€™s parents had been murdered by the Red Skull. And no, not the crazy super-Nazi version. He was a Soviet spy dressed like Red Skull, and his name wasÂ  Albert Malik. 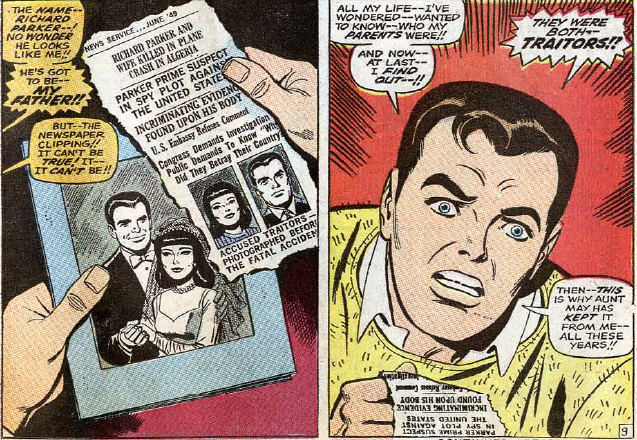 So why did the Red Skull have the Parkers murdered? Because he learned that they werenâ€™t mild-mannered Peter parents at all. Rather, they were secret agents! Spies working for the CIA and Nick Fury, as was later revealed in an Untold Tales of Spider-Man story. Once he uncovered the Parkersâ€™ deception, the Red Skull had their plane sabotaged and Peterâ€™s parents perished in the ensuing crash.This new fan theory, which comes courtesy of redditâ€™s Myckount, doesnâ€™t address the skullduggery and spycraft of Richard and Mary Parker, but it does offer a heartbreaking new idea of what happened to the Parkers and why theyâ€™re no longer tethered to this mortal coil. The theory maintains that the Parkers died in a plane crash (which on its own is extra poignant given how heavily flight and crashing planes factor into the climax of Homecoming) but not just any plane crash. The theory alleges that Richard and May Parker died during the tragic events of 9/11. It sounds bleak, but letâ€™s take a look at the evidence as the theory lays it out. 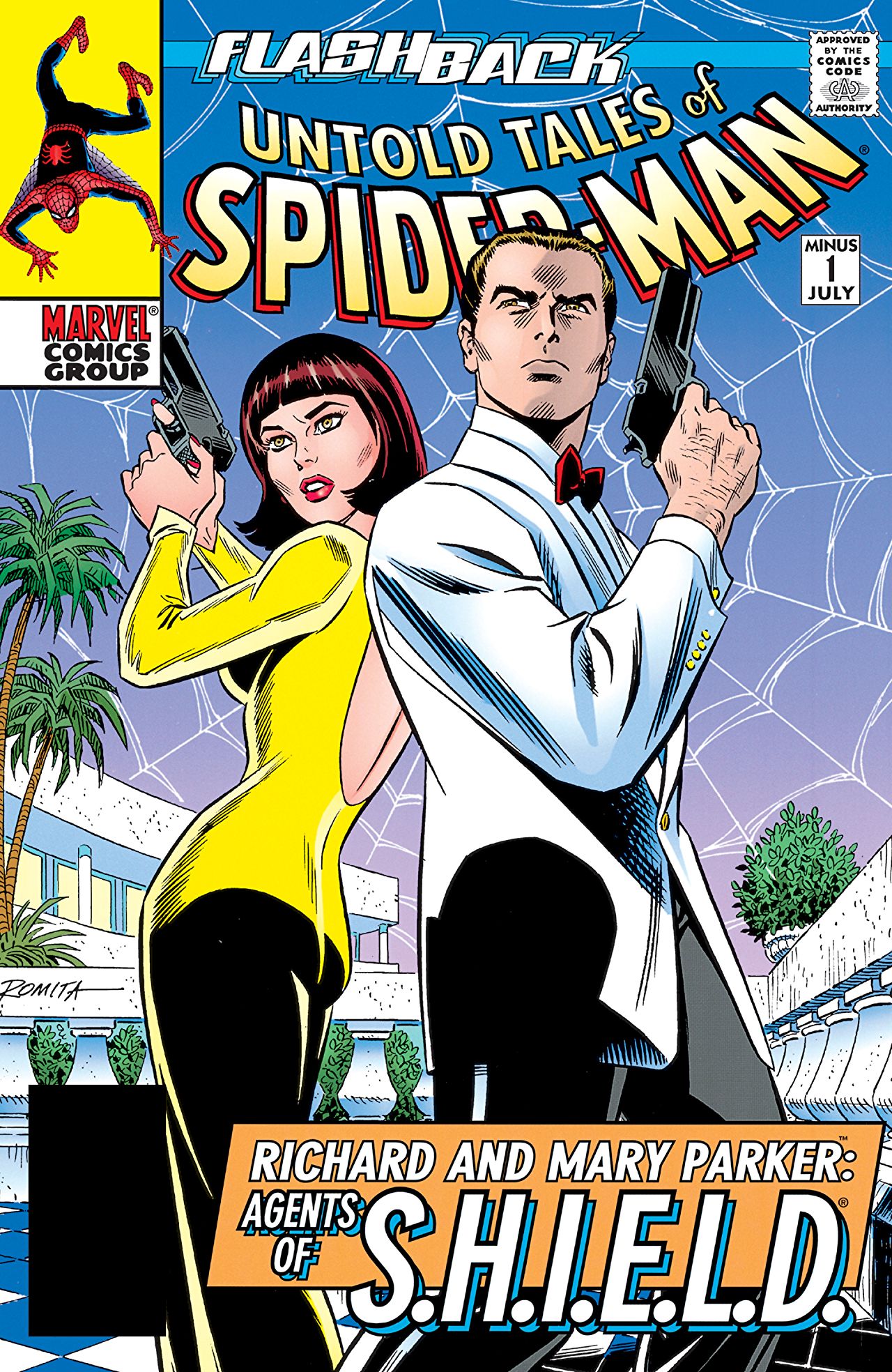 At the beginning of the film, Happy Hogan asks if Peter has ever been on a private jet, to which Peter replies, â€œThis is the first time Iâ€™ve been on any plane.â€ That isnâ€™t too out of the ordinary for a teenager; I know plenty of folks who never flew on a plane until well into their adulthood, but it could be evidence of a deeper trauma for Peter. Perhaps he is setting aside his fear of flying in order to impress Tony Stark.Given the nature of the Vultureâ€™s abilities, most of Spider-Manâ€™s battles with him take place in midair; we can note the fright and shock that Peter experiences during his first tussle with the Vulture in which he is taken by surprise and suddenly dragged into the air.

This fear again rears its ugly head when Peter is trying to save his classmates from certain death during a trip to Washington D.C.. While atop the Washington Monument, Peter freezes up and when his in-suit A.I. Karen asks why, he replies that heâ€™s never been this high before. The theory alleges this is because Peter has a fear of heights, which I donâ€™t entirely buy, but the film’s writers have spoken about it in an interview. To help corroborate this, the recent PlayStation 4 game established that Peter Parker used to have a fear of heights and forcing himself to climb the Empire State Building helped him to conquer it. Given that the video game version of Spidey is a little bit older, itâ€™s entirely possible this fear could dwell within movie Peter still.During the filmâ€™s epic finale, Spider-Man not only has to crawl his way out of the debris of a collapsed building in an homage to the iconic Amazing Spider-Man #33, but also has to prevent a plane from crashing into the New York City skyline. That would have to be a pretty harrowing and on-the-nose way to confront oneâ€™s deep-seated traumas, which makes Peterâ€™s perseverance all the more impressive.Lastly, the theory looks at the timeline of the Marvel Cinematic Universe. Following the release of the first Avengers film, most Marvel movies have taken place in real time, which is to say the year in which they are released. Spider-Man: Homecoming seemingly threw a spanner in the works with their subtitle about it taking place eight years after the events of The Avengers, but Marvel has since walked those comments back and confirmed that Infinity War takes place in 2018, which is six years after the events of 2012â€™s The Avengers. Captain America: Civil War takes place in 2016, which marks Spider-Manâ€™s first appearance, and Homecoming takes place a few months after that film. In Homecoming, it is established that Spider-Man is 15 years old, which would mean that he was born in 2001 and the timeline of events leading to his parentsâ€™ deaths could feasibly work out. That would mean that Peterâ€™s parents died when he was still a very, very young baby. 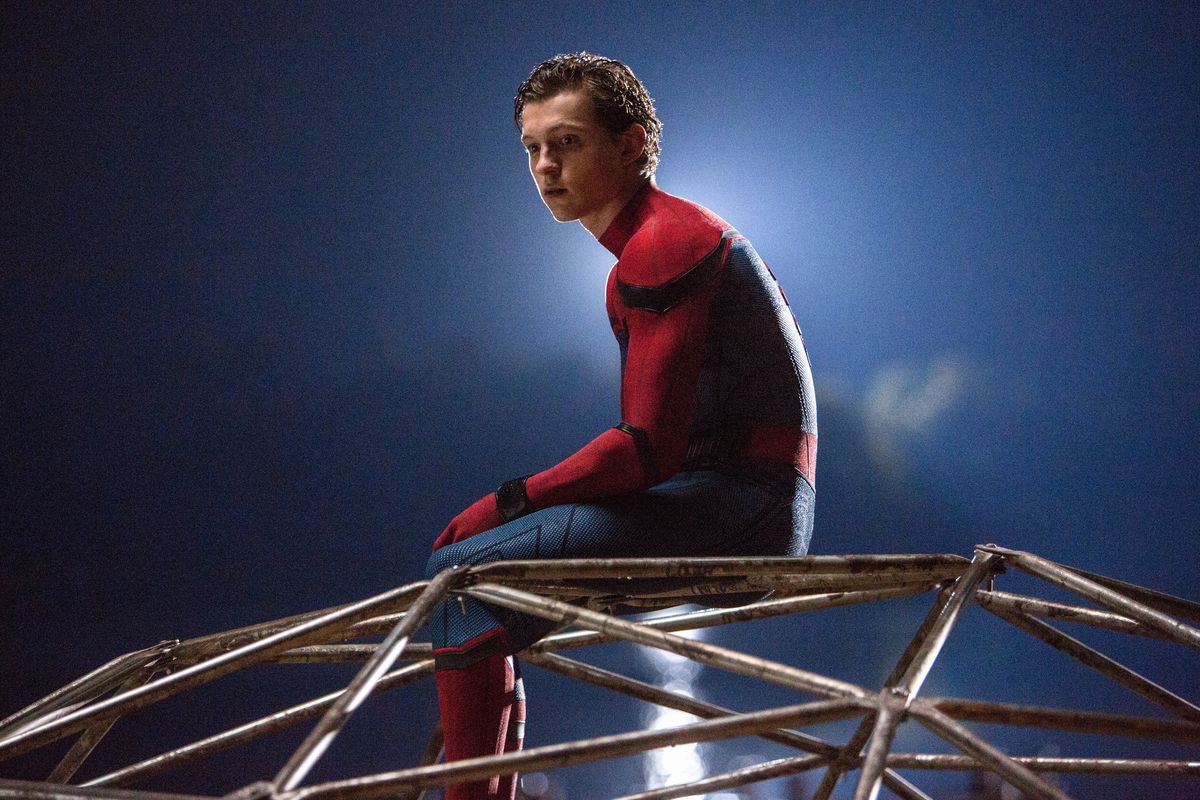 For the most part, this theory doesnâ€™t offer any major changes to the existing Spider-Man story, so I can appreciate it as a bit of poignant head canon that adds an extra layer to the events of Homecoming in particular. Not only is it a story of Peter proving himself and coming into his own as a hero, but it is forcing Peter to confront his past in a very real and unsettling way. I donâ€™t necessarily buy into the whole acrophobia angle given the nature of what Peter does as Spider-Man, but I appreciate the theoristâ€™s attempt at tying everything together.For people questioning whether September 11 happened in the Marvel Cinematic Universe (a segment of the population I had no idea existed), some commenters have pointed to the fact that Killian mentions bin Laden in Iron Man 3, so chances are that it did indeed happen in that world too. What isnâ€™t addressed here is whether Peterâ€™s parents were still spies and if their deaths were part of a larger conspiracy, but that is opening up a can of worms I have no interest in opening. One thing we do know is that things are going to get a lot weirder for Peter Parker when he crosses paths with Jake Gyllenhaal as Mysterio in 2019â€™s Spider-Man: Far From Home.But what do you think of this fan theory? Would you want a movie about Peterâ€™s parents as Cold War superspies? Let me know in the comments below.