Comics to Read After You See SPIDER-MAN: INTO THE SPIDER-VERSE - Nerdist

Comics to Read After You See SPIDER-MAN: INTO THE SPIDER-VERSE

Now that you’ve experienced the Spider-Man: Into the Spider-Verse, you’ve no doubt fallen in love withÂ Miles MoralesÂ Spider-Man,Â Spider-Gwen, and a whole slew of spider-folk you may not knew existed before you saw the film. But just about all of them come directly from the pages of Marvel Comics, and some from a few pretty recent comics at that. If you want to read some of the very best of the adventures of Miles Morales and Spider-Woman Gwen Stacy in particular, you want to dive into these comics–all in chronological order of course, starting with the story that set events in motion leading to Miles taking over the web slinging duties from Peter Parker. 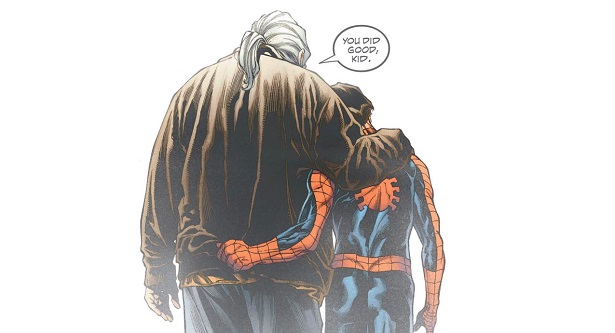 Miles Morales became Spider-Man under tragic circumstances, as it involved the death of the original Spider-Man, Peter Parker. Or to be specific, the Peter of the Ultimate Marvel Universe. In this Death of Spider-Man collection, which includesÂ Ultimate Spider-Man #156-160, Peter faces his destiny, fighting with a mortal wound to save his Aunt May and his girlfriend Mary Jane. Peter’s noble sacrifice inspires Miles Morales to become the new Spider-Man. 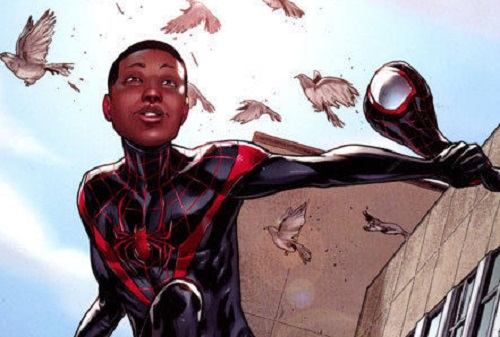 The last thing Miles Morales wanted was to become a superhero, but as the new Spider-Man, he’s thrown into the fire as he faces Peter’s old foe, The Scorpion, and deals with the fallout when his Uncle Aaron, better known as the Prowler, discovers his secret. This first Miles Morales: Ultimate Spider-Man collection has Miles’ first appearance in Ultimate Fallout #4, plus the first 12 issues of his solo series, and his first meeting with the adult Peter Parker in the Spider-MenÂ mini-series. 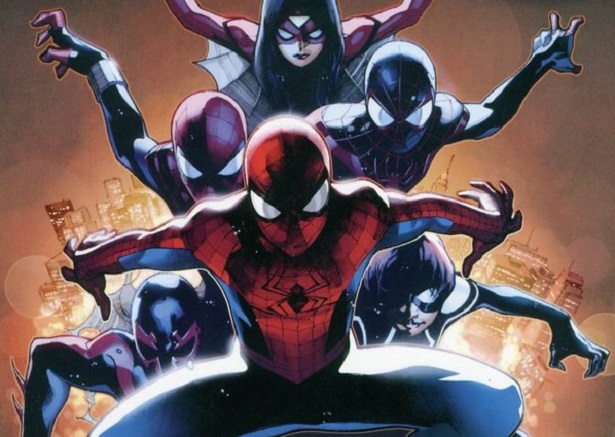 This is the Spider-Man crossover event that inspired Spider-Man: Into the Spider-Verse. What’s better than two Spider-Men, you might ask? How about several dozen, and several Spider-Women as well? When the villainous Morlun and his family the Inheritors begin hunting Spideys across the dimensions, Miles and Peter and several other arachnid heroes cross space and time to stop him, and become an army of Amazing Spider people in the 2014 event book Spider-Verse. 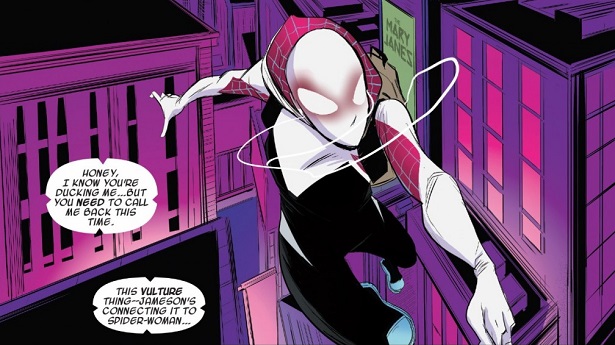 For many years, Gwen Stacy was famous for being Peter Parker’s nice, sweet girlfriend who died tragically at the hands of the Green Goblin. But in this alternate universe story, Gwen is a hero in her own right; she got bit by the radioactive spider on that fateful day. Can she keep her secret identity of Spider-Woman a secret from her police chief father, and fight the villainous Vulture too? Spider-Gwen Vol. 0: Most Wanted collects Spider-Gwen #1-#5.

Spider-Man/Spider-Gwen: Sitting in a Tree 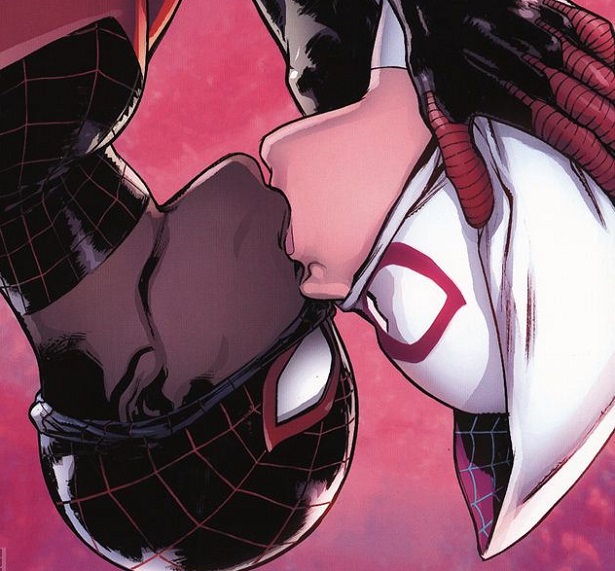 When the original Spider-Man and Gwen Stacy fell in love, their relationship didn’t have a happy ending. But what happens when new Spidey Miles Morales and the alternate universe Gwen, a.k.a. Spider-Woman, find themselves sending each other love notes across dimensions? Can these star-crossed Spider heroes make a relationship work across while living in two different universes? It all unfolds in Spider-Gwen: Sitting in a Tree.