SPIDER-MAN: INTO THE SPIDER-VERSE Is Pure Pop Art Joy - Nerdist

SPIDER-MAN: INTO THE SPIDER-VERSE Is Pure Pop Art Joy

With the sad passing of Stan Lee recently and of Steve Ditko a few months back, a lot of comic book’s greatest characters lost their founding fathers. For all the good each of them did to the world of superhero fiction, Spider-Man is by far their greatest contribution. Spider-Man has always been a force of good for a weary world, dealing with problems with a sense of humor and an overwhelming desire to do what’s right. And yet, the biggest movie of the year left audiences with half their beloved heroes turned to dust, and Spider-Man himself fading away in what is still pop culture’s saddest moment. For those who love everything good and pure about the entire crazy Spider-Man continuum, we can rejoice, because Sony made us all 10-year-olds again.

Spider-Man: Into the Spider-Verse is an explosion of pop art visuals, hyper kinetic action, and laugh-a-minute dialogue all focusing on a comic book universe at once part of the Marvel Universe and undoubtedly its own crazy thing. It’s a celebration of the entire history of the character, and all the characters, as well as a supremely positive message about believing in yourself and those around you. For my money, It’s easily the best Spider-Man movie of them all.

And I say this knowing full well we wouldn’t have gotten to this point if the world hadn’t become so familiar with the one specific iteration of Spider-Man, that being original Spidey, Peter Parke over the course of 56 years, a million comic issues, dozens of animated appearances, and eight gargantuan movies. People know Peter Parker, and Spider-Verse knows we know him, and so riffs on that theme and extensions of different continuities and characters who’ve donned the mask and slung the web. Like The LEGO Batman Movie before it, this is a movie about the world’s love of Spider-Man, except with its own fresh and exciting story to tell. 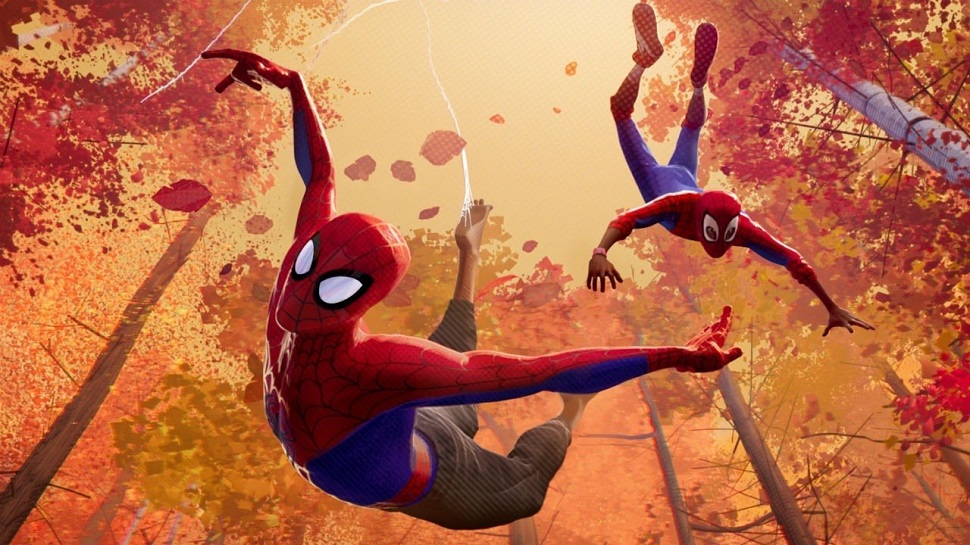 As you know from the trailers, Into the Spider-Verse focuses on Miles Morales (Shameik Moore), a smart kid from Brooklyn who’s just started his first semester at a fancy prep school. He’s not sure he fits in, but his parents believe in him. After he’s bitten by a radioactive spider, Miles soon realizes Peter Parker’s Spider-Man isn’t the only web-crawler in New York. And this is the problem: some of Spider-Man’s greatest foes are messing with the walls between dimensions, bringing a middle-aged Peter Parker (Jake Johnson), Spider-Gwen (Hailee Steinfeld), Spider-Man Noir (Nicolas Cage), Peni Parker (Kimiko Glenn) and her trusty SP//dr, and Spider-Ham (John Mulaney) together to set the multiverse back where it belongs.

Along the way, of course, Miles will learn that being Spider-Man isn’t as easy as Peter makes it look, and it will take some loss and defeat to make Miles see the truth. It’s true blue hero-making stuff, and none of it feels short changed by the comedy, which is constant and uproarious. It works as an origin story for Miles, but each of the other Spider-Mans and Spider-Womans have their own lessons to learn too. Heck, even the bad guys are sympathetic.

The movie is directed by Bob Persichetti, Peter Ramsey, and Rodney Rothman, who have managed to make a 3D animated film that incorporates the style of 2D animation, comic book art, newsprint comics, and graffiti that moves like it’s been shot out of a cannon, bouncing between styles and set pieces as effortlessly as Spider-Man leaping from building to building. The character designs embrace the cartoony, comic-booky nature of the proceedings, and even pays visual homage to Miles Morales’ co-creator Sara Pichelli. It’s one of the most vibrant, beautiful pieces of visual art ever put to celluloid.

The screenplay by Phil Lord and Rothman is packed full of references to other Spider-Man movies and does justice to the crazy continuity (or sometimes lack thereof) of the various Spider-books. If you don’t know who some of the Spider-Mans are, don’t worry, because they each get a quick comic explainer just to make things easier. Miles takes center stage, as well he should, but Peter taking on the mentor role is surprisingly satisfying. And, I’m not sure I’ve said it enough, this movie is incredibly funny. Miles’ first attempt to use his powers in particular had the audience rolling. 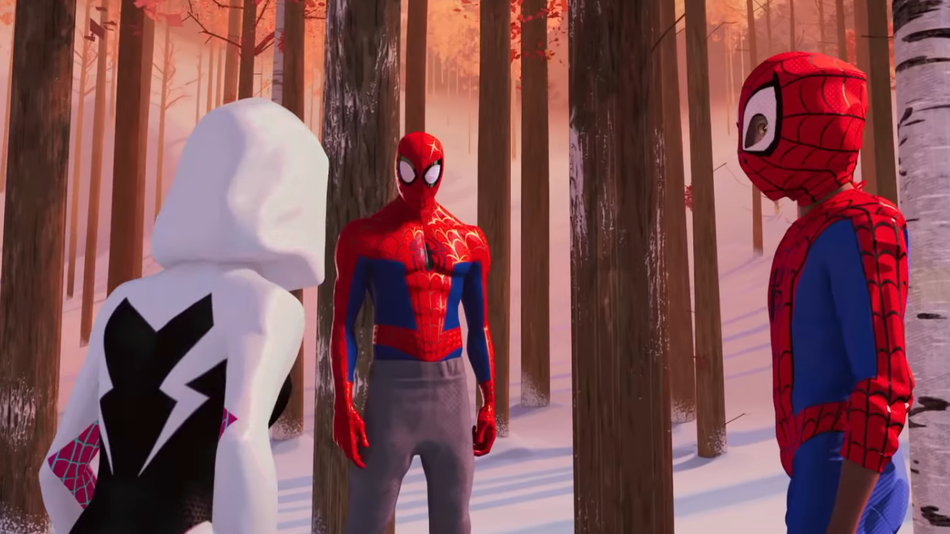 There is a lot to unpack with Spider-Man: Into the Spider-Verse, and it’s hard for me to do anything at the moment outside of just gush. I’m thrilled we’re getting more movies in this vein, because we need them. In a world as fraught as it is and the emphasis on our heroes being flawed and often lose doesn’t make them more relatable, it just reminds us that things are dour all over. This movie is bright and exciting and funny and happy, and it’s definitely more adult in theme than I expected, but it’s the kind of superhero movie we absolutely need, with good people doing good and reveling in it, the way Spider-Man always should.