You know Pokémon Go and maybe you even know Pokémon Quest, but there are more pocket monsters in your pocket than you may realize. From puzzle games to toothbrushing companions, there’s a Pokémon mobile game for everyone. 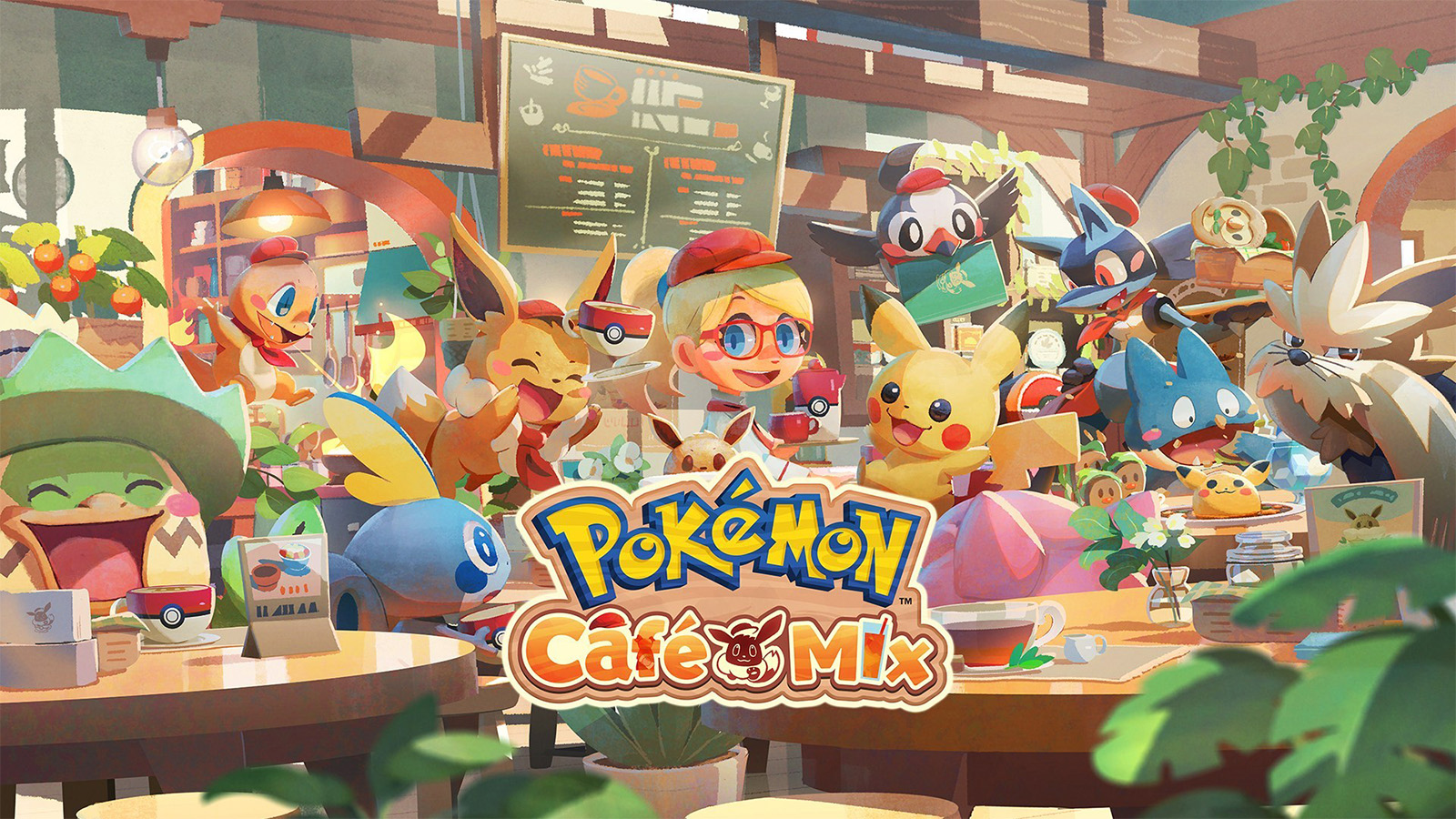 The newest addition to the Pokémon mobile game lineup is a simple puzzle game with an adorable hook. You’ve just opened a brand new café, but you can’t do it alone. You’ll have to use your Pokémon companion, Eevee, to help complete orders and get your café off the ground. All you need to do is link two or more icons on the screen to make a combo, and they’ll disappear. If you link enough icons without running out of moves, then you will have successfully motivated your Eevee to fulfill the orders for your Pokémon customers.

The gameplay is a nice take on the familiar matching format but adds in some fun puzzle mechanics that change after each order. As the café offerings get more complicated, the puzzles become more challenging which helps keep the game from being too monotonous. And like a real café, your business is all about repeat customers. As Pokémon return to your café for treats, you’ll gain a friendship level and will be able to then recruit different Pokémon to your staff. It’s cute, it’s fun, and it’ll get you emotionally invested in about five minutes. You know, because it’s Pokémon. 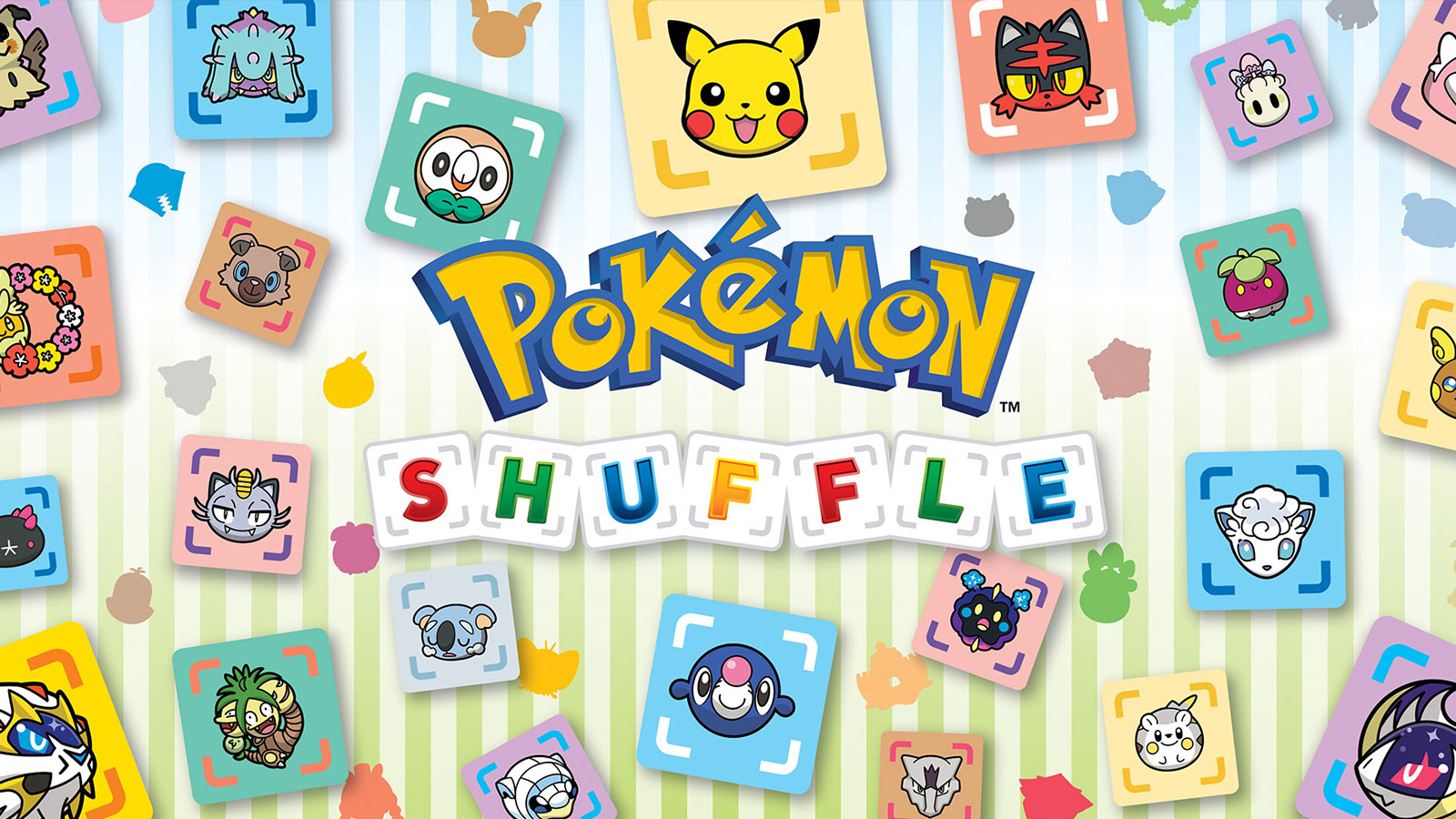 If you’re looking for something a little simpler than the puzzle challenge style of Pokémon Cafe Mix, then Pokémon Shuffle is it. This title runs on true match-three style gameplay, but instead of crushing candy, you’re chaining combos to defeat an enemy Pokémon. Of course, it wouldn’t be a Pokémon game if you couldn’t catch a wild Pokémon after defeating them.

Based on your score, the opposing Pokémon will get a catchability rating. Once you’ve successfully caught a Pokémon, you can then add it to your support team and use its passive abilities to help you in the next round. In a time when there are many match-three game clones, it really comes down to choosing the theme you like best, and you really can’t go wrong with Pokémon. 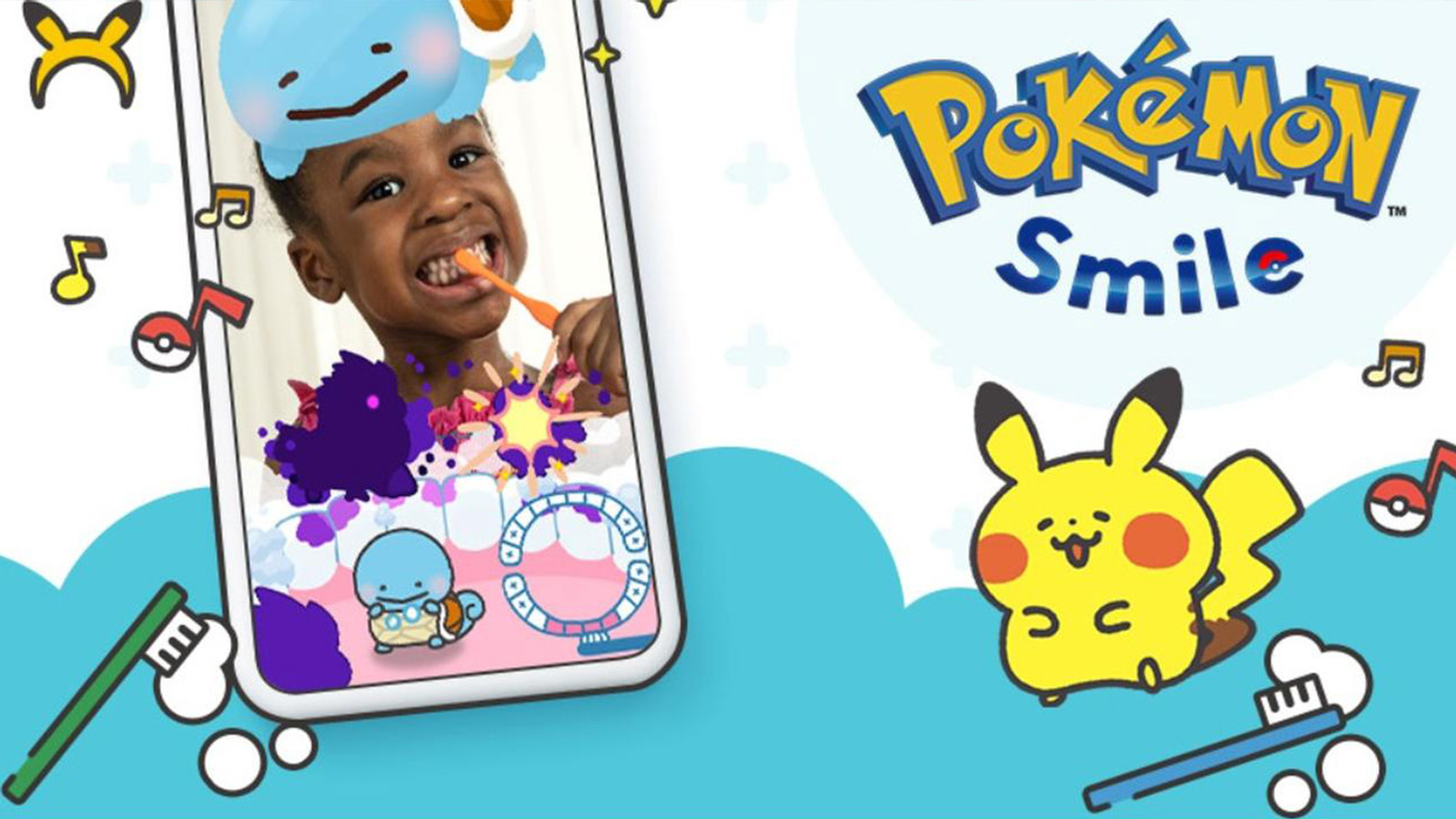 Whether you’re five or fifty-five, brushing your teeth is a chore. If only there was some way to introduce Pokémon into your nightly routine and bring some joy into an otherwise boring procedural act. Well, now there’s Pokémon Smile. This tooth brushing companion uses the spellbinding power of Pokémon to get kids (and fun-loving adults) to brush their teeth.

Make no mistake, this is very much a real game. Using the AR tech in your smartphone’s camera, you work together with your Pokémon partner to fight off bacteria by following along with the brushing prompts on the screen. You can even snap a photo of yourself in the act and decorate it with little Pokémon stickers. I implore you all to use this feature and tweet the picture at Nerdist on Twitter to show off your Pokémon brushing face. 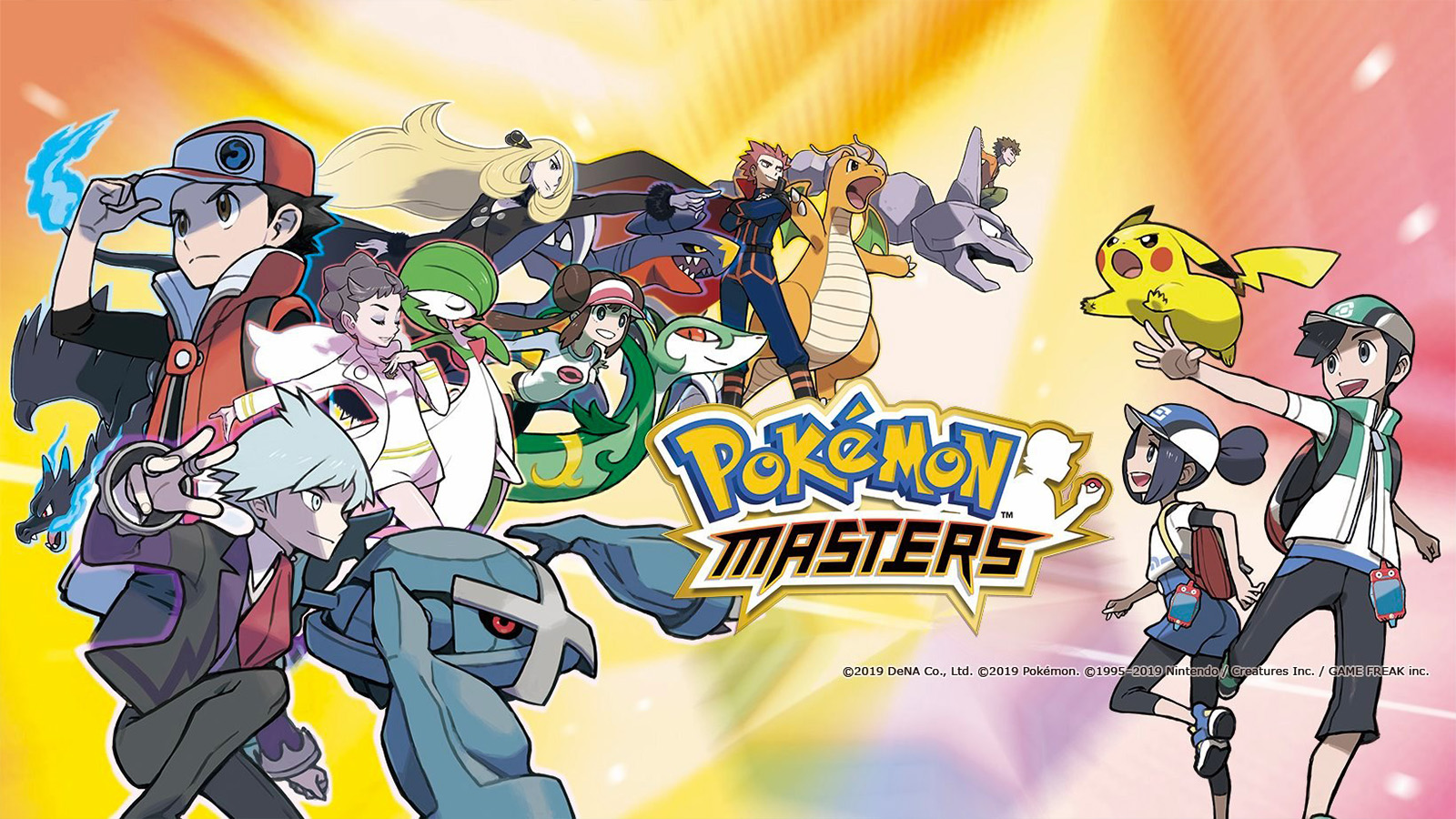 Pokémon Masters is the closest to a full-on Pokémon game you‘ll get on your phone. You’ll start off on the island of Pasio where Pokémon trainers from throughout the game’s history have gathered. You’ll even meet up with Brock and Misty at the beginning. But unlike other mobile games discussed here, Pokémon Masters actually has a bit of a story. Not to mention the art style is nearly on-par with Pokémon Sword and Shield.

This gameplay itself features three-on-three combat as you team up with other trainers. And just like with the mainline games, you’ll have to match up your Pokémon based on the strengths and weaknesses of each type. But where the combat really shines is its real-time attacks. No turn-based combat here—you’ll target Pokémon one after another while balancing healing items and managing your move gauge. The combat feels intense, giving Pokémon Masters surprisingly fast combat for a Pokémon game. 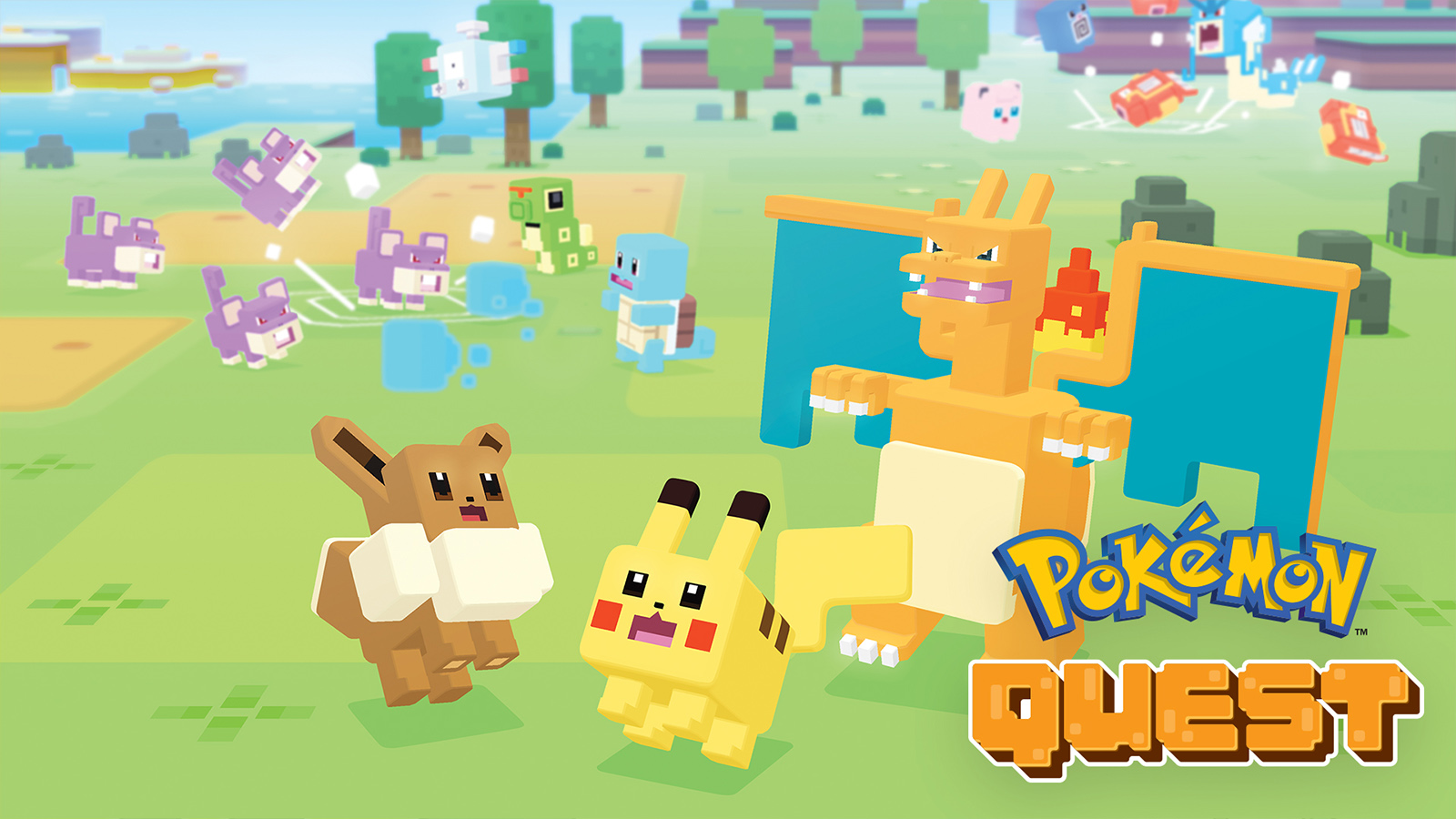 One of the great things about Pokémon mobile games is the varying art styles. Each entry has its own distinct artistry, and perhaps none are quite so distinct as Pokémon Quest. When you first start Pokémon Quest, you might think you accidentally booted up Minecraft. But instead, you have arrived on Tumblecube Island, where all the Kanto Region Pokémon are inexplicably cube-shaped. Equipped with a research drone, you’ll explore the island and befriend Pokémon to aid you in your quest to find precious loot.

The combat is largely automated, with your Pokémon heading towards nearby enemies and engaging without any action needed. But once engaged, you then have the option to manually control your Pokémon’s special moves or leave it set to automatic. Because of this automatic combat, the game is all about preparing your Pokémon for battle before you head out on an expedition. You do so through preparing food and attaching Power Charms. It’s definitely less demanding of your attention than a lot of other titles, but sometimes that’s exactly what you’re looking for in a mobile game. 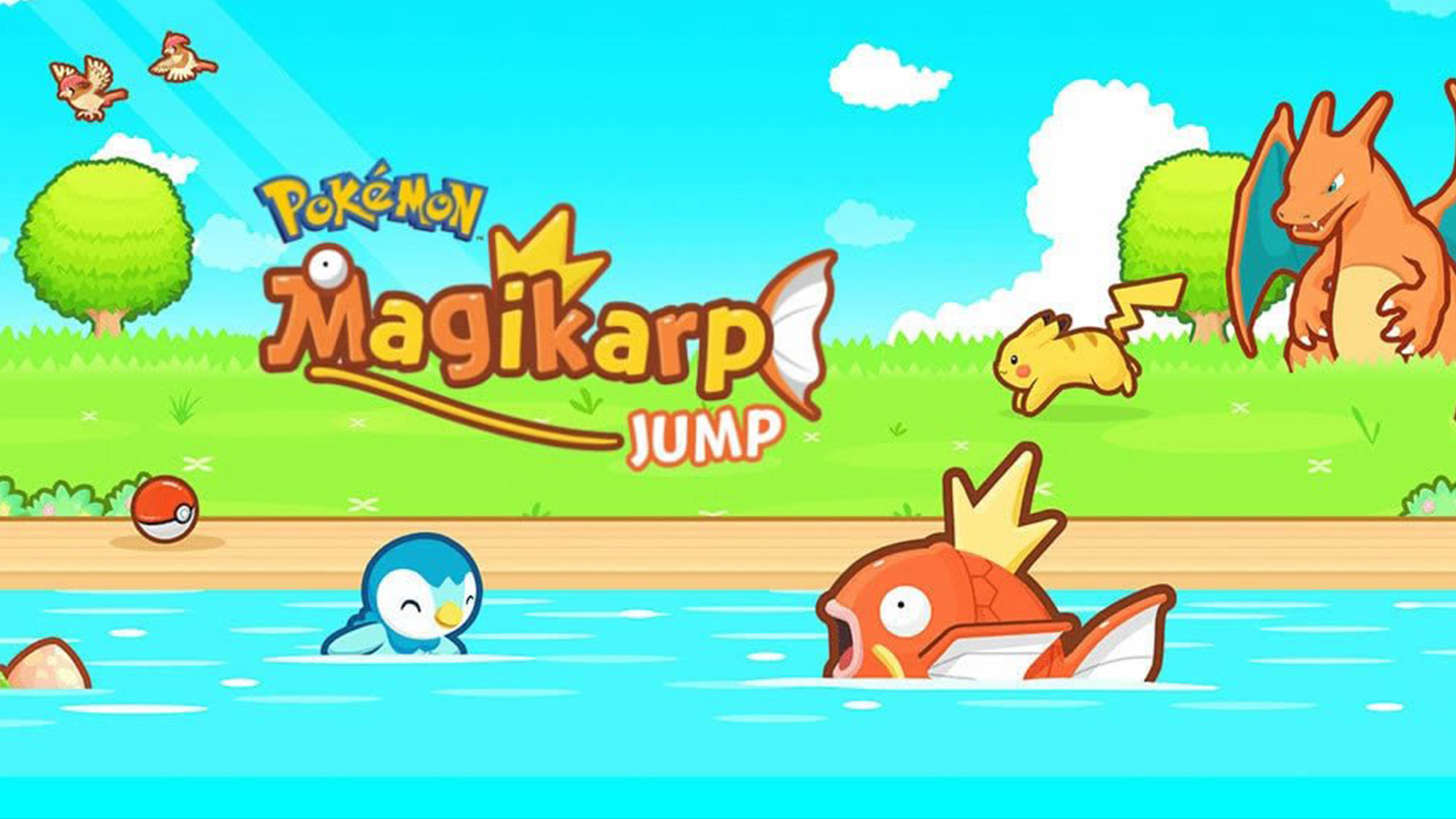 If you feel bad when people are mean to Magikarp, then consider this game reparation for everyone underestimating them. Welcome to Hoppy Town, a magical place where everybody loves and raises Magikarp. You’ll be the town’s new champion which means you’ll need to catch, train, and compete in jumping matches against other Magikarp. Through a rigorous routine of training and diet, you’ll raise a Magikarp that can jump higher than all the other Magikarp.

If this sounds silly, it’s because it is. A lot of love and comedy went into this little game, with Magikarp training on a literal punching bag. It’s a goofy game, but it’s more fun than it appears and features a classic GameBoy chiptune soundtrack. And who knows, if you train enough you may see your Magikarp reach its full potential. Or as Magikarp would say, “KAAAAAAAARP KARP KARP.” 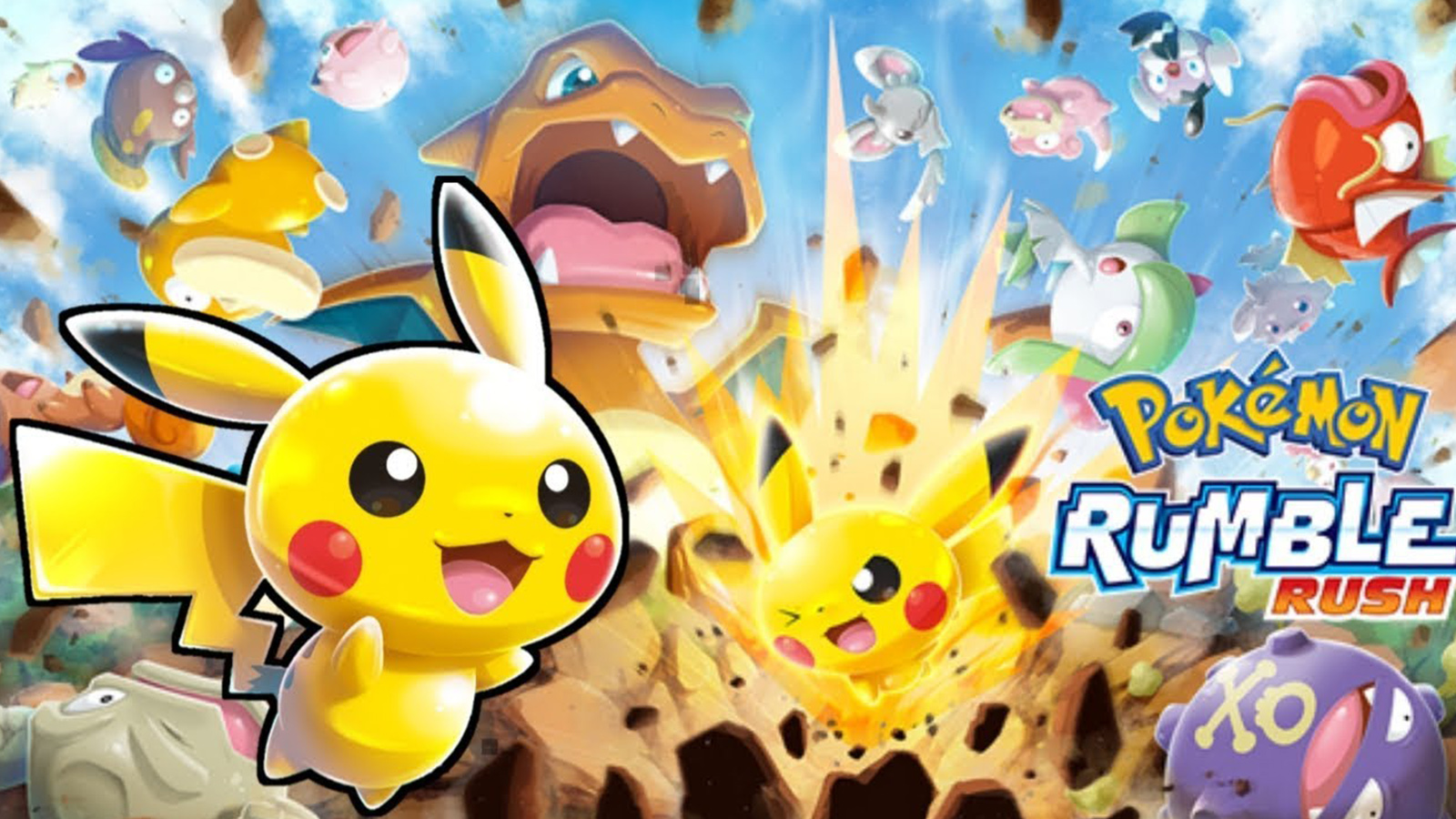 If you’re looking for a little more action, Pokémon Rumble Rush is the one. This game uses tap controls as you move through linear stages to defeat any wild Pokémon in your way. As you clear groups of enemies, you’ll automatically catch some of the Pokémon to add to your collection. But as you catch multiple of the same Pokémon, you’ll notice the combat power rating of each pop up so you can equip your most powerful catch.

The levels work as pretty straight-forward islands with a boss at the end before you can move on. This is also the first time Pokémon explode into gold coins, which gives this game a very Super Mario feel. Pair that with some very Nintendo 64-looking graphics and you’ve got a surprisingly fun faux-retro Pokémon game. 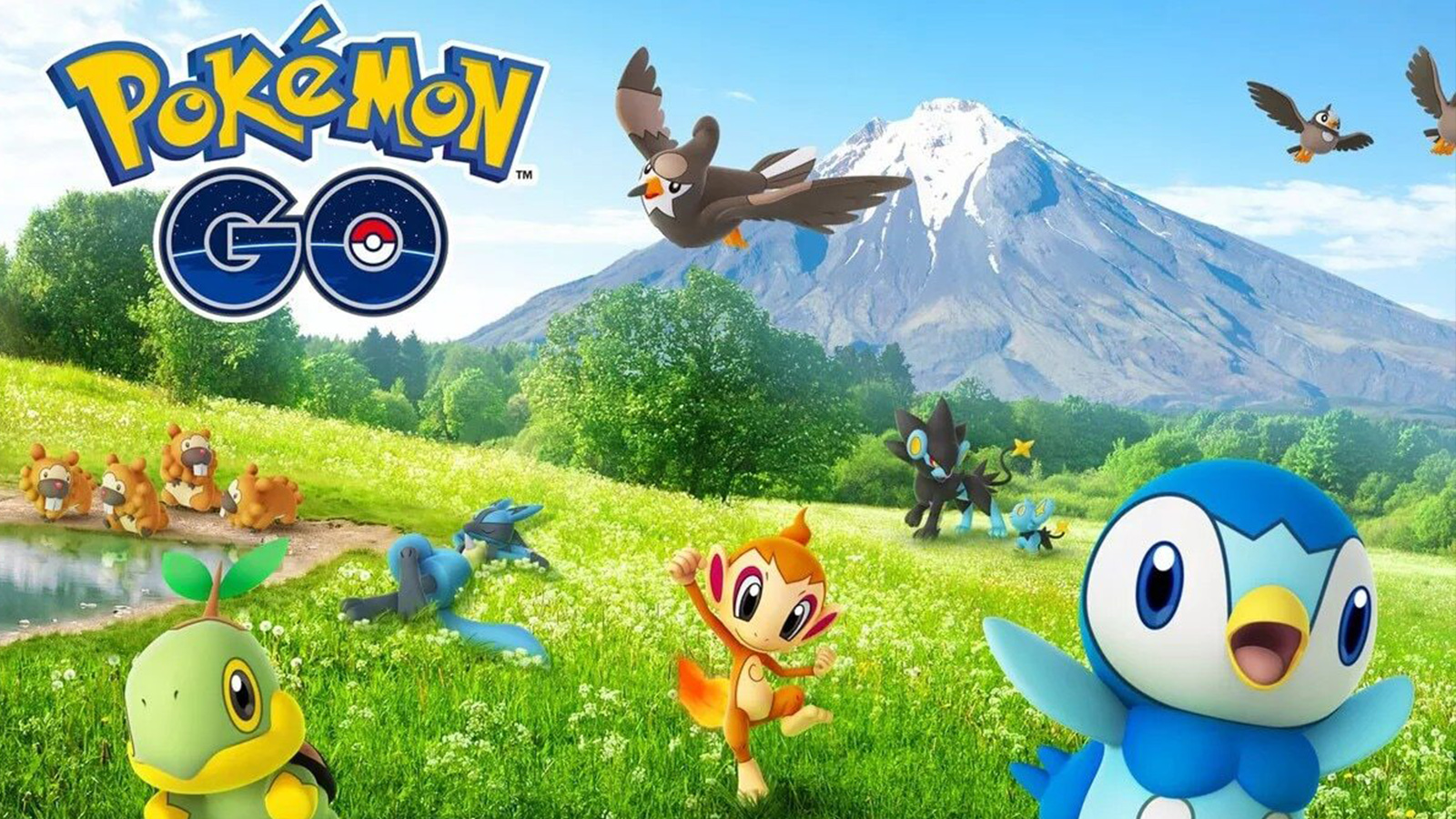 If you’re reading this, you possibly already mailed your phone to Switzerland back in 2017 so another player could catch region-specific Pokémon for you. Or maybe you spend an entire vacation visiting nothing but Pokéstops and walking into street signs. But if you’ve cooled down on the hottest Pokémon mobile game, now couldn’t be a better time to jump back in.

The app’s developer, Niantic, has made several updates to the game to allow players to enjoy Pokémon Go in an individual setting. Most notably, the addition of a Remote Raid Pass has given players access to raids at a distance and Gyms are accessible from twice the distance. It’s perfect for social distancing. You’re probably going to miss out on the exercise aspect, but at least you can still catch ‘em all.

So what’s your favorite Pokemon mobile game? Let us know in the comments and be sure to check out Pokémon Unite when it releases for the Nintendo Switch and mobile devices.