When you spend a lot of your life traveling down sewer pipes and fighting in dark castles, you need a good source of light. It doesn’t matter how brave you are, or how good a plumber you might be, you can’t save a princess or fix a clogged drain in the dark. You also need something so you can walk around your house at night—and if it has a little pizazz, all the better! Now you can light your way while honoring one of the most iconic video games of all time, with Merchoid‘s stylish new Nintendo controller lamp that celebrates Super Mario Bros.

This officially licensed LED “ Light Up The World NES Controller Lamp” comes with a lampshade featuring the iconic 1-1 world level from the original Super Mario. The USB-powered lamp also has a coiled base that looks like a wire, which leads to a replica of the original Nintendo controller. And while you can’t make the lamp stomp any koopas or capture any flags, you can use the controller to turn the lamp on and off (the power button, duh) and adjust the bulb’s brightness (with the D-Pad). 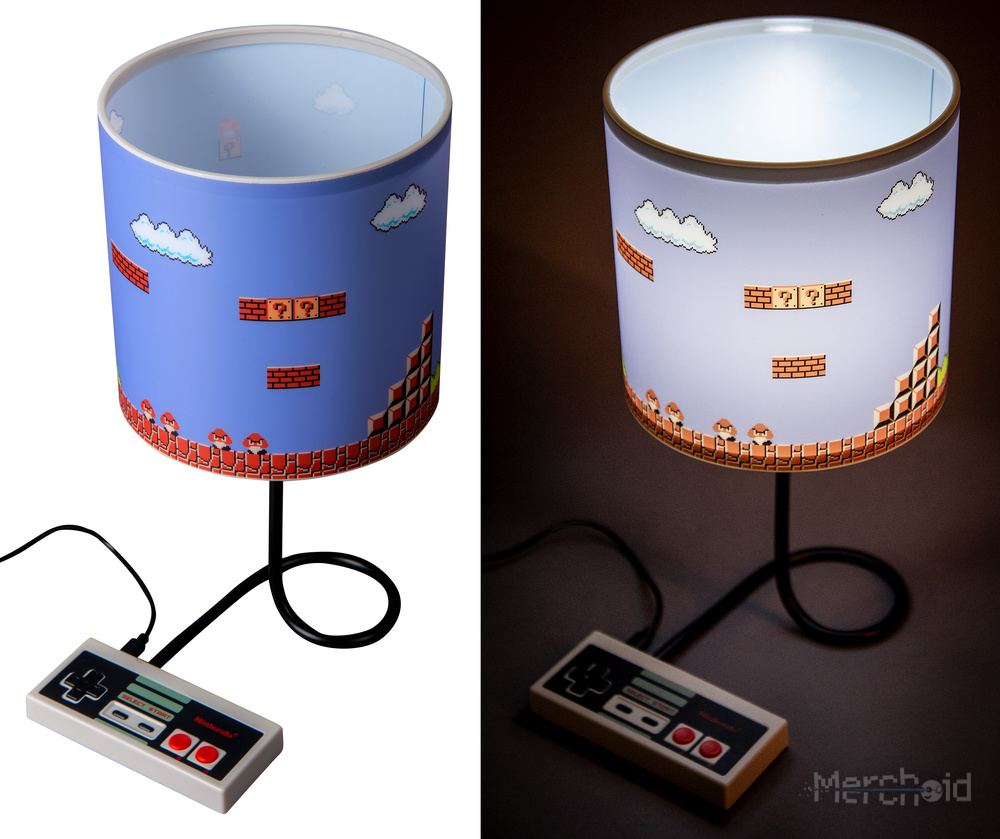 Do you know t he first Super Mario Bros. on the NES was released in 1985? 1985! Even more amazing is that after over 34 years, this lamp proves we will never get sick of the classic game. Also, beating that first level might be the only thing we wouldn’t need this lamp for. We’ve played it so many times we can probably do it with our eyes closed.

You can pre-order your NES Controller Lamp from Merchoid now ($51.99). It is expected to ship next month, June, 2019, but you might want to hurry if you hope to be among the first to get yours. As of this writing only nine are left for pre-order.

Don’t be left in the dark.