The following contains major spoilers for The Mandalorian episode 3, “The Sin.” Watch on Disney+ before reading any further. Or, you know, do whatever you want

The Mandalorians are one of the Star Wars universe’s most interesting civilizations. Yes, a lot of people’s interest in them came from how cool Boba Fett’s armor looked. It was through spin-off material that we learned more. And thanks to The Clone Wars and Rebels cartoons, we have a much fuller picture of these great warriors.

You know who else is a big fan of Mandalorians? Jon Favreau. He played a Mandalorian, Pre Vizsla, in The Clone Wars and became enamored of their awesome ways. Thus, he created The Mandalorian, the Disney+ Star Wars show that unabashedly rules. I admit, when I first heard the announcement for the show, I thought “Oh great, a not-Boba Fett”. I didn’t expect the show would deal very much with actual Mandalorian traditions or plight. By episode three, we got way more than I expected. And we also got more Mandalorians doing cool-ass Mandalorian stuff. 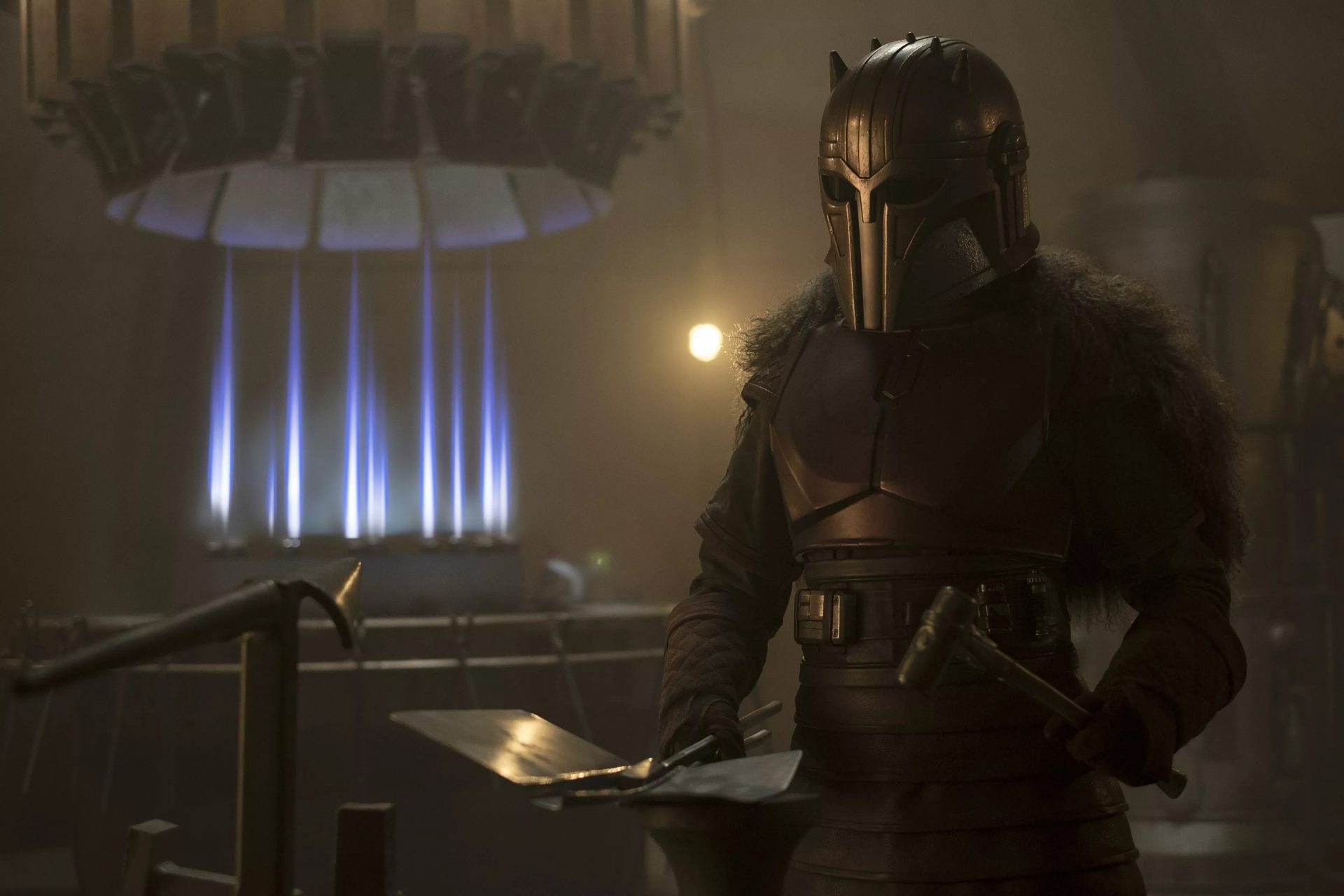 In the show’s premiere episode, our titular bounty hunter returned to a haven for other Mandalorians. There, we met the Armorer (Emily Swallow) who turned an Imperial ingot into a shoulder pad. We also saw a hallway full of other, just as dour Mandalorians. We know the next and long-awaited final season of The Clone Wars will deal with the Siege of Mandalore; and we know another civil war ravaged the Mandalorians in Rebels. But we don’t know what happened to them later. What happened to the Mandalorians during the rest of the Age of Rebellion?

The once-great Mandalorians seems completely beaten down as a society. They still have their pride. They still don’t remove their helmets (ever?); other than that, they’re on the ropes. The Empire clearly messed them up something fierce. Judging by Mando’s distrust of the Client in episode one, and his people’s disdain for him doing business with the fallen Empire in episode three, the Empire is likely the reason for their complete destruction. Mando himself was a foundling; we see flashes of his past with his parents, running from Separatist droids. 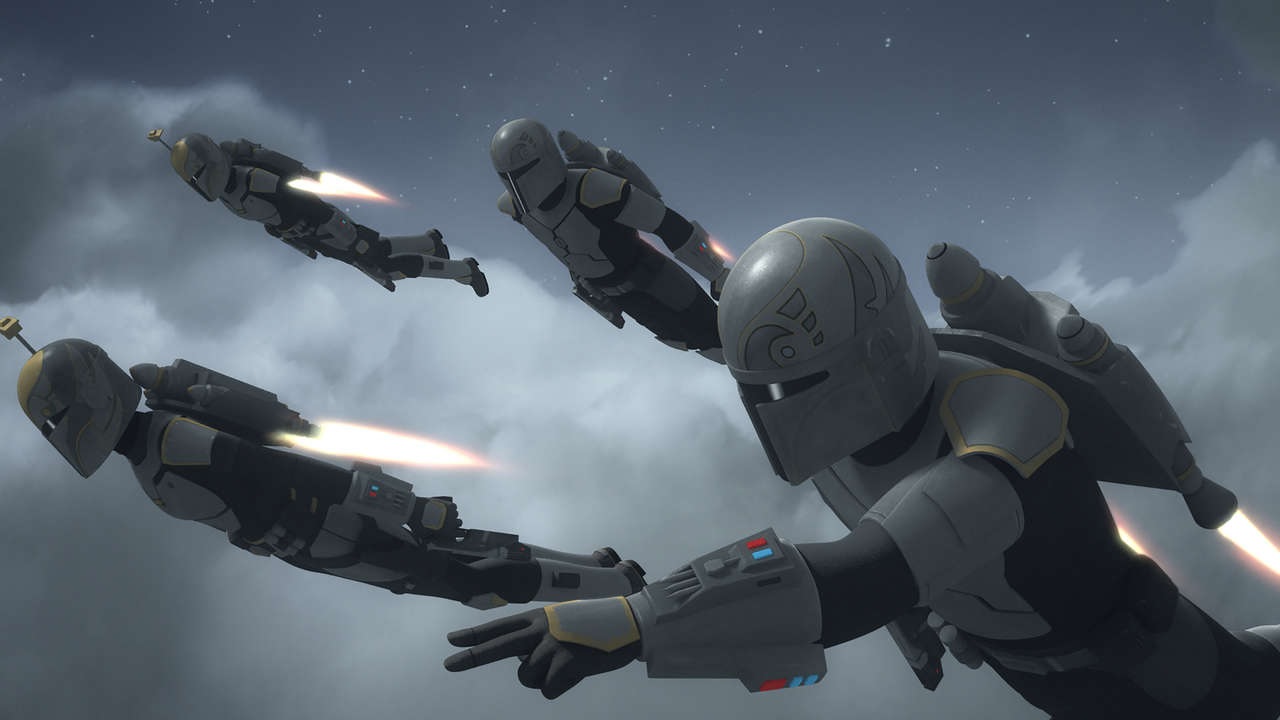 So he hates the Empire. His justifiably angry comrades hate the Empire. And even though he got a new Beskar suit of armor—and more excess Beskar to help more foundlings—the Mandalorian himself clearly wants to hit them where it hurts. And that, friends, is where our delightful little Baby Yoda (officially “the Child”) comes in. Something nefarious is in store for the force-sensitive youngling, and the Mando willingly broke the bounty hunter code to save him. That action, “the Sin” of the episode title, all but ensured his swift death at the hands of Greef Karga and associates. Except!

Already, The Mandalorian has had some exciting and impressive set pieces. From the shoot-out with IG-11 in the first ep, to the Jawa Sandcrawler siege in the second; but dear heavens, the Mandalorian’s escape to his ship has already shot to the top of the pile. And why? Director Deborah Chow gave us the first live-action Mandalorian battle. All of Mando’s steely comrades helped take on the other bounty hunters; even the heavy-artillery guy (that was Favreau as the voice) who was the most vocally against Mando’s cash-in.

There’s just truly something majestic about seeing Mandalorian warriors use their jet packs. And what’s more, it doesn’t seem like this will be the end, either. We know we’re getting another season; presumably Favreau and company will explore this great, noble race for many more episodes to come. Especially if Dave Filoni stays involved.

And, damn the Mandalorian himself looks great in his shiny new armor. Can’t wait for that action figure. And of course the Baby Yoda figure.