Did THE MANDALORIAN Reference an Old SNES Game? - Nerdist

Did THE MANDALORIAN Reference an Old SNES Game?

The following contains spoilers to The Mandalorian episode 2. We recommend watching the episode before reading. Also play an old SNES game from the ’90s.

The second episode of The Mandolorian on Disney+ is here and with it a lot of fun and intriguing moments. The episode, from director Rick Famuyiwa, played out like an extended action sequence; it had a very strong Samurai Jack vibe in a lot of ways, from pacing to style. One of the biggest set pieces involved our hero attempting to scale a massive Jawa Sandcrawler—while in motion! It’s a great sequence, and one that I couldn’t keep from equating to, of all things, a video game of my youth. 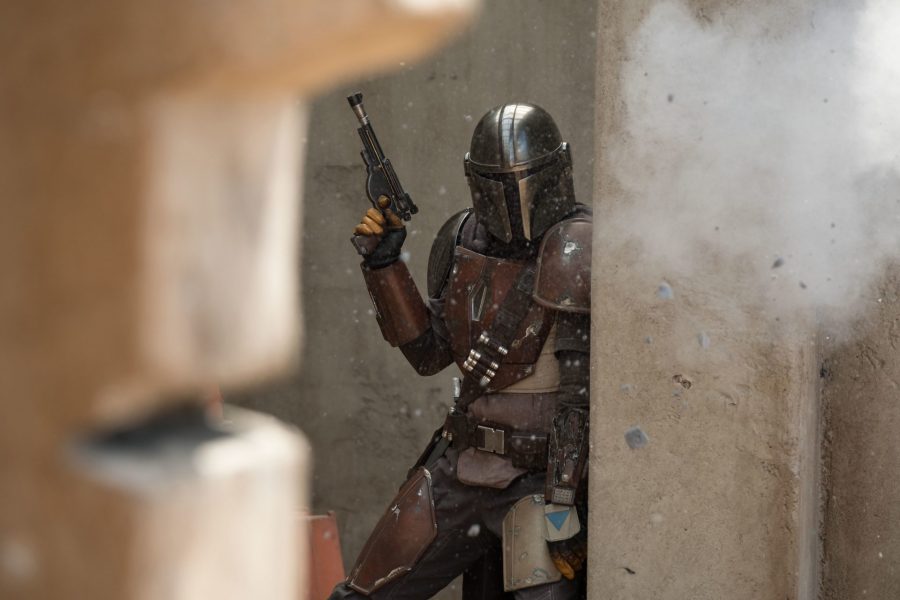 Star Wars video games have seemingly been around since before either video games or Star Wars. They’re a major part of the franchise for many fans, and LucasArts has given us some great titles. One of the first I ever played was Super Star Wars for the Super Nintendo, the 1992 game of the 1977 original film. It follows the same basic plot of A New Hope, but because it’s a game, the player must make the characters do things they never actually did in the movie. The first level, for example, finds Luke Skywalker running through the desert of Tatooine shooting Womprats and mynocks and things; eventually you have to fight the Sarlaac pit monster which pops out of the ground.

One of these levels-that-never-happened has you as Luke Skywalker scale and eventually enter a Jawa Sandcrawler to retrieve the stolen R2-D2. Even though, in the movie, Luke’s uncle just buys R2-D2 fair and also square. After a section in your landspeeder, where you must blow up 12 Jawas on speeder bikes, you reach the Sandcrawler. In a very typical 2D action-platforming way, Luke must jump from point to point, reaching ever-higher points on the massive machine. All the while, you’re trying not to fall off and have to start all over again. 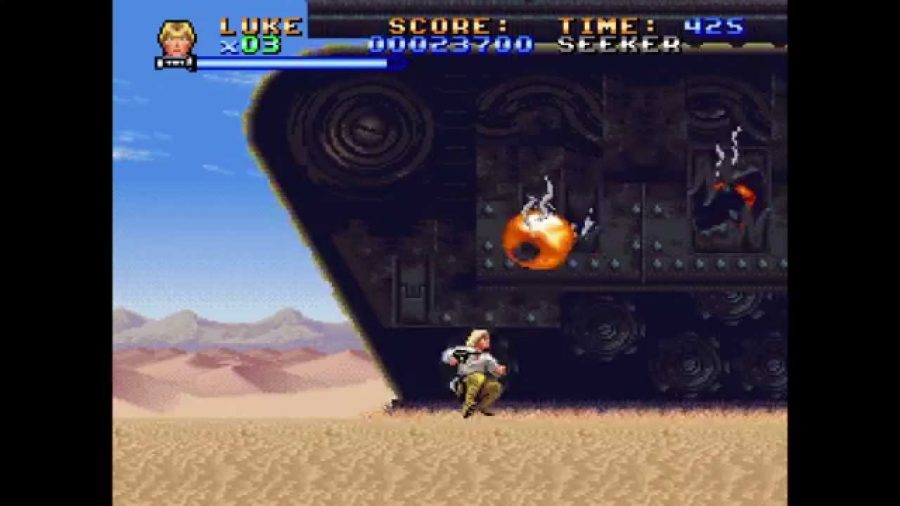 As the level progresses, Jawas and other threats pop out of hatches and little portholes and you have to shoot them. And yes, they say “Utinni” every time you kill one. This might actually be the reason anyone remembers “Utinni” as a Jawa line. Similarly, in Super Return of the Jedi, Wicket says “Yip Chaw” every ten seconds. Annoyed my brother and I to no end.

Eventually in the level, Luke reaches the top and jumps inside. This leads to the second part, where you’re inside the Sandcrawler. But our stoic Mandalorian never gets that chance; once he reaches the top of the Sandcrawler, and after killing an unspeakable number of the little junk scavengers, they zap him and he falls onto the desert floor.

Now I have no idea if writer-producer Jon Favreau ever played this game. So I can’t say for certain it’s a direct reference. But what I do know, is that entire action scene, from the look of the side of the Sandcrawler to the places where Jawas popped out, reminded me of that simple yet surprisingly difficult game from the 16-bit days of my youth.

Did you think of Super Star Wars as well? Let us know in the comments below!

New episodes of The Mandalorian drop every Friday on Disney+.