No emotional experience quite compares to the surprise appearance of a Pikachu. If you weren’t aware that he’d pop into Katy Perry’s new music video, you’d feel shocked to see him. But also delighted! And a little bit stymied. Maybe somewhat nostalgic? And perhaps a touch of doomed… Hey, don’t ask me why—I’m not a therapist. Just someone careening over the sight of a Pokémon being serenaded by a pop star like it’s no big thing.

Pikachu and his retconned pre-evolution form Pichu do indeed show their adorable faces in Perry’s latest video. Appropriately, the featured song bears the title “Electric,” and releases as part of a compilation album celebrating Pokémon’s 25th anniversary. Take a look at the video right here.

Director Carlos Lopez Estrada helmed the music video, shot in Hawaii. If that name sounds familiar, it’s because he also directed this year’s Raya and the Last Dragon. “Electric” was composed by Perry, The Monsters & Strangerz, Jon Bellion, and Bruce Wiegner. 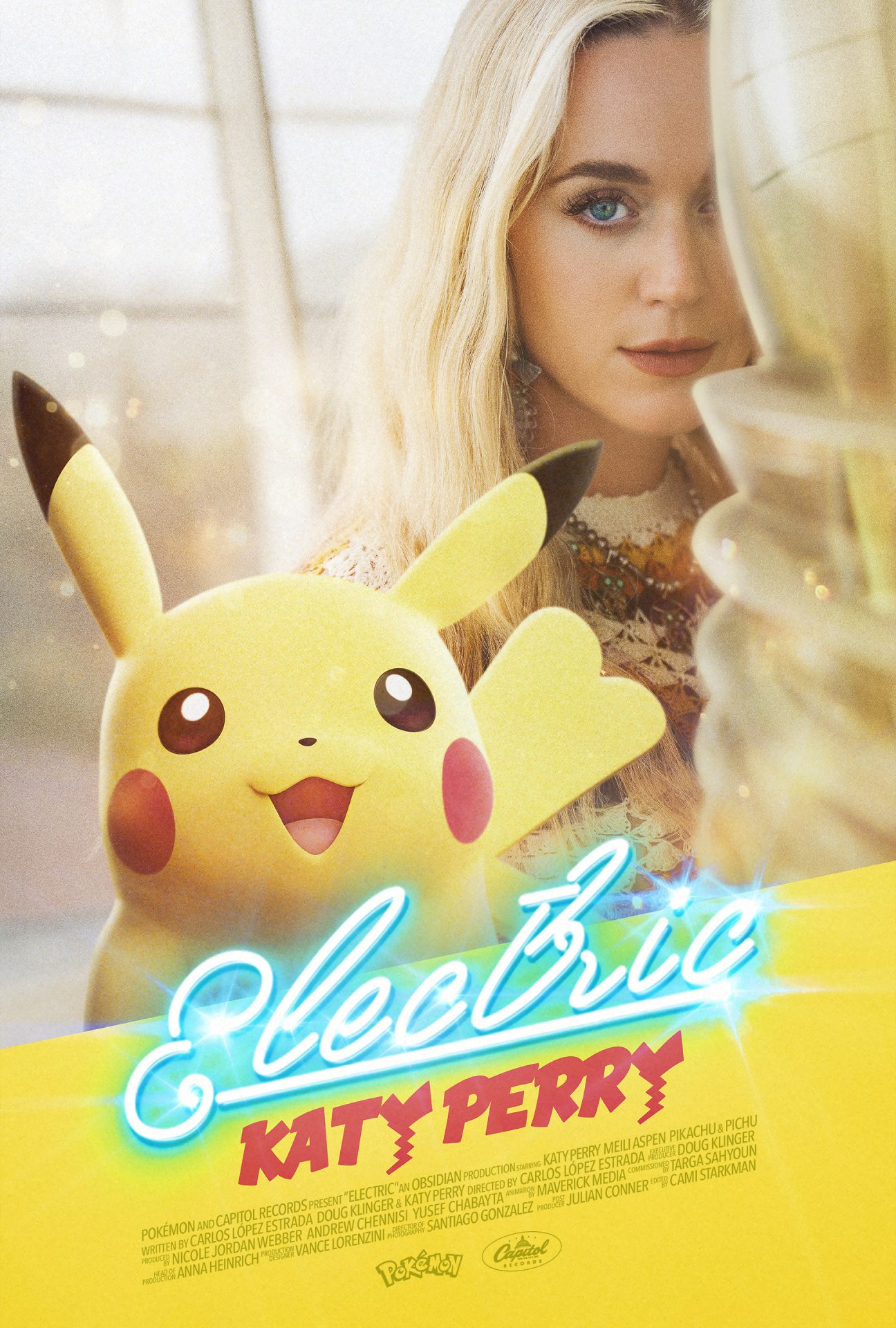 Along with the release of the above number, a new line of relevant merchandise also becomes available for purchase. The line, which you can take a peek at here, includes T-shirts, sweatshirts, and tote bags. From the press release:

The official video for “Electric”…follows Katy and Pikachu as they take time out to enjoy nature and reflect on how they have evolved over the years. After a day of exploring, the pair stop at a lighthouse to meditate. Falling into a reverie, they’re taken back in time to the earliest days of Katy’s career. Thanks to encouragement from her friend Pichu, Katy goes from busking at a farmer’s market to her first club performance.

As for the rest of the compilation project, Pokémon 25: The Album will officially release for purchase in fall 2021.