Ever since Disney bought Fox, people have been wondering just when the heck Deadpool 3 was coming. Or, in other words, when the heck Deadpool was officially joining the Marvel Cinematic Universe? Well, in a very unexpected way, he just has. In a new promotion for the upcoming Ryan Reynolds movie Free Guy, Thor: Ragnarok favorite Korg joins the Merc with the Mouth for the first MCU/Deadpool crossover.

Together, the two make a “reaction video” parody video, where they watch the trailer for the movie, and snarkily comment along. You can watch the full hilarious Free Guy “reaction video,” featuring the voices of Ryan Reynolds and Taika Waititi, right here.

And here, we all thought that Pietro in WandaVision was going to be the first X-Men universe/MCU crossover. But nope, it was this promo video for a non-Marvel based film. So of all the MCU characters who could have interacted with Deadpool first, why Korg? Well, the voice of Korg, Taika Waititi is actually in Free Guy. So that’s your answer right there.

In his trademark fashion, Deadpool finds a way to mock not just the movie he’s there to promote, but also the recent success of the MCU on Disney+.  He even takes shots at Deadpool 2. And he cracks a joke that Free Guy is just something leftover from a “fire sale” after Disney bought 20th Century Studios from Fox. Ouch. There might be a little truth to that wisecrack. It still looks like a fun movie regardless of said Fire Sale though. 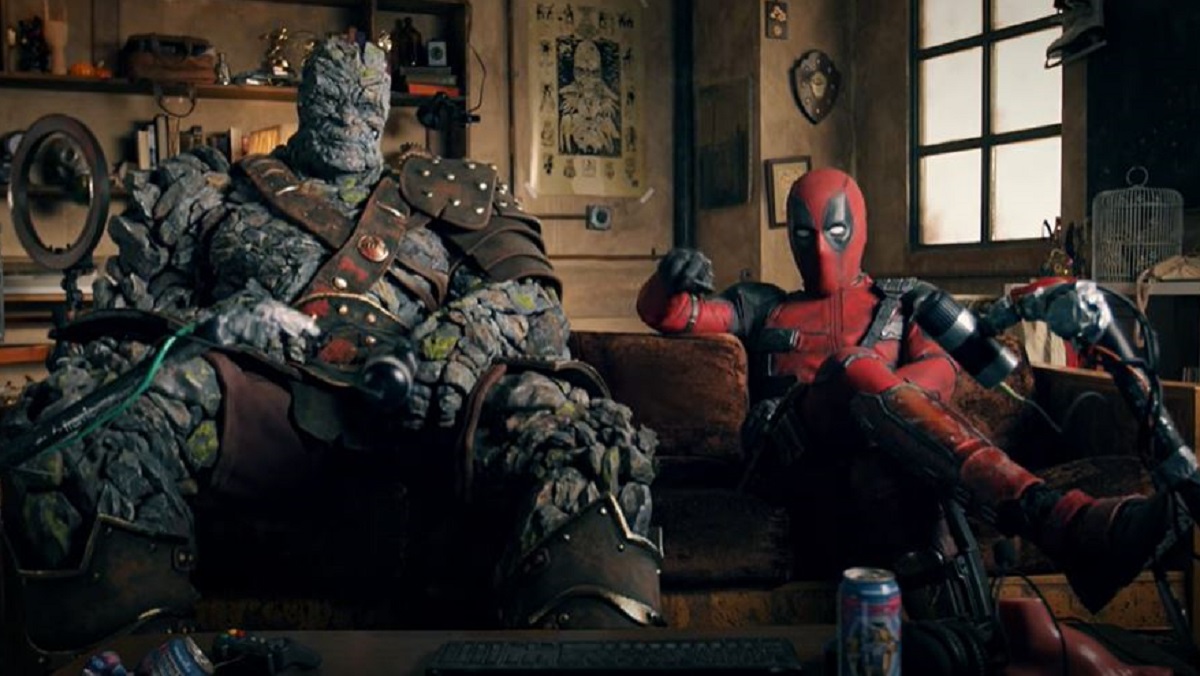 In any event, this actually makes us long for an official Deadpool/Korg meeting on the big screen. At some point, Deadpool 3 is going to be a reality. Why not team him up with a bunch of random minor characters from the MCU? Korg can be there. Maybe resurrect the Warriors Three from the Thor franchise. They really deserved better.