Josh Gad Reunited the BACK TO THE FUTURE Cast - Nerdist

Josh Gad Reunited the BACK TO THE FUTURE Cast

As did director and super fan J.J. Abrams who had some questions for the BIIF crew. And they were all serenaded by the starts of the Back to the Future musical. And as an added bonus Claudia Wells, the original Jennifer Parker also stopped by with a special message.

Josh Gad is truly making our nostalgic dreams come true. After reuniting the cast of The Goonies for a special fundraiser, he’s back at it again. This time he’s put his energy towards reuniting the Back to the Future cast. We couldn’t be happier!

After the barnstorming debut of his new Youtube series Reunited Apart, Gad is returning with another cult film. Robert Zemeckis’ beloved time travel film is a stone cold classic. Gad will be bringing back original cast members Christopher Lloyd, Michael J. Fox, and Lea Thompson. Though the announcement doesn’t confirm, we wouldn’t be surprised to see Zemeckis make an appearance. It might sound too good to be true, but after Gad landed Steven Spielberg and Richard Donner we don’t put anything past him. 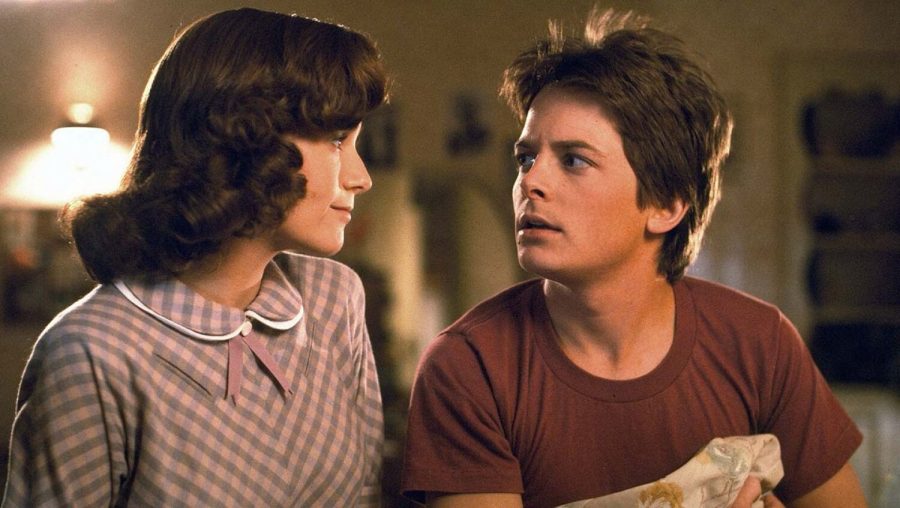 So, what can viewers expect? Well, The Goonies reunion featured reminiscing and classic scene reads. Spielberg even gave some thoughts on the possible sequel. Whether we’ll get the same this time around is unclear, but we’ll definitely be tuning in. It’ll be great to see the team back together, especially when we all need a little happiness in our lives. We can definitely picture some iconic moments we’d love to see brought to life. Many fans will surely want to know if the series is planning a reboot or remake and Gad will almost certainly ask.

It’s been nice to see creators coming together to take advantage of this strange new status quo. Reunited Apart is a great example that has so far brought together two of the most iconic ’80s movies casts ever! The next installment will air on Josh Gad’s YouTube channel on Monday, May 11, at 9:00am PT/12:00pm ET and will once again be in aid of Disaster Philanthropy. Now the big question is what film will get the Reunited Apart treatment next?