PROP CULTURE Is About to Be Your Newest Disney Obsession - Nerdist

PROP CULTURE Is About to Be Your Newest Disney Obsession

Have you ever wondered what happens to the props from your favorite Disney movies? Or how these famous props came to be? Well, look no further for the answers. Disney+ announced a brand new show for the prop enthusiast, Prop Culture (via Slashfilm). Follow film collector Dan Lanigan as he hosts the new show where he—along with some special guests—explores the sets, costumes and props from some of Disney’s most beloved movies.

For example, Christopher Lloyd will stop by to talk about Who Framed Roger Rabbit. He portrayed the film’s villain, Judge Doom. You can see him the trailer:

The show tracks down different set pieces and props from many films, including Pirates of the Caribbean: The Curse of the Black Pearl, Mary Poppins, Tron, The Nightmare Before Christmas, The Muppet Movie, Who Framed Roger Rabbit, The Chronicles of Narnia: The Lion the Witch and the Wardrobe, and Honey, I Shrunk The Kids. To add to the excitement of the eight-episode, family friendly series, all the films they showcase in the show will be available to stream on the platform when Prop Culture launches on May 1.

Lanigan has been a collector for over 20 years and has spent quite a bit of money to get his hands on some iconic pieces of pop culture. For example, he forked over $169,900 for a Ghostbusters proton pack and $270,000 for Deckard’s gun from Blade Runner. Wow.

Lanigan told People, “I believe that movies have the magical power to take us away from our everyday troubles to the most amazing times and places. Part of that magic still resides years later in the ‘prop artifacts’ left over from the filmmaking process. Whether it’s Mary Poppins’ carpet bag, Jack Sparrow’s pirate sword, or even an original Sally puppet from The Nightmare Before Christmas, these rare ‘working art’ pieces are special only because the films they remind us of are an important part of our culture’s collective memory.” 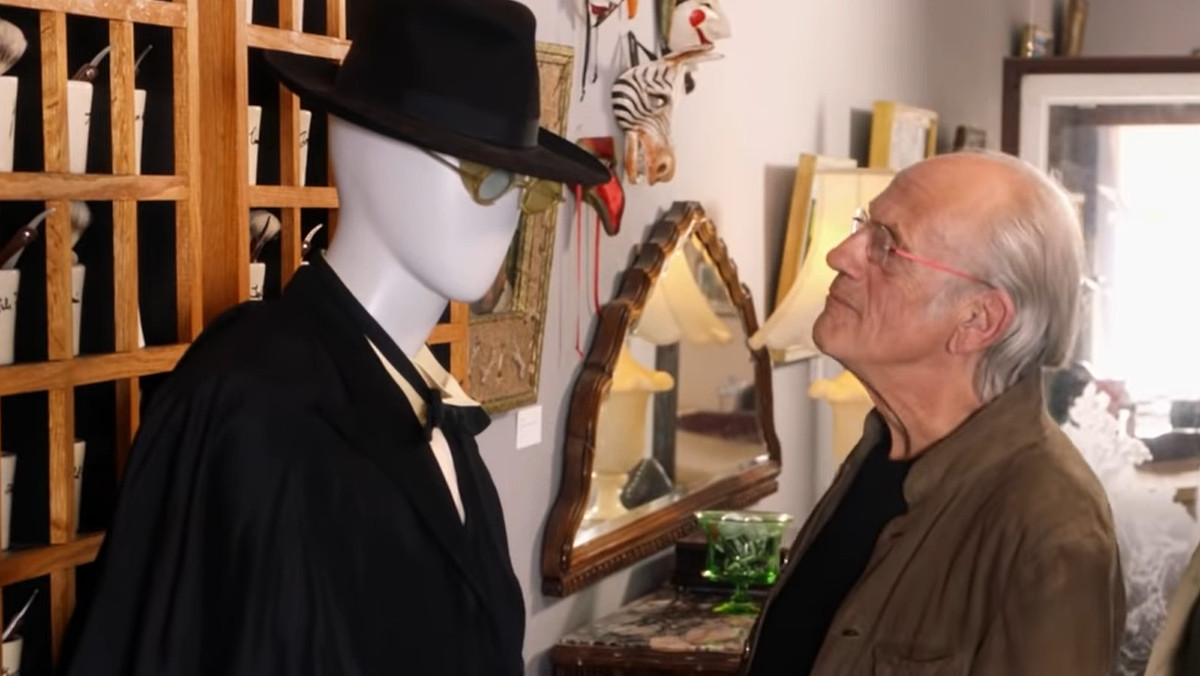 Each episode will follow Lanigan as he tracks down important pieces from Disney films. Oftentimes he talks with the creators of the pieces. So get ready pop culture fanatics. Prop Culture will premiere on Disney+ on May 1.