The Goonies is one of the ultimate nostalgia flicks. Filled with friendship, pirates, treasure, and scary, gun-toting, cursing bad guys who could only have existed in an ’80s kids movie, the film has long been deemed as a stone cold classic. Though there have been many rumors about a potential sequel, reimagining, or reboot, during this strange time, Josh Gad achieved something even better… a true Goonies cast and crew reunion to raise money for Disaster Philanthropy!

The massive reunion included the core cast of kids: Sean Astin, Jeff Cohen, Corey Feldman, Jonathan Ke Quan, Josh Brolin, Martha Plimpton, and Kerri Green. That stellar group was then joined by the villainous Fratelli brothers: Robert Davi and Joe Pantoliano. But that wasn’t all as screenwriter Chris Columbus, executive producer Steven Spielberg, and director Richard Donner joined the virtual chat, too. Gad even got Cindy Lauper who sang the classic theme song, “The Goonies ‘R’ Good Enough” to come along for the ride.

Steven Spielberg shared his feelings about those reboot rumors, explaining that while it’s still always on the minds of the people who created the beloved movie, the one thing stopping the creative team is just how great the original is. “Every couple of years, we come up with an idea, but then it doesn’t hold water. The problem is the bar that all of you raised on this genre, I don’t think we’ve really successfully been able to find an idea that is better than The Goonies that we all made in the ’80s.” 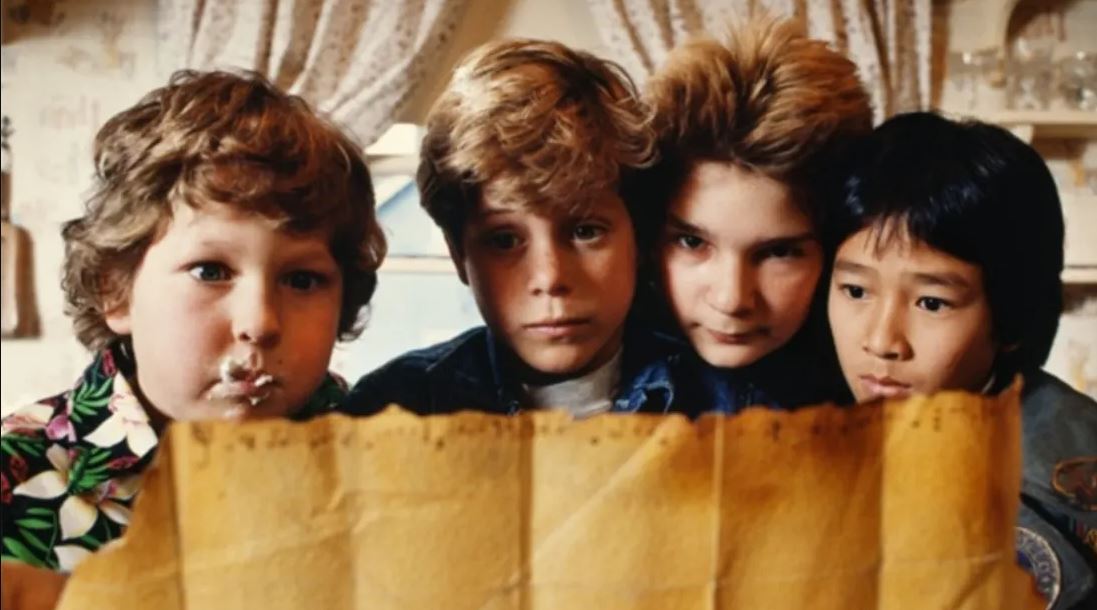 If you love the classic movie then you have to check out the chat where the cast reenact the iconic wishing well sequence as well as a couple of other choice moments! Gad revealed this will be the first part of a new fundraising series he’s creating in response to the COVID-19 crisis called Reunited Apart which will reunite cast and crew from classic films via the magic of technology!