Researchers who undertook an expedition to drill into the sea floor near the South Pole have found clear evidence of the existence of an ancient rainforest in the area. An ancient rainforest that covered much of Antarctica during the mid-Cretaceous period—roughly 90 million years ago—and spent four months out of the year sunken in darkness.

The findings of the research expedition were published in the journal, Nature, and give a shockingly clear picture of the bizarro antarctic environment. There’s also the illustration (immediately below) of what kind of ecosystem was most likely prevalent, which makes said ecosystem look like a scene directly lifted from Jurassic Park. No surprise considering the mid-Cretaceous is a period when dinosaurs weren’t only alive, but “at their most diverse stage.”

According to Vice, the lead author of the paper, Johann Klages (yo-han claw-gus), a geologist at the Alfred Wegener Institute Helmholtz Centre for Polar and Marine Research, said on a phone call that “[This core sample] is definitely the southernmost Cretaceous evidence ever recovered on the planet.” The core Klages and his team extracted was taken from sea floor in West Antarctica, approximately 560 miles away from the South Pole. 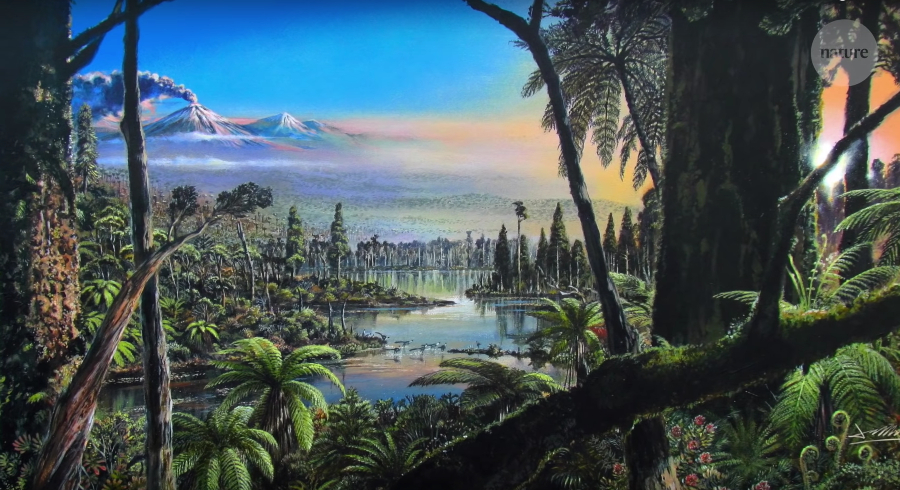 An illustration of the mid-Cretaceous Antarctic rainforest by J. McKay. Nature

Inside the roughly 10-foot-long core, extracted in 2017, Klages and his team discovered a fossilized root network from the ancient temperate rainforest. In the visualization immediately below, the yellow strata of the core sample represent sandstone; in green is the intertwined root network of the ancient rainforest. Klages says that the heavily connected root network is “pristinely preserved” and is more or less indistinguishable from one you’d find if you were to drill into modern-day forest ground.

On top of the pristine root network, the core sample also contains fossilized pollen and spores from the same period of time, which helps to clarify parameters of the antarctic environment during the mid-Cretaceous even further. Klages says in the video up top that the mean temperature of this environment was probably on par with northern Italy, and would’ve been an ideal location for insects and dinosaurs. 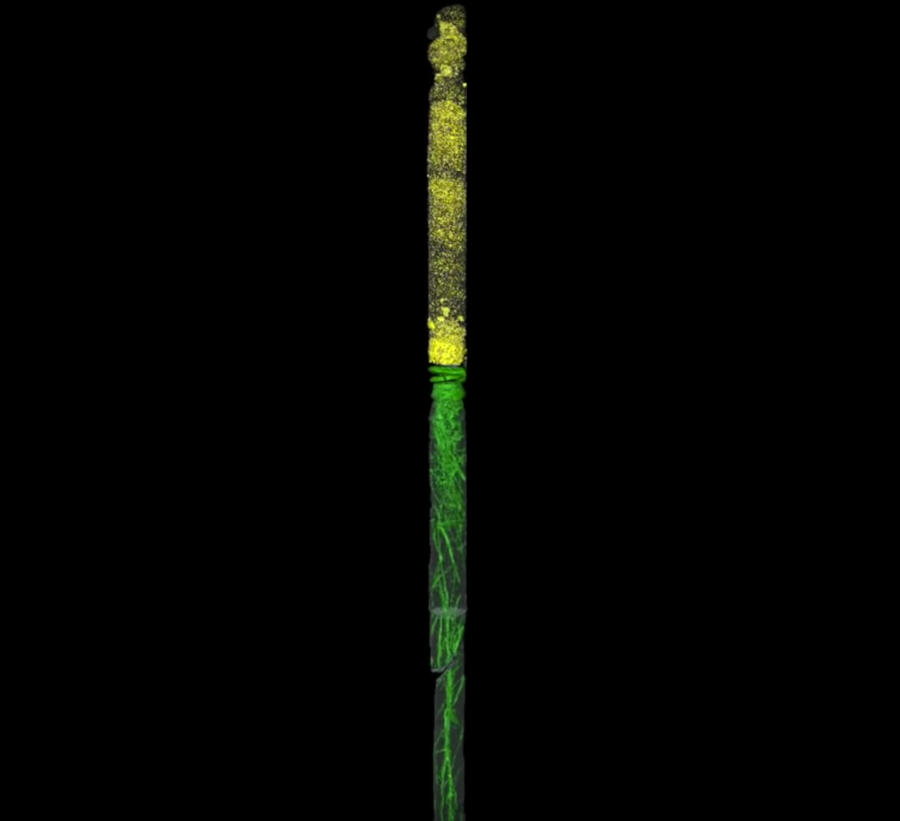 A visualization of the core sample. Note the green lines represent the forest’s root network. Nature

Due to polar night, the phenomenon that sees the northernmost and southernmost regions of Earth plunged into darkness for months at a time thanks to the tilt of Earth’s axis keeping the sun below the horizon for more than 24 hours at a time, this ancient rainforest also somehow thrived for long stretches without the warmth and energy that the rainforests of today receive.

As far as how a rainforest was able to survive in an area now frigid and covered in ice, that’s all about our good ol’ frenemy, CO2. According to the paper, for an environment like this to arise at this latitude, there must’ve been 1,120–1,680 parts per million of CO2 in the atmosphere. For reference, there are just over 400 parts per million of CO2 in our current atmosphere, although that number is obviously rising thanks to human-driven climate change. 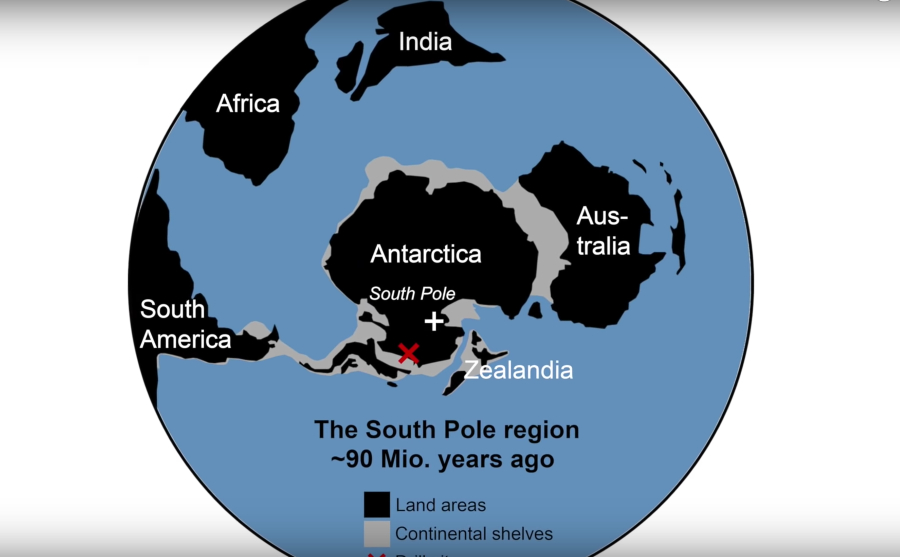 The red X marks where Klages and his team extracted the core. Nature

A climate model simulation generated by Klages and his team show that this environment would’ve only been possible with that exceptionally high amount of CO2 in the air, as well as a vegetated surface, however. Meaning that even if we took those super-high CO2 levels and applied them to our modern world’s environment, it still wouldn’t heat up to those mid-Cretaceous temperatures thanks to our ice sheets and the fact that they reflect sunlight, and hence heat, from Earth’s surface. All the more reason to keep our ever-endangered ice sheets intact for as long as possible.

What do you think about the idea of Antarctica as a temperate rainforest? Are you shocked to hear that it wasn’t always icy at Earth’s poles? Let us know in the comments!