A promo without any show footage could be hiding a major moment from Game of Thrones final season in plain sight. When the soldiers of ice meet the followers of fire in an epic showdown, the outcome will determine who wins the Great War.

HBO has gone wildling less than two weeks before the premiere of Game of Thrones‘ final season. The network released a terrifying new teaser of an empty Winterfell, and a creepy poster with all the remaining characters dead. These aren’t the season’s first ominous promos though. The earliest teaser was a map of Westeros, in which the northern half was consumed by ice as fire came up from the south to meet it in a monstrous clash. It was moody, haunting, and set an unsettling tone for what’s to come when the armies of the living and the dead meet.

But even without any show footage, it also might have revealed a real, major moment from the final season, one that two other theories also point to.

Back in January we explained all the reasons we expect House Stark’s ancestral home would fall in the final season, and everything we’ve seen or learned about the show since has convinced us that calamity will happen. The official season eight trailer, which features a terrified Arya being chased by an unseen threat, is a terrible sign for the living. As is the unsettling new promo that shows the castle covered in snow and ruled by the Night King.

It has also become clear the record-breaking Battle of Winterfell will happen in the season’s third (of six) episodes. If Winterfell falls at the halfway point of the season, the survivors (who might be a very small number) will have to flee south, as ice continues to move further down Westeros, just like in did in the map promo. 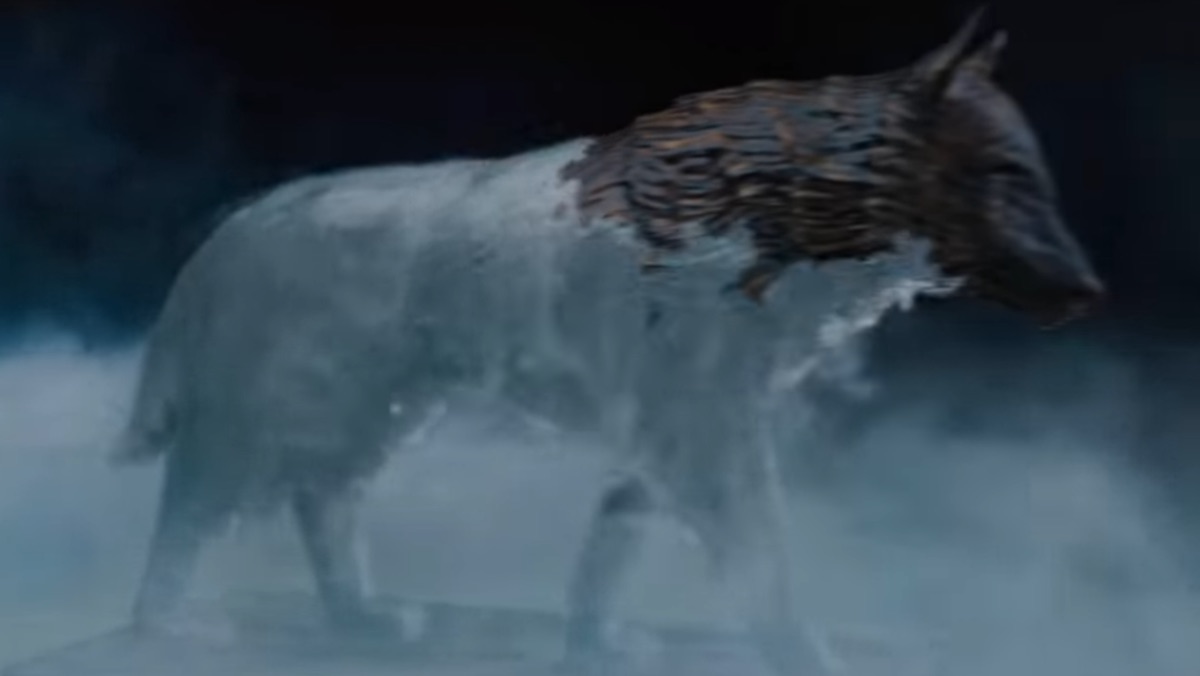 But where would they flee to? Cersei is waiting for whatever army comes to King’s Landing and has no interest in helping those make it out of Winterfell. What kind of reinforcements could those stragglers expect as they travel south?

Theory 2: An Army of Red Priests and Priestesses

From the moment Melisandre told Varys in season seven she was leaving for Volantis, but would return one day to die in Westeros, we’ve thought she would come back with some fiery help. Volantis is a rich and powerful port city in Essos (which you can read all about with our History of Thrones series), but was only seen briefly on the show in a few episodes. However, while Game of Thrones didn’t make a big deal about Volantis itself, it has spent a lot of time on an important group of people who live there.

Volantis is home to thousands and thousands of fanatical followers of the Lord of Light. They believe Daenerys Targaryen, Mother of Dragons is the promised prince who will save the world from darkness. We saw a red priestess preaching exactly that message to a rapt audience when Tyrion and Varys were in Volantis. In her final moment she gave an uneasy, doubting Tyrion a dark and knowing look. 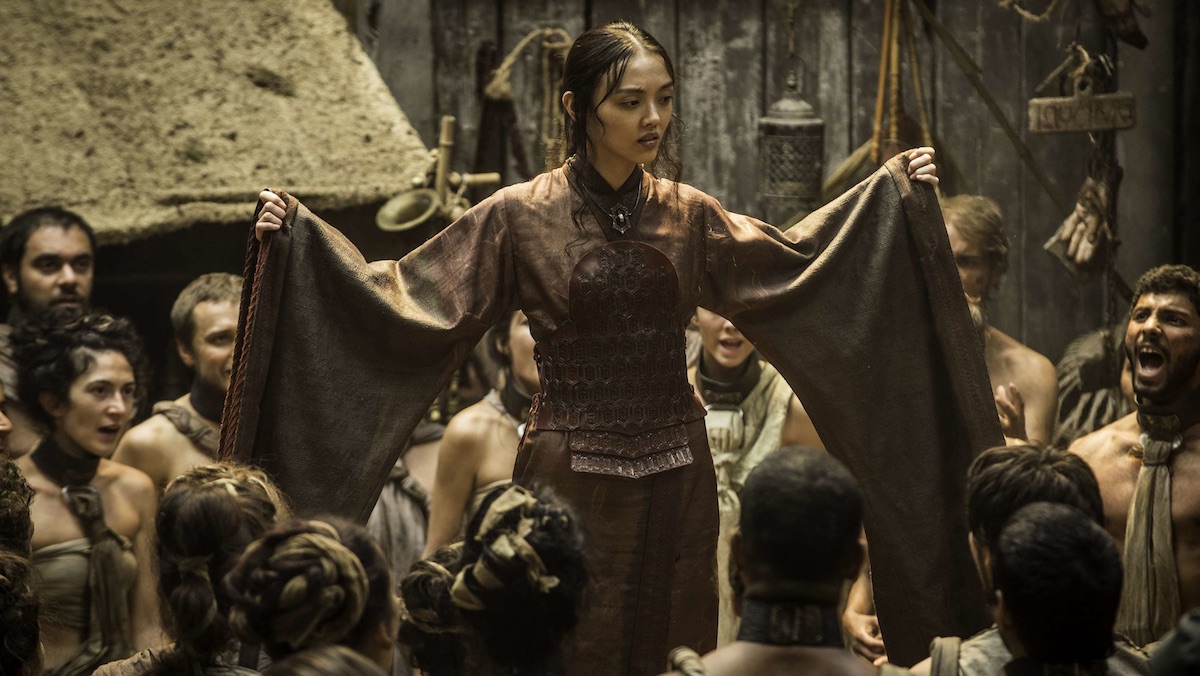 She was far from the only red priestess we saw extolling Daenerys as the Lord of Light’s chosen one. In Meereen the mysterious Kinvara, who knew things about Varys no one but him should know, said she would spread the word to the people about Daenerys. We also saw two other devotees of R’hllor doing the same thing in the city. Melisandre has been the most important red priestess on the show, and we know what kind of awesome, terrifying powers she has, but she is far from the only one.

Why did the show spend valuable time on this group of fire-loving clergy and their love for Daenerys as a religious figure? Just for a very brief peace in Meereen? That seems doubtful, so what larger purpose do they still have to serve?

Theory 3: A Clash of Ice and Fire

The map promo ends with ice and fire meeting in the middle of Westeros. It’s a fitting metaphor for the two opposing forces that have spent seven seasons building to this showdown. Except, it might be far more than a metaphor. 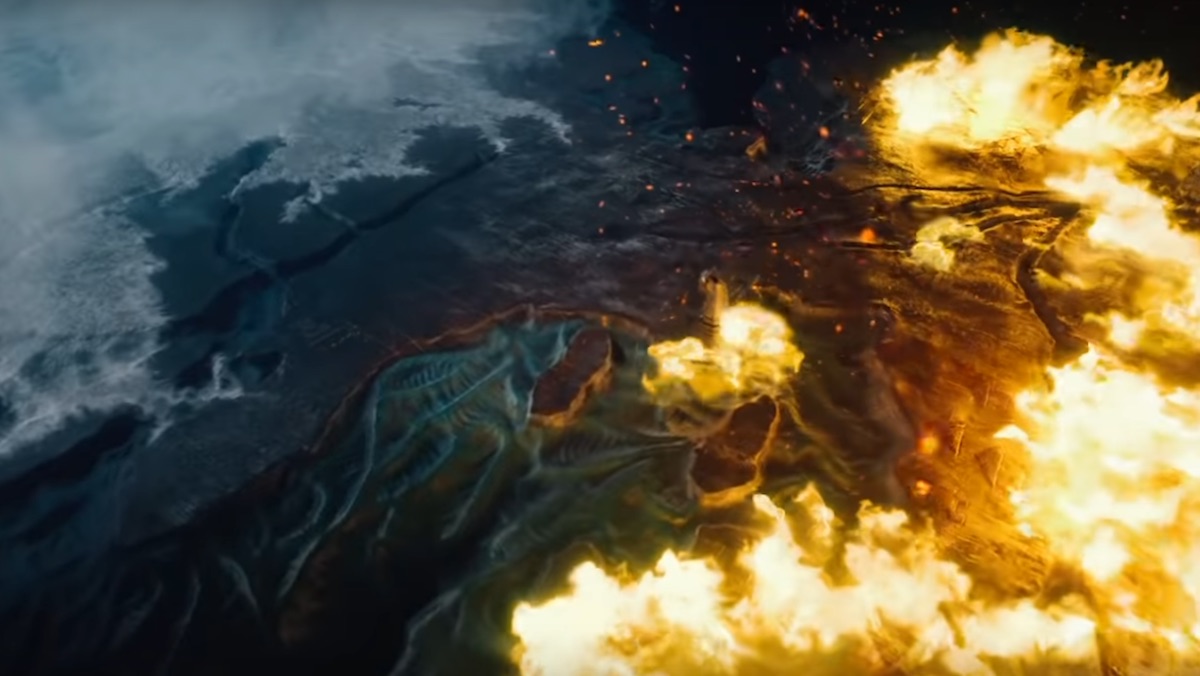 If Winterfell falls and the living retreat south, the White Walkers will consume all of the North. But rather than running toward Cersei, they could find an army of red priests and priestesses hiding in the shadows. Because when Melisandre returns from Volantis to “die in this strange country,” she won’t come alone.

Kinvara and those who serve the Lord of Light will come to fight alongside their savior. They will be the reinforcements the Winterfell survivors will desperately need for a clash the world has never seen before. It’s a war that could determine who rules the Realm, the living or the dead.