GAME OF THRONES Season 8 Teaser Hints at a Big Sacrifice

The eighth and final season of Game of Thrones is just around the corner, and hype levels are at an all-time high. We’re absorbing every bit of material HBO throws at us at a rapid pace, trying to discern what any of it could mean. Luckily, the seven gods have been good, and today they’ve blessed us with another teaser clip, this time showing our beloved Winterfell in shambles.

This looks more like a metaphorical promo than an actual bit of footage, sort of like our fist sneak peek of Jon, Arya, and Sansa in the Winterfell crypts. But this one might be a little more on-the-nose, foreshadowing an event that we know will happen in season eight: a battle at Winterfell between the living and the dead. The first full-length trailer ended with the White Walkers arriving at the Stark homestead, and we know from Entertainment Weekly‘s set visit that Winterfell will be the setting for one of the season’s epic battles. The wind and snow blowing over a Winterfell in ruins seems to indicate things don’t turn out well for our heroes, but this footage could also hint at something even deeper.

It ends on a shot of Longclaw, Jon Snow’s sword that was given to him by his former mentor at Castle Black, Jeor Mormont. The ancestral weapon is made of Valyrian steel, which is one of the few known materials that can kill a White Walker. Seeing it buried in the snow without Jon holding it may seem bleak, but the imagery doesn’t necessarily mean that Jon Snow is dead (again). It’s likely a symbolic way of showing what’s been lost. 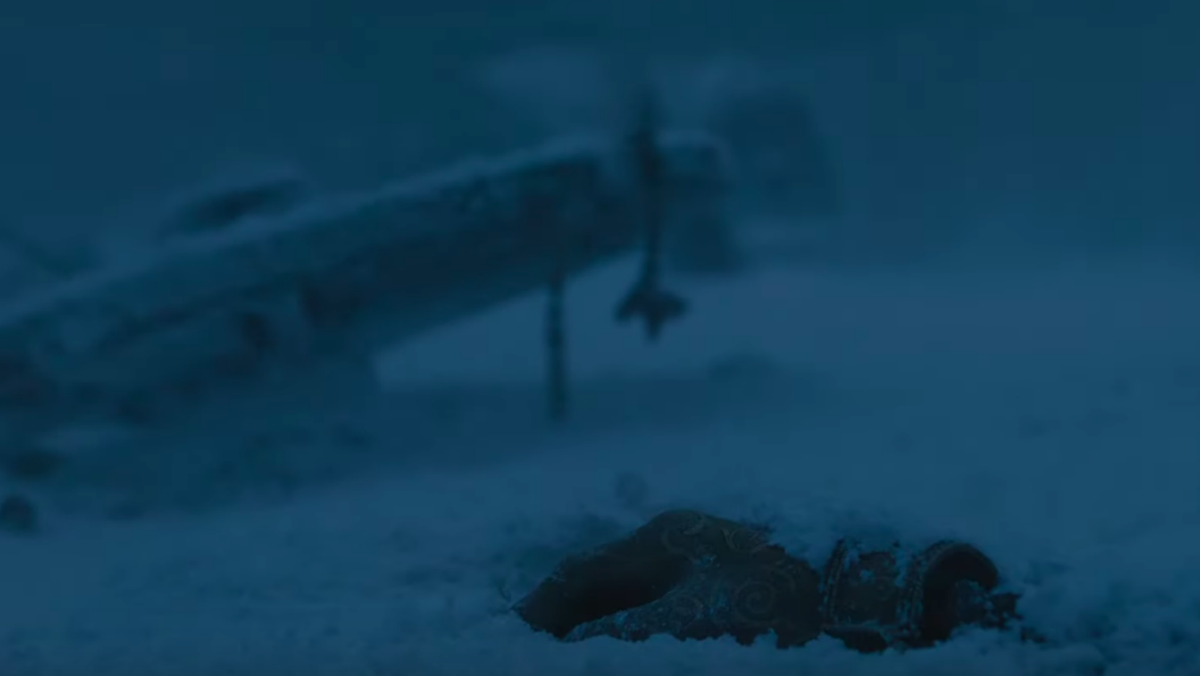 The teaser also features another lost thing: Jaime’s hand, which was severed from his body in season 3. We also get a look at a statue of Jon’s direwolf, Ghost, who has been largely absent from the show of late, as well as Arya’s sword, Needle. We even see several shots of wheels—all of them unbroken. If you’ll recall, Daenerys once gave a big speech about breaking wheels to make her mark in Westeros. Is this trailer hinting that she failed? Will Jon Snow sacrifice her, much like Azor Ahai sacrificed his lover Nissa Nissa in the last battle against the White Walkers?

There’s so much to speculate on, and so little time. Game of Thrones returns to our screens next Sunday, April 14.