Films made during the pandemic are part of many different genres. But, none have really blended the movie world with a new tech trend, Non-Fungible Tokens (NFT). But now, that’s all about to change. Vuele, a new global NFT distribution and viewing platform, launched the trailer for the new thriller Zero Contact. And it stars the amazing, Oscar-winning actor Anthony Hopkins. The movie’s trailer certainly gets us excited… And puts us at the edge of our seats. The clever use of Zoom gives an edge to the thriller. And even this teaser sends chill up our spines. It also really gives a new meaning to an urgent group chat. (Video on!)

Read the official synopsis below:

Produced in 17 different countries entirely virtually during the 2020 global pandemic, Zero Contact follows five characters based all over the world, connected only by their devotion to the late founder and tech titan Finley Hart (Anthony Hopkins).  Forced to work together to shut down Hart’s most secret invention, a machine that is either the solution to mankind’s problems or the end of life on earth.  The ensemble cast also features Veronica Ferres, Aleks Paunovic, Chris Brochu, Lilly Krug, TJ Kayama, and Martin Stenmarck. 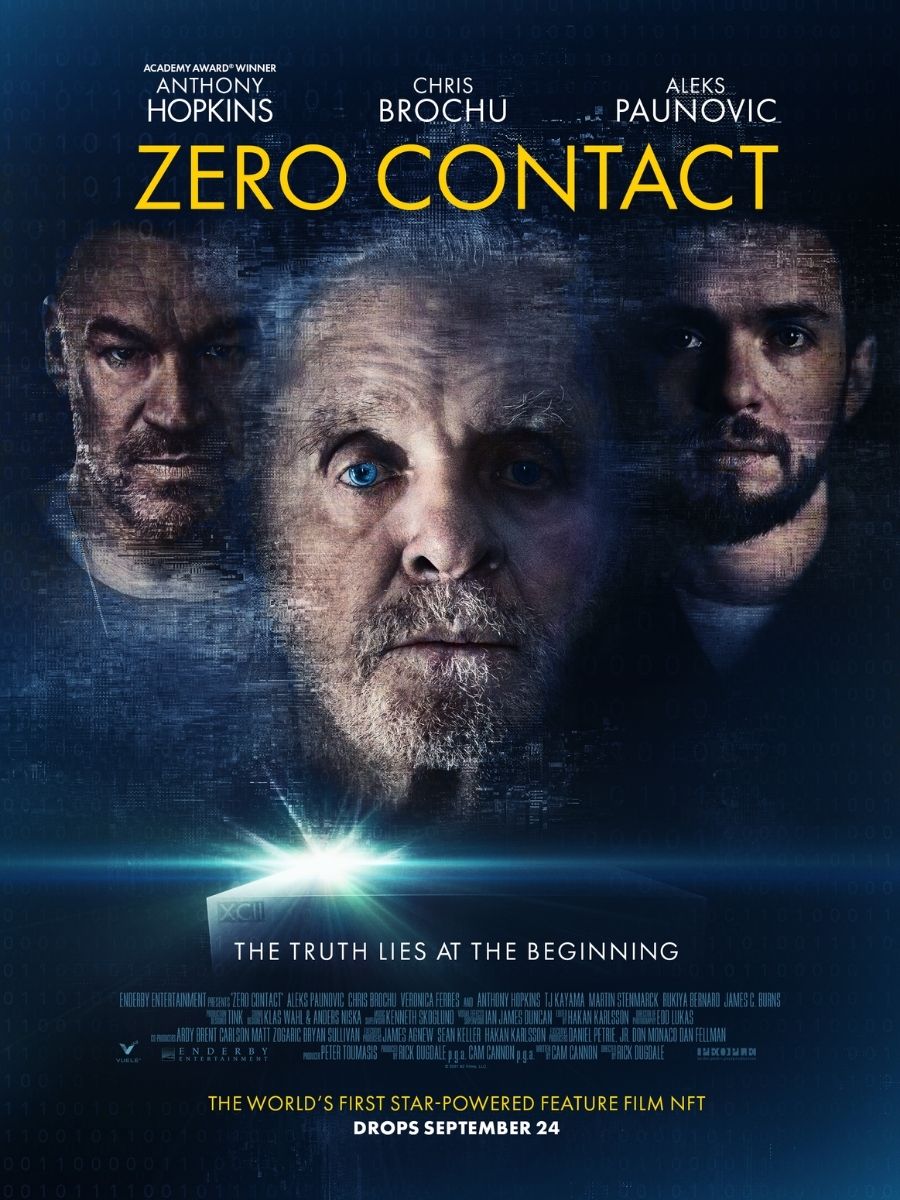 Zero Contact‘s promotional tour runs a little bit different than most. As it should be, since it’s truly one of the first NFT/movie blended experiences. Vuele says via a press release they plan on dropping new content for fans over several consecutive drops. And they include an exclusive “Platinum Edition” auction launching on September 24th. In addition, a “ Golden Ticket” sweepstakes launching today will offer 100 early NFT fans each week a chance to score NFT bundles just for signing up at the Vuele.io site.

First-time feature film director Rick Dugdale (who produces the film as well) says via a press release that “Everything about this film is unconventional, from the way we shot the film using Zoom and remote production to its distribution on the first global NFT platform. We’re thrilled to bring a film of this magnitude with the star power of Anthony Hopkins as our first release on VUELE.”

Fans can sign up at Vuele.io to receive notifications on upcoming auctions and bidding opportunities. We’re certainly curious to see how this NFT movie plays out and what impact it will have on the film distribution world. And hopefully, none of our Zoom calls ever end up this intense. We’re not sure we could handle the pressure… Especially not if we’re still in our pajamas.