Tested host Adam Savage is just like all of us. After two years of sighing at the cosplay closet, Savage seems positively giddy to return to cosplay and conventions. In a video we first saw on Laughing Squid, Savage suited up and returned to the convention floor recently. Appropriately, he appeared at SiliCon with Adam Savage. And, of course, in true Savage fashion, his cosplay is amazing. He went incognito at the convention, as he’s done in the past, and this time it was in an Iron Man Mark 1 suit of armor. 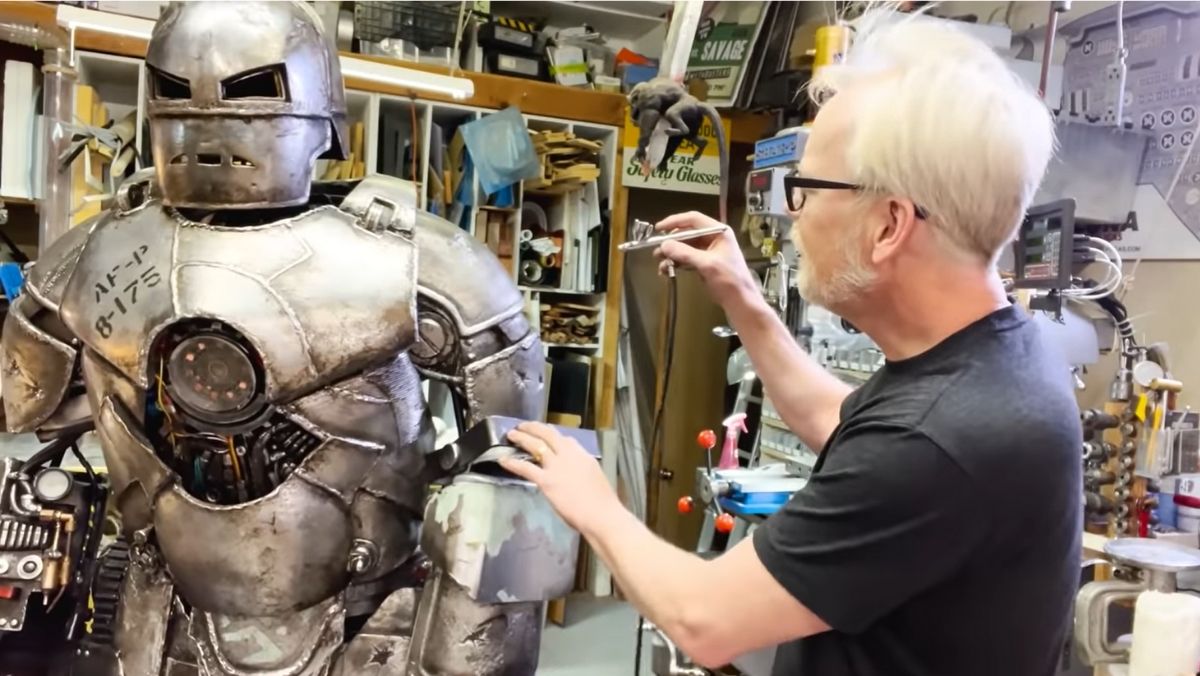 The former MythBusters host wore an Iron Man Mark 1 build he’s been working on since 2010. In fact, Tested has an entire YouTube playlist dedicated to this particular build. And back in April, Savage finally painted the suit. The maker unveiled the Iron Man Mark 1 armor during a stroll through SiliCon.

Yeah, he makes some expert-level cosplay. But since Savage has walked around conventions in disguise for so many years, fans easily spot him now. As you can see by the video, they recognize him even through a helmet that entirely covers his face. And fans absolutely love it.

However, this isn’t the only Iron Man suit he’s constructed. Savage once built an Iron Man suit that flies. But that probably wouldn’t be the easiest to show off on a convention floor. However, The Revenant bear suit proved a challenge to wear at a convention too, yet fans responded to it in 2016. Basically, if a costume looks amazing, and you can’t see who’s wearing it, there’s a high chance of it being Adam Savage.

But sometimes, he can fool everyone. Just a day before wowing everyone with The Revenant cosplay, he walked the same convention, completely unrecognized, as Kylo Ren. The year prior, at New York Comic Con 2017, Savage dressed as Moonwatcher from 2001: A Space Odyssey. And nobody knew! With more events and conventions slowly returning, we can’t wait to see what cosplay Savage will wear next.