I think NFTs are one of the dumbest things in the world. And before you say, “That’s because you don’t understand what they are,” it’s actually the opposite. I think they’re stupid because I know exactly what they are. And that’s a way for rich people to waste a whole bunch of money buying something that isn’t real, yet is still destroying the environment. But just because something is dumb doesn’t mean it can’t be used for good. That’s what one of the Internet’s favorite memes just did. “Disaster Girl,” the young lady who famously smirked in front of a burning home, just sold her own NFT. And she used the funds to pay off her student debts.

The New York Times reports (in a story we first heard about at Variety) that 21-year-old college senior Zoë Roth—forever etched in our memories as the devious little four-year-old girl who may or may not have committed arson almost 16 years ago—has cashed in on the latest fad. She auctioned off that famous photo as a non-fungible token. The sale netted her a cool $500,000 in the cryptocurrency Ether.

She even kept the copyright, which will get her 10% of any future sales. That’s a much better deal than burning down a home to collect the insurance money. (Not that she did that. We think.) 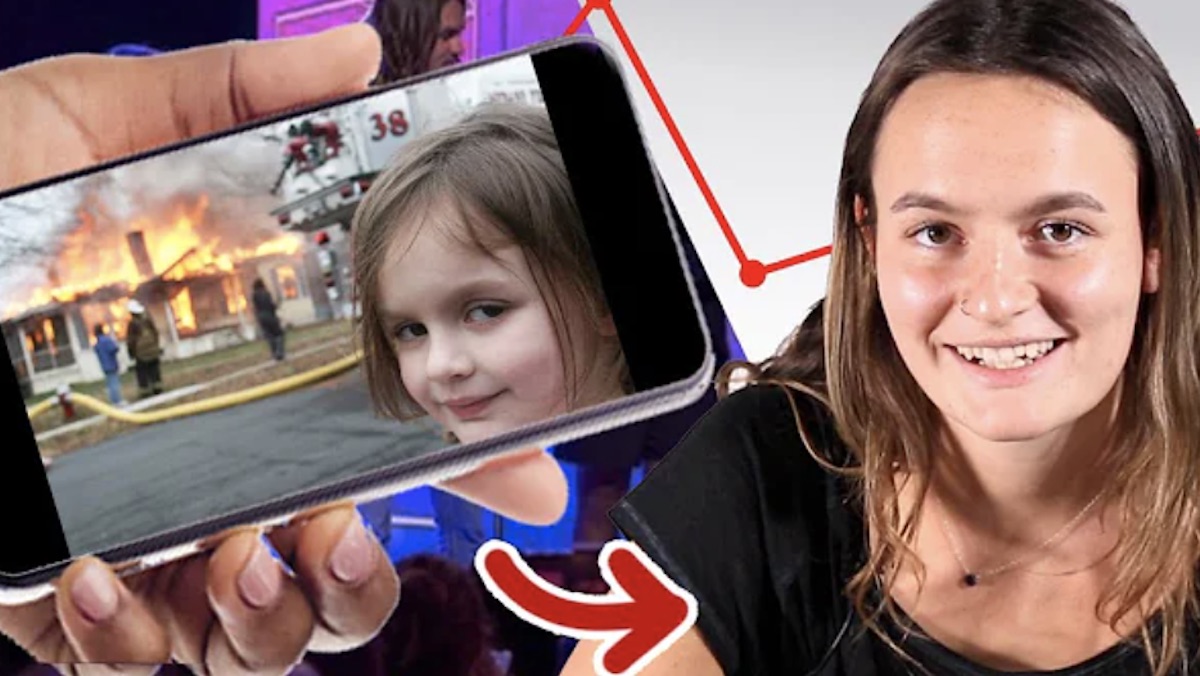 Typically a story like this would make me want to go live in Dexter’s cabin. With Dexter. But Roth has given the internet so much joy. It’s nice to see her actually get something back from the world wide web. Especially because she used the money to make a charitable donations and pay off her own student debts. Whenever one of the dumbest things in the world can be used to pay off another stupid thing like student debt, that’s a good thing.