A Wooden Satellite May Enter Orbit in 2021 - Nerdist

A Wooden Satellite May Enter Orbit in 2021

In December of last year, Kyoto University and Japanese logging company, Sumitomo Forestry, said they aimed to have a wooden satellite in space by 2023. Now, a pair of Finnish companies say they want to have a wooden satellite in orbit around Earth this year! And they’ve already used a big balloon to send it 18 miles into the air for a test flight.

Mashable reported on the new entry into the wooden-satellite game. The two Finnish companies, Arctic Astronautics and Huld, have teamed up with the forest industry corporation UPM Plywood for the mission. Apparently, logging companies are looking to space to grow their markets.

The wooden satellite Arctic Astronautics and Huld aim to send to space carries the moniker, WISA Woodsat. (WISA is special type of birch plywood with a high-friction coating.) The WISA Woodsat is a nanosatellite, which measures just 4×4 inches, and weighs only 2.2 pounds. The image in the tweet above offers a sense of scale for the tiny satellite.

“WISA Woodsat will go where no wood has gone before,” the Finnish companies said in a press release. “With a mission to gather data on the behavior and durability of plywood over an extended period in the harsh temperatures, vacuum and radiation of space in order to assess the use of wood materials in space structures.”

The tiny satellite will have two cameras. One of which will be attached to a selfie stick of sorts in order to allow the CubeSat to photograph its plywood surface and how it changes in space. The photos will also, of course, allow for some amazing pictures. Although the companies stress this is a serious test of wood as a space material.

“The wooden satellite with a selfie stick will surely bring goodwill and raise smiles, but essentially this is a serious science and technology endeavor,” Jari Mäkinen, WISA Woodsat mission manager, said in the press release. Another project participant added in the statement that plywood carries a “profound” message in the space sector. One that signals “replacing fossils with renewable…materials” in demanding applications. 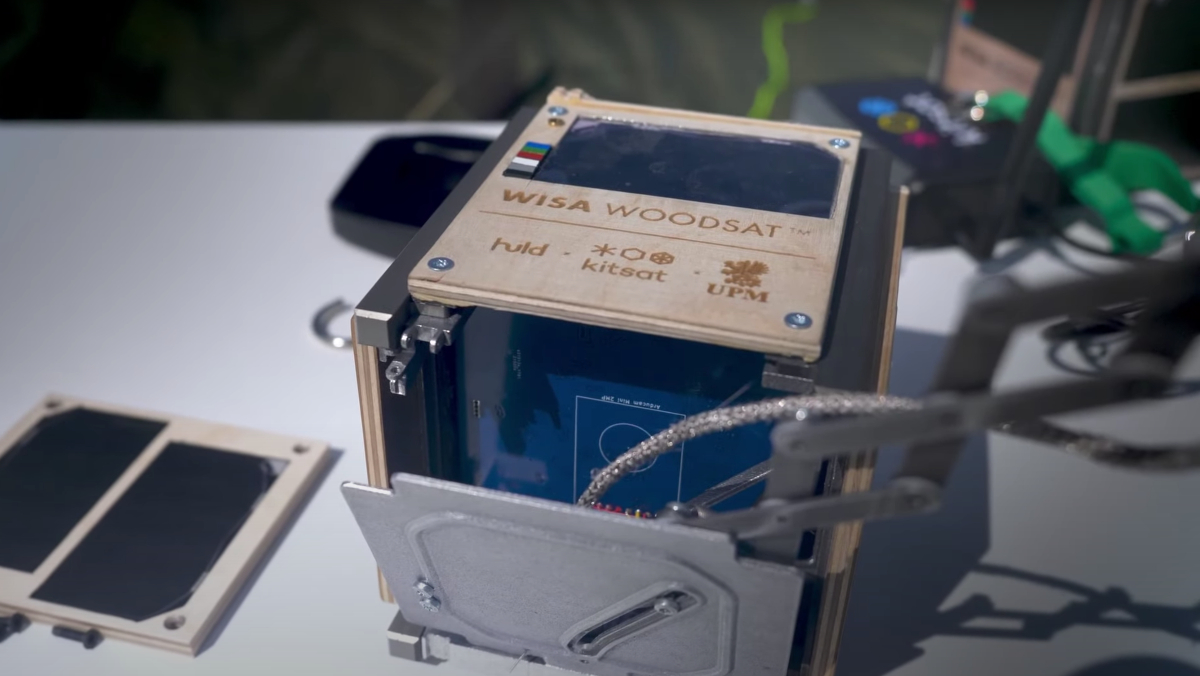 As for the timeline for the mission, the most the companies can say at this point is launch will be later this year. The Finnish companies are teaming up with Rocket Lab, a private, American aerospace manufacturer, for the launch. If all goes according to plan, the satellite will orbit Earth at an altitude of approximately 310 miles. For reference, the International Space Station orbits at an altitude of just 254 miles. Although, to be fair, the WISA Woodsat hasn’t rooted itself at all in space yet.