Perseverance Takes a Selfie with Ingenuity on Mars - Nerdist

Perseverance Takes a Selfie with Ingenuity on Mars

What’s more charming than robot friends? Robot friends on Mars, of course! NASA just released an awesome new photo that shows the Perseverance rover and the Ingenuity helicopter in the same frame on Mars. The WATSON camera on the end of Perseverance’s arm captured the pic. That makes the image a selfie, of sorts. And it’s already iconic. 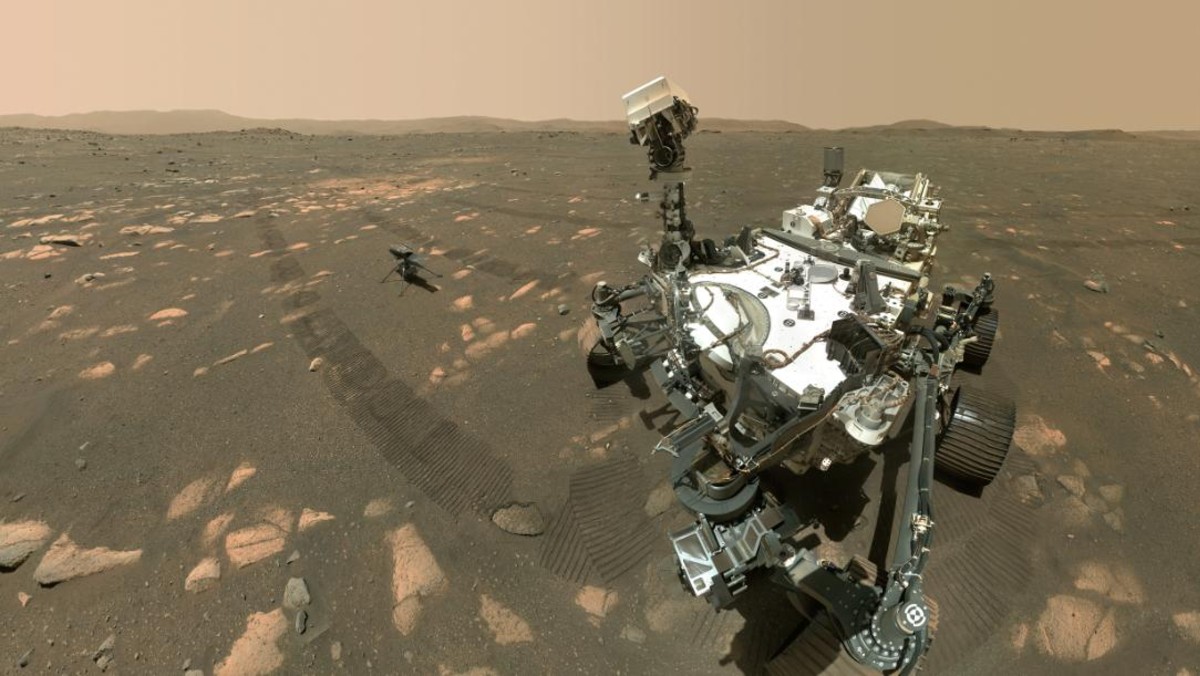 The photo comes just days after NASA’s Perseverance rover dropped the Ingenuity helicopter on Mars. Now, the robot companions are traveling the rocky surface of the Red Planet together. The pair are 13 feet (or four meters) apart in the shot, made up of 62 individual images stitched together by the mission’s team. The rover snapped the images on April 6 and NASA shared them on April 7.

Ingenuity came to Mars in Perseverance’s belly, and separated from the rover on April 3. So far, it’s survived frigid temperatures and is apparently doing just fine on its own, cut off from Perseverance’s power supply. It’s set to take its inaugural flight on Monday, April 12 at 3:30 a.m. ET. Although that’s just a tentative schedule, as NASA could change plans due to weather or wind. (And yes, we can track the weather on Mars thanks to the rover’s MEDA instrument, or Mars Environmental Dynamics Analyzer.) The flight will mark the first-ever use of a powered aircraft on another world.

A lot could go wrong both before and during the flight. But we’ll save those worries for another day. For now, let’s admire this epic selfie of the Perseverance rover and the Ingenuity helicopter together on Mars. It’s not every day we get to see something like this. We stand to learn so much about our big red neighbor in the coming months and years thanks to these robots. I feel like a proud parent seeing them at this moment in history. And thinking of all that will come next.